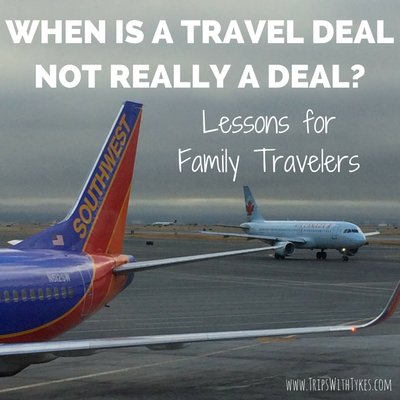 The frequent flyer miles and points community has been buzzing today about a $695 fare from San Francisco to Stockholm on American Airlines for summer travel.  The Flight Deal reported on the fare and one of my favorite Bay Area travel bloggers at Loyalty Traveler spread the word.

Since my husband and I have been contemplating taking the kids to Iceland or Scandinavia this summer, I furiously began searching for options that might work for us.  Unfortunately, I quickly realized that taking advantage of this deal required making two stops and approximately 24 hours in transit.  Take a look at some of these trip durations from one of my searches: 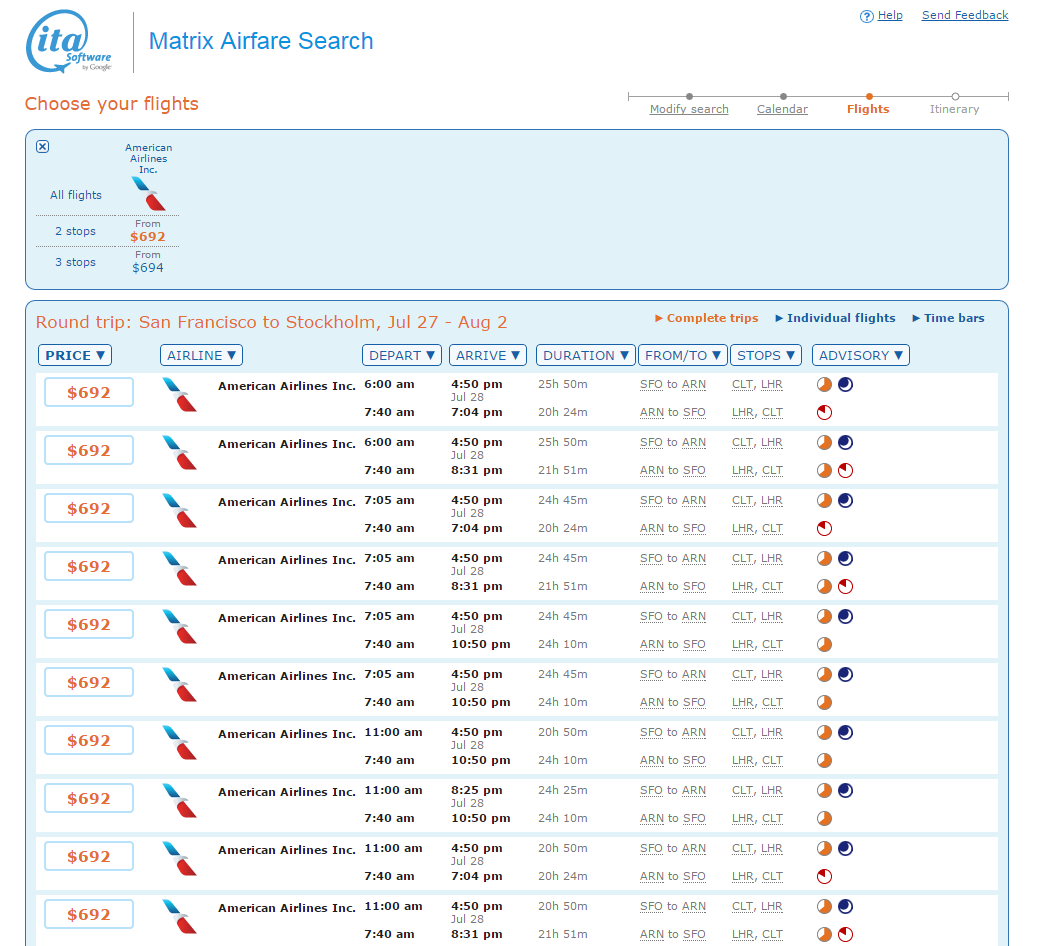 For comparison’s sake, I decided to price out alternatives.  A low cost carrier, Norwegian flies from nearby Oakland Airport nonstop to Stockholm.  Oakland is actually closer to where I live, so it’s even better than SFO for me.  The flight is only about 10 hours, and I found summer roundtrip fares not much over $900 for the same time period.  Norwegian is a low cost carrier so the uninitiated could be hit with extra fees, but my family would work around most of those (we’d likely check one bag). Here’s what a sample Norwegian itinerary looked like (note: prices are in Euros, but the exchange rate is amazing right now!): 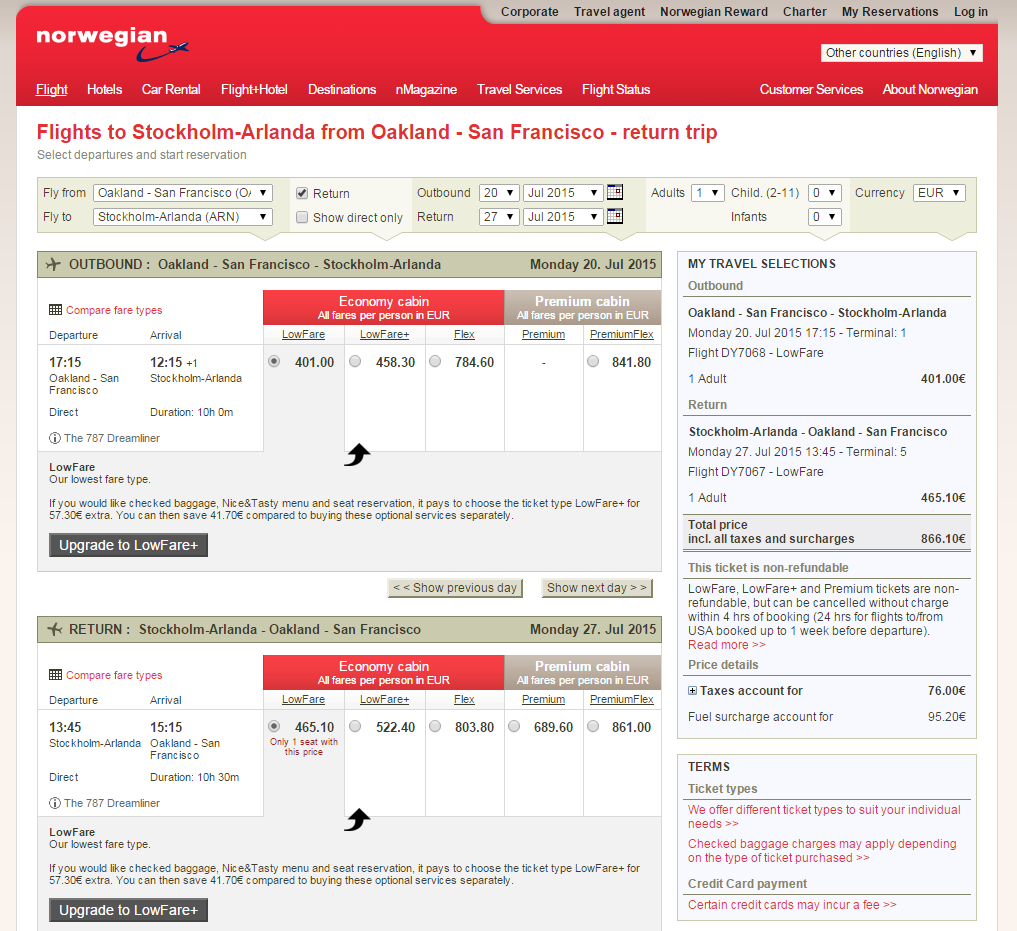 So, which one would you book?  For me, it’s a total no-brainer.  24 hours in transit with two stops would be painful enough for myself as a solo adult.  But with two young kids, it is a total deal killer.  I’d gladly pay an extra $250+ a ticket for a non-stop option.  Sometimes a travel deal just isn’t a deal when you look at the real cost: your time and perhaps your sanity.

This was a real reminder to me that family travelers need to be extra careful in booking travel based upon dollar cost alone.  If you have any flexibility in your family budget, sometimes it is well-worth paying a bit more (whether it be to take a non-stop flight, use a different airport, or use a different airline) to get something else much more valuable in return.

This is great advice. Also add in the cost of meals when you're traveling those 24 hour routes and you'll come out closer than you think in the end.

Couldn't agree more. Realized the truth of this when we flew from SFO to Ontario, instead of Palm Springs, because the fare was cheaper, and then had to contend with a long drive in traffic to get to our destination.....

For the right price and schedule, I think it can be worth it. I actually don't mind longish layovers with small kids if it is a good airport with a play area where they can blow off steam and quality places to get a sit down meal. We took advantage of that AA/US Memorial Day $400 mistake fare for a Thanksgiving weeklong trip to Vienna. It was a double-connection both ways, with the outbound layovers about 4 hrs each and return was 2 hours each stop. We connected in PHL and LHR. On the way out, we had a nice meal in PHL at Legal Seafoods, some time in the US Airways club, and the kids used the play area. This tired them out a bit so they got a few hours sleep on the way to London. LHR had a free family lounge, which was awesome with the long layover. Our kids really enjoyed playing on the equipment for a few hours with the other kids. They still talk about that lounge. We arrived in Vienna around 6pm, took a cab to our hotel, had dinner and went to bed around 8pm. Due to the long travel time, we were all really tired and slept like 12 hours. But this totally worked to our advantage...none of us experienced any jet lag. I was actually surprised. We had a great trip visiting the museums and Christmas markets, seeing a side of Vienna that is obviously different from the summer experience.