Is a Disney Credit Card Worth It?

Looking to save money and maximize travel rewards on a Disney vacation? A Disney credit card is often a popular choice among Disney-going travelers for doing just that. The prospect of earning Disney Rewards Dollars you can use on a future vacation for spending you already do sounds tantalizing. And pulling Mickey or another favorite Disney character out of your wallet every time you purchase something definitely brightens up a bad day. But are the two Disney credit card offerings from Chase really giving you the best travel rewards?

As someone who has been deeply involved in the world of travel loyalty and rewards programs for over a decade, I know that credit cards can be incredibly useful tools to save money on your family’s vacations. There are a plethora of airline miles cards, hotel cards, flexible points cards, and cash-back cards out there in the world. Choosing the right one (or ones) requires research and a detailed cost-benefit analysis. Credit cards also come with risk and potential for making financial mistakes. Everyone should tread carefully.

(Trips With Tykes uses affiliate links which means I may earn a small commission if you purchase through links in this post. See our full disclosure policy linked in the menu at the bottom of this site.)

One of the credit cards many families bound for a Walt Disney World, Disneyland, Aulani, or Disney Cruise Line vacation often consider is a Disney card offered by Chase. Chase actually offers two varieties of this card:

As of August 2021, both cards have interest rates of 15.99%. With that rate, these cards are definitely not for anyone who carries a balance. Paying interest would more than cancel out any rewards earned.

If you pay your credit cards in full each month, however, how do you analyze whether the Disney cards are a good fit for you and your family? And how do you choose between the two card options?

When evaluating any reward earning credit card, I always start by considering the annual fee, if any, of course. After that, I evaluate three more important features in view of any annual fee for having the card:

(Of course features like the interest rates and other fees matter, but you aren’t paying interest or late fees, right?).

Very few credit cards are standouts in all three areas. The Disney cards are no exception to that rule. Let’s walk through all three of these features to help determine whether these cards are worthwhile to you depending upon your travel goals and spending patterns.

One of the reasons many families get a rewards credit card is to take advantage of a generous signup bonus. These bonuses hit your account quickly, usually after meeting a required initial spend in a short period of time. Credit card welcome bonuses are a great way to get some near instant gratification and make significant headway towards free travel.

Some airline and hotel cards regularly offer signup bonuses as large as 50,000-100,000 miles or points. These can sometimes equal over $1000 in travel value depending on how the recipient redeems them.

The Disney cards from Chase, in comparison, offer fairly modest signup bonuses. As of August 2021, the current public offer for the no-annual fee Disney Visa Card is a $150 statement credit after spending $500 on the card within 3 months after account opening. The Disney Premier Visa Card (with the $49 annual fee) currently offers a $300 statement credit when you spend $1000 in purchases on the card in the first three months.

As the Premier will earn a signup bonus that is $150 more in value, the bonus more than cancels out the $49 difference in annual fee. This makes the Premier card initially more lucrative. For that reason, a lot of folks may want to start with the Premier card for one year for the better bonus and downgrade to the regular card later (no guarantees this can always be done, but anecdotally this has been commonly allowed for years).

If you have a friend or family member who already has a Disney card, you should check with them before applying for one of the publicly available offers (or check out this referral from my pal Julie at MomRewritten). Disney sometimes sends refer-a-friend codes to current cardholders that give a somewhat more generous signup offer. Even these increased bonuses, however, are usually less lucrative than many other rewards credit cards.

The bottom line is that the Disney Visa cards from Chase are not great cards if you are looking for a big signup bonus to boost your travel rewards. But the lack of a flashy signup bonus doesn’t necessarily mean you should rule the Disney cards out.

Rewards Earned for Spending with the Disney Credit Cards

With those 2x bonus categories, the Premier Visa may look like the better choice. But not so fast. Remember that the Premier card carries a $49 annual fee, meaning that you would need to put $4900 in spending on this card in the 2% categories every year to break even to make up for the annual fee difference (in years where the signup bonus isn’t also under consideration in the calculation). That’s a lot of spending for many families, especially if you carry other credit cards with better rewards that you might use instead.

In fact, there are a number of other rewards credit cards that offer 3-6% back at gas stations, grocery stores, and restaurants. These kinds of spending are usually more rewarding when put on other cards.

So if you are going to get a Disney Visa, the no annual fee version may ultimately end up being the better value for earning rewards. That’s especially true when it is paired with a more lucrative card or cards with better bonus multipliers for gas stations, grocery stores, and restaurants.

Other Perks & Discounts from the Disney Credit Cards

Although the signup bonus and rewards earnings are fairly weak compared to other rewards cards on the market, there is one field in which the Disney credit cards shine – the extra perks! These cards offer discounts and special access that can really go a long way to making a Disney-loving family’s Disney vacation even better. And these cards do that if used the right way.

Having either of the two Disney cards entitles the holder to the following additional perks and discounts:

The card sometimes has other unannounced perks. In the past, cardholders have been able to have early access to free dining promotions at Walt Disney World. Additionally, there are limited time promotions and discounts continuously announced to keep card holders coming back.

But are these perks enough to justify having the card? Maybe. Frequent Disney travelers can get a lot of value out of the discounts if they already spend a lot on shopping and dining. While new annual passes have been paused at the parks, the Disney Visa is the only way to qualify for these kinds of discounts for many people.

But What About the Disney Debit Card?

But wait – there’s one curveball everyone should consider before getting a Disney credit card. Disney also offers a debit card version, complete with cute card designs. You have to be a Chase checking customer to be eligible.

While debit card holders don’t earn any Disney Reward Dollars, there are plenty of perks that come with the card, including:

The bottom line – if you are mostly in this for the perks and some Disney discounts, the debit card will get you those! Generally speaking, the debit card is a no brainer for a lot of regular Disney travelers who want some of the perks without any other strings attached. Of course, if you aren’t already a Chase checking customer, there are some startup hoops to jump through first.

The Final Analysis: Should I Get A Disney Credit Card?

So, is the Disney credit card right for you and your family? The answer, of course, depends on what your travel goals are as well as what your spending habits are.

If you don’t have many other travel rewards cards (or don’t have any at all), I would not recommend starting with a Disney credit card. Consider one of the more lucrative cards listed in my best rewards credit cards for Disney travel or top rewards credit cards for traveling families first. Then supplement one or two cards from those lists with the debit card version of the Disney card. This combination gets you the Disney perks and discounts paired with a quality travel rewards earning card.

But if you are dead set on a Disney credit card, I think that the no annual fee Disney Visa is a card that makes sense for a lot of families who take an annual Disney vacation. The card doesn’t earn great rewards for everyday non-Disney spending, but the perks of the card are quite useful and valuable to families who vacation with Disney on a regular basis. I would personally use the card for spending only at Disney to earn the discounts. I’d put other everyday spending, however, on a different card that earns cash back or miles and points rewards at higher rates.

The bottom line? A Disney credit card is right for families who don’t carry a credit card balance, who visit a Disney destination at least once a year or more, and who like and use Disney-related discounts and perks. In my opinion, the debit card is an easy call anyone who is already a Chase customer. And as between the credit cards, the no annual fee Disney Visa from Chase is the better of the two Disney cards for most families. 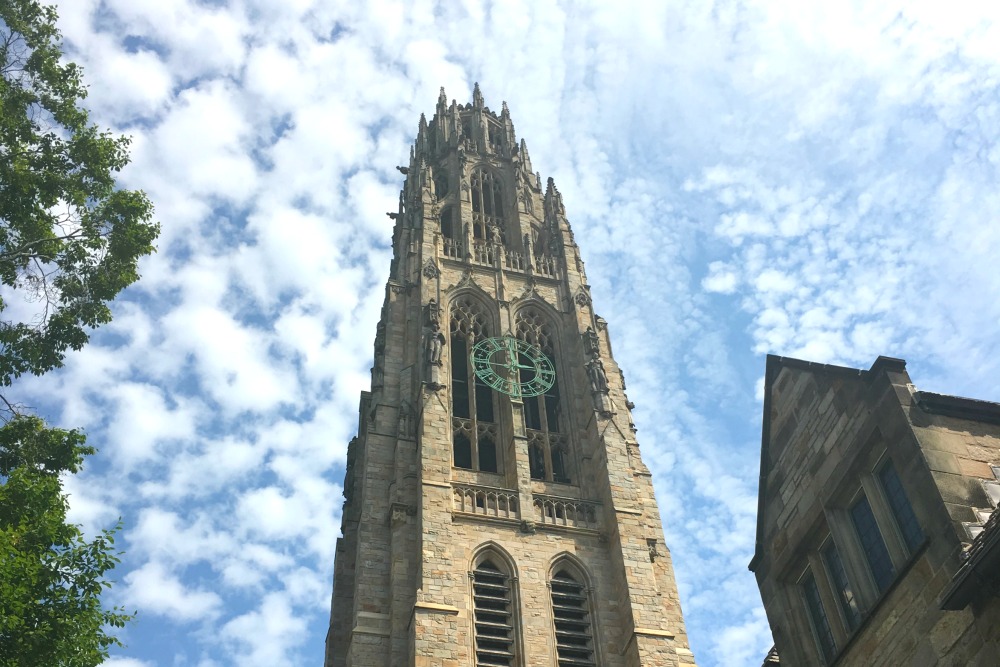 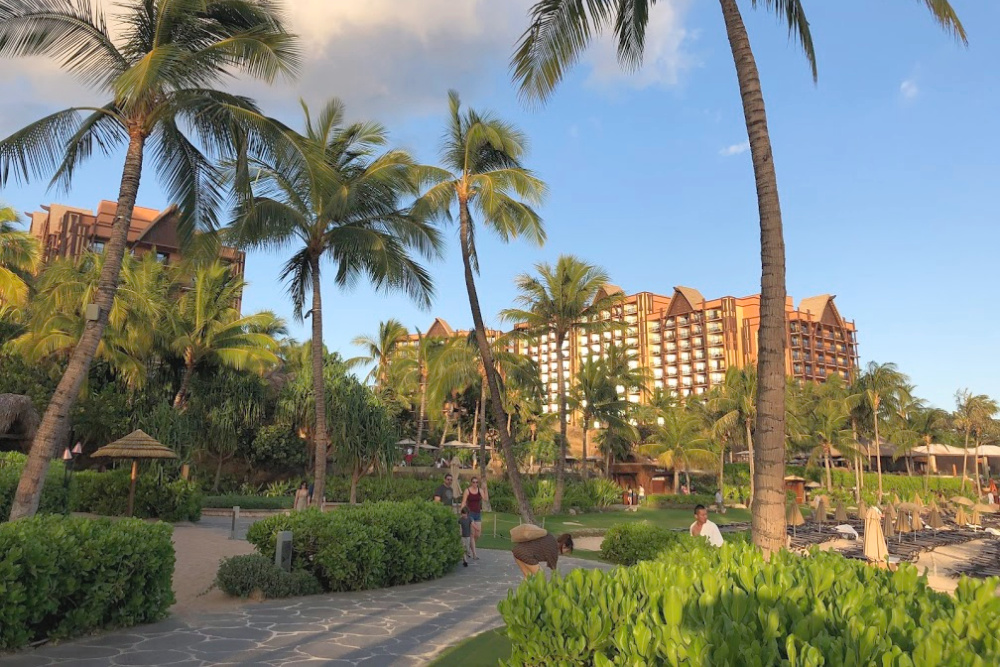 Next
9 Things That Are Totally Different at Disney's Aulani in 2021
Click here to cancel reply.