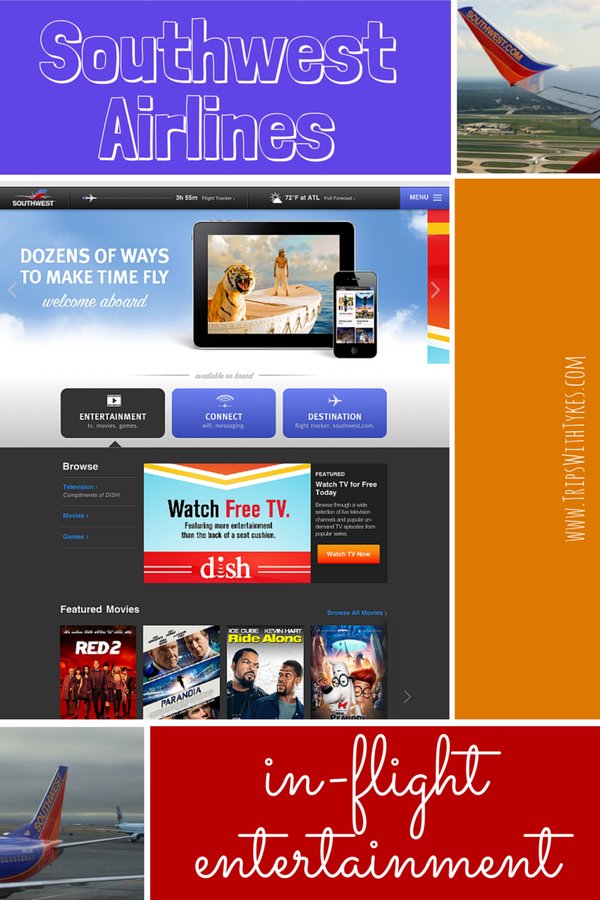 I know there are lots of planners out there like me who want to know what the entertainment choices are going to be in-flight before a trip.  If options are good, that means there is less to plan.  Otherwise, I usually spend some time the night before a trip frantically downloading a new movie or TV show from the iTunes store.  It’s nice when I know I don’t have to do that because the airplane will offer something new.

First, I’ll start with quick overview of the Southwest in-flight entertainment system (IFE) for the uninitiated.  To use IFE on Southwest, you’ll need your own device.  Some users have reported issues with Android devices (see the comments over at Points with a Crew for a possible Android fix), so an iPad, iPhone, or laptop computer is going to have the best shot at working out of the box.  Then you simply connect your device to the WiFi to open up a variety of entertainment options.  These choices include:

You will have to watch a 30 second commercial and enter an email address to use the system (a little annoying), but I think it is a small price to pay for so many free options.  If you want more detailed information on how the system works, be sure to check out my original review of Southwest’s entertainment system published in summer 2013, the update posted in early 2014, and my review of the addition of more kid-friendly choices in mid-2014.  (Update March 2, 2015: as of late February 2015, Southwest is now offering a few animated Disney movie choices.  HT: Michael W. Travels)

On our last few Southwest flight, I had the brilliant idea to take screenshots of all the Southwest IFE options using my iPhone as I browsed.  If you want some photo sneak peeks of the Southwest Airlines in-flight entertainment selections for your next flight, look no further. 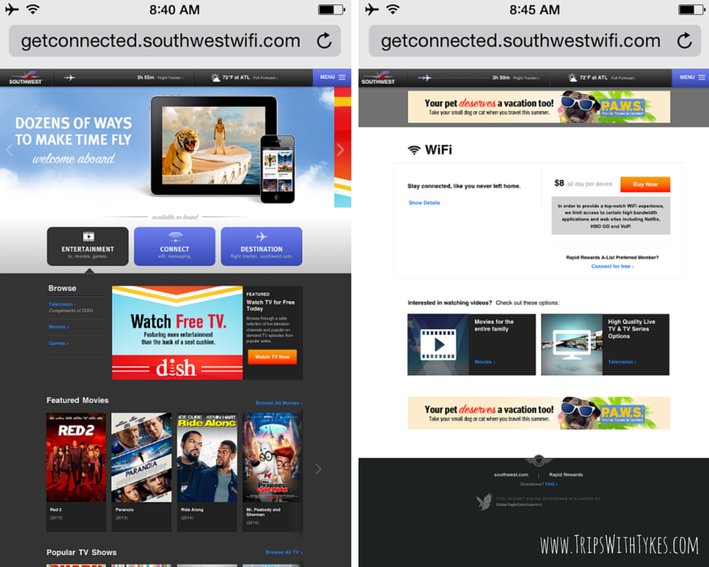 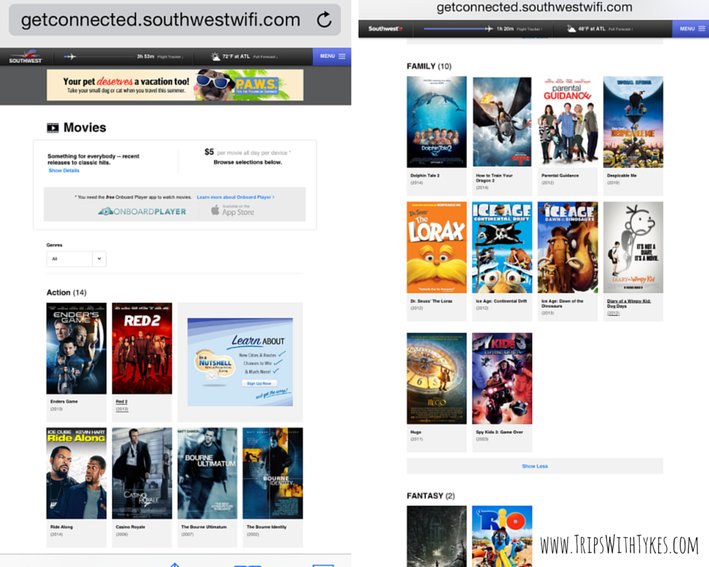 Movie landing page and the selection of kid-friendly movie options ($5). 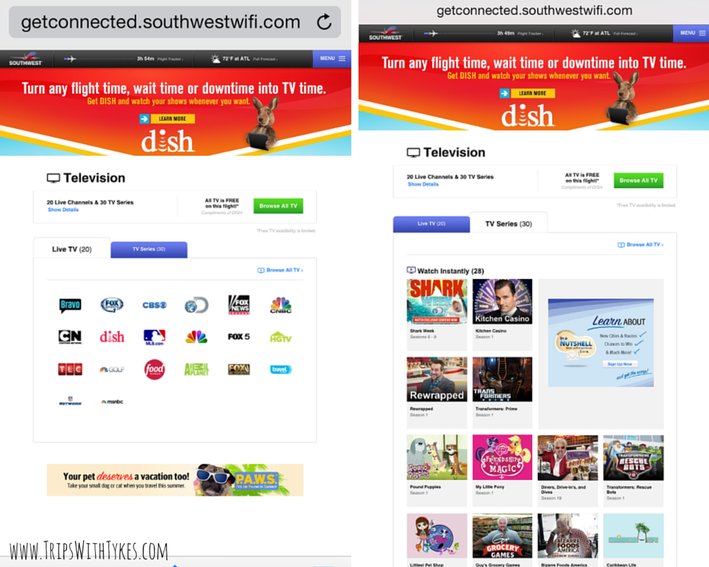 Live TV main page and a selection of the streamable TV shows (free). 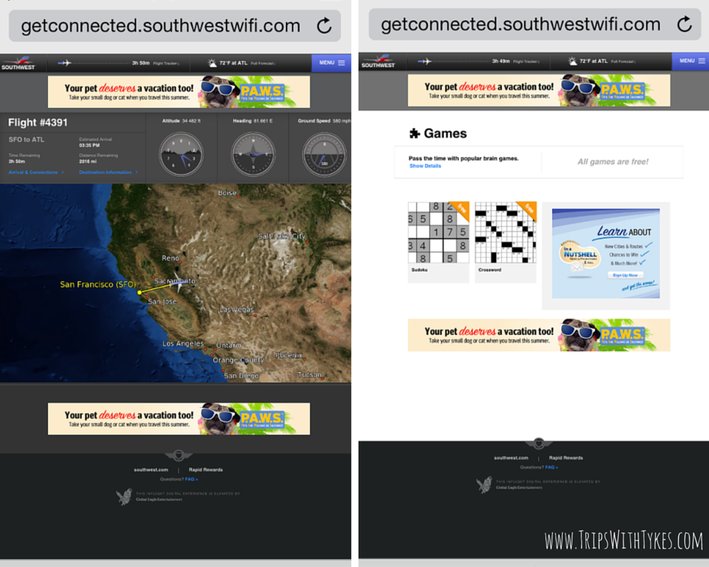 For those of you who “luv” Southwest as much as I do, be sure to check out my complete guide to flying Southwest with kids and follow my LUV Southwest board on Pinterest:

Best Airlines to Fly with Kids: Ranking the Best and Worst in the USA - Trips With Tykes

Points with a Crew

Nice post! I just flew Southwest again and can confirm that there is a fix for Android devices not working. I've got a followup post on this coming up later this week