One of the biggest challenges of traveling with kids is navigating through large airports. Each airport is laid out differently, has different amenities, and presents different challenges when it comes to traveling with kids. Wouldn’t it be great to know what to expect at different airports all over the country before you travel with your little ones? Trips With Tykes to the rescue! Today’s SFO airport guide is part of my series examining all the details of various airports from a family travel perspective, with a special eye to the challenges that parents of babies, toddlers, and young kids face. 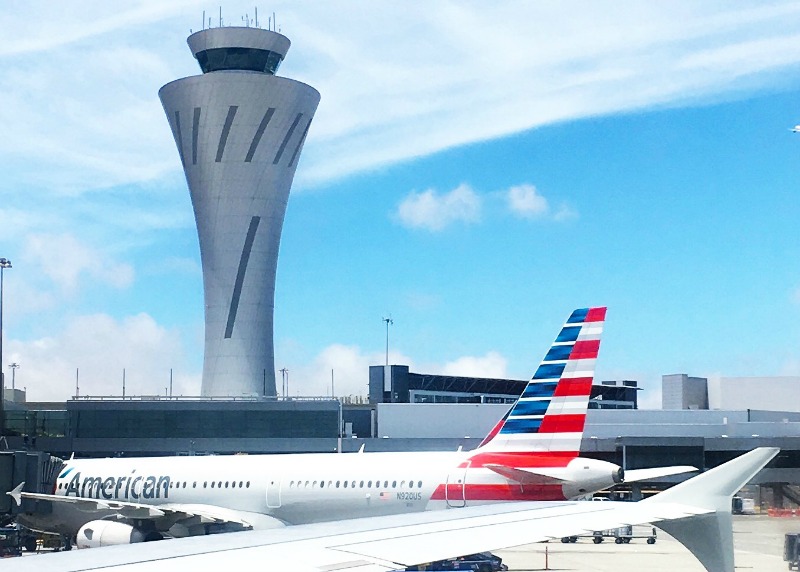 San Francisco (SFO) is one of my two “home” airports in the Bay Area (see my tips for Oakland Airport too!). San Francisco is a popular family travel destination and a major hub for several airlines, so many family travelers end, start, or pass through SFO during their travels. I have started and ended dozens of trips with my kids at SFO on nearly every airline and in every terminal, so I’ve gotten to know it quite well. SFO airport turns out to be remarkably kid-friendly and fairly easy to navigate compared to many major U.S. airports.

Here are the essential facts you need to know when navigating SFO airport with kids:

Transportation To & From SFO Airport with Kids 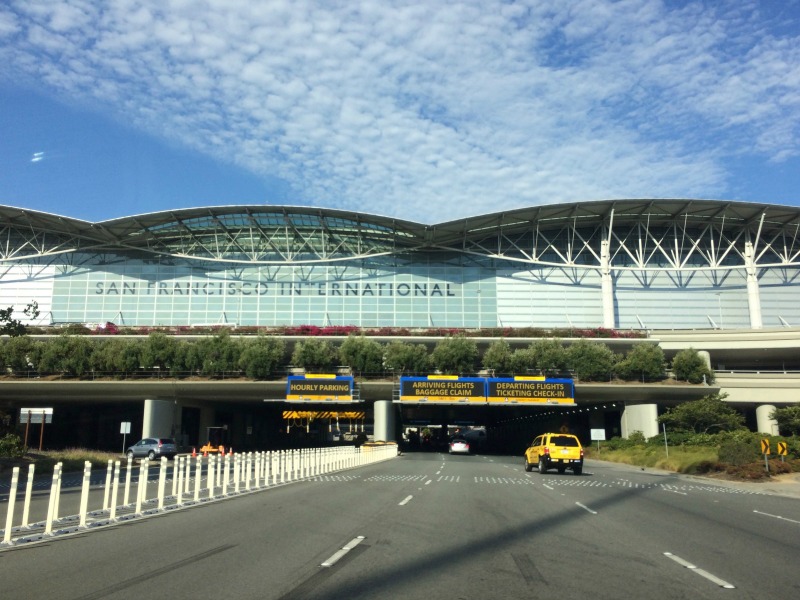 SFO is located about 13 miles south of downtown San Francisco, and there are a variety of ways to get to and from the airport, depending on where you are going and your level of mobility with your kids. 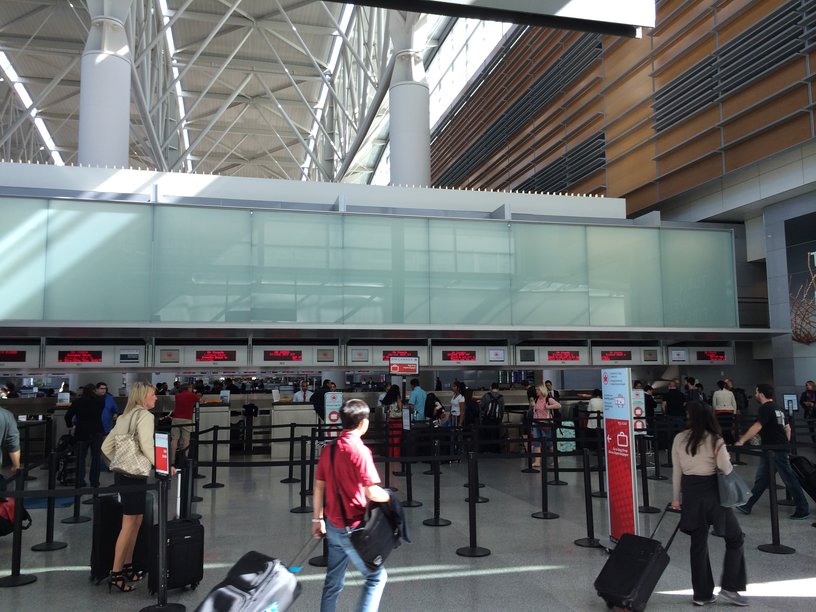 Once you’ve gotten yourself to the airport, what can you expect next? Transit within SFO is provided on the free AirTrain, which connects the terminals and some short-term some parking areas outside of security (before you get to the ticket counters). In my experience, AirTrain is speedy, clean, and convenient if you need to use it.

SFO has four terminals – Domestic Terminals 1, 2 and 3 and the International Terminal (which is divided into two parts, A & G). United is located in Terminal 3, Virgin America (and some Alaska) and American are in Terminal 2, and Terminal 3 is home to Delta, Frontier, and Southwest. JetBlue, Hawaiian, Alaska, all the international carriers, and international flights on U.S. carriers can be found in the International Terminal. Be sure to check the SFO Airport’s Airline Information page for the latest airline location information, as construction and expansion results in some changes.

Each of these terminals has its own security checkpoint. Only a very few of the terminals are connected on the sterile side of security (namely United in Terminal 3 and the International Terminal Boarding Area G), so don’t expect to be able easily to move between terminals to access lounges, dining, or other amenities. There are efforts to connect some more of these terminals, but that will take time.

Most of these terminals are fairly compact and easily walkable for kids who have outgrown strollers, as you can see by the map on SFO’s website. United’s Terminal 3 is the longest walk for kids if your gate happens to be near the end of the terminal (approximately gates 87-90). But there is a play area at the end of this terminal (see below), so there is payoff after the trek!

I’ve passed through SFO dozens of times with kids and I’ve found the security lines to be exceptionally pleasant compared to many other major airports. Perhaps that is because SFO is one of the few airports that uses private contractors rather than TSA employees to staff security. Lines can be long at peak travel periods, but SFO has family lanes at every terminal that often allow you to cut the worst of the lines when traveling with kids. In addition, if you have TSA Pre-Check, your kids can accompany you through expedited screening. SFO also has CLEAR, a paid cut the line service at all terminals, that can save you even more time. Just watch out for early morning and late night redeyes, as the CLEAR checkpoint has shorter hours than the TSA lines in general. 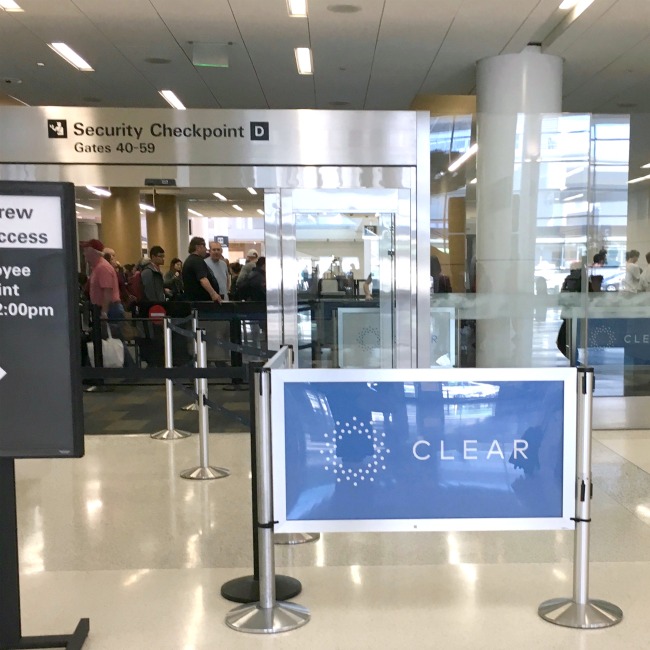 One of SFO’s CLEAR lanes.

I have also had mostly good experiences when dealing with the actual screening process. SFO agents are used to seeing lots of families traveling with babies and young kids and usually don’t go overboard in screening bottles, juice boxes, and the like. If you are traveling with extra liquids, SFO agents usually do a quick and easy swab test on your items. Only very rarely have I had to undergo an enhanced pat-down as a result of carrying liquids (that process is, unfortunately, par for the course at many other airports).

Once you are in the airport, SFO is quite kid-friendly as well. Very few airports have a “Traveling with Kids” section on their websites, but SFO does, which demonstrates its greater commitment to making the travel process a bit more pleasant for families. 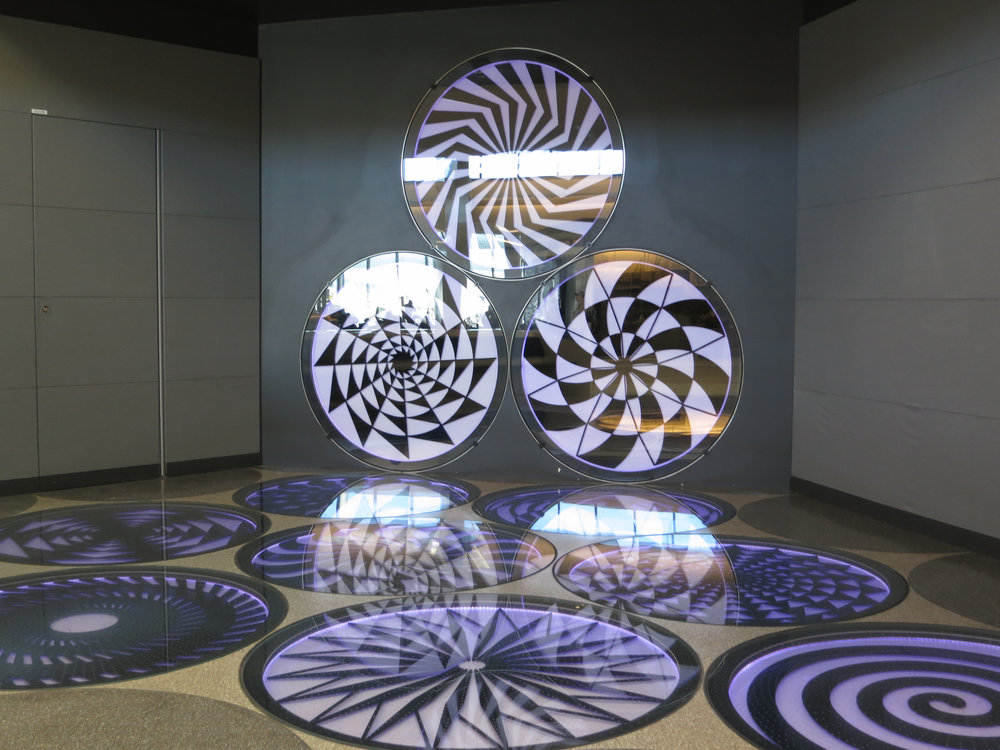 This moving art installation will entertain your little ones in Terminal 3 (United).

Your kids won’t be bored at SFO on a long layover or flight delay, as there are play areas at several strategic locations in the airport. At the end of Terminal 3 near United’s gate 87A is a weather-related play area that has entertained my daughter on many occasions. Terminal 2 also has a “Kids Spot” with a kinetic play installation. Newer to SFO is a moving art installation in Boarding Area E in Terminal 3 that our daughter loved exploring. Terminal 1 just added a play area of its own in the past few months that gives active kids spaces to climb and jump. 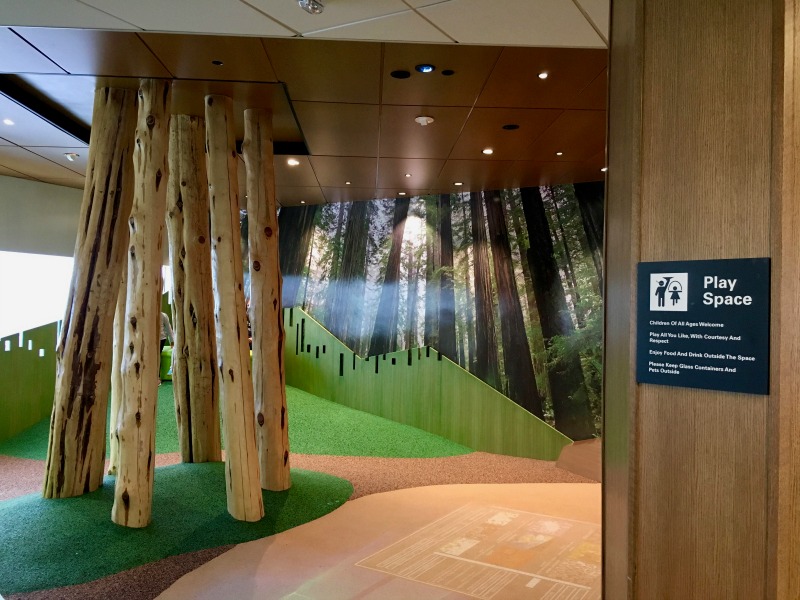 There are plenty of other interesting museum-style exhibits all over the airport that change regularly that kids may find interesting. 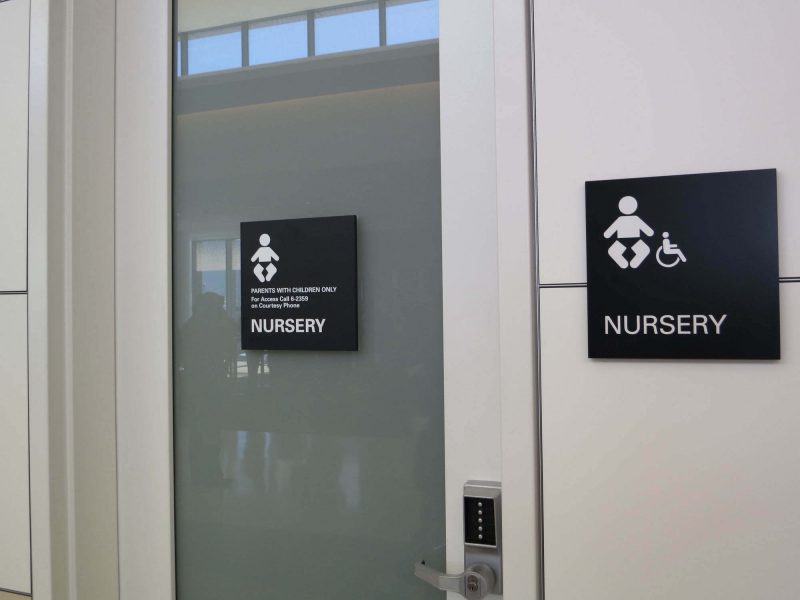 The nursery in SFO Terminal 3E – how nice & convenient!

If you are traveling with a baby and want a private spot to feed, SFO is as good as it gets. All the terminals have nurseries with a private space where you can nurse, pump, or change diapers if you wish. That is an extremely rare amenity in most U.S. airports.

Dining in SFO reflects the foodie culture of the area, and fast food is therefore significantly less present than in many major airports. But foodie doesn’t necessarily mean adults-only. You can certainly find reasonably healthy and kid-friendly meal choices for your little ones at most restaurants.

Have you traveled through SFO with kids?  What other tips would you add?  Any challenges you’ve faced?

Hello Leslie! I really enjoyed your blog. I'm new to the blogging world, but have been thinking about starting my own blog. I love how you have so much information packed inside of your blogs!

I'm also a mother who will be traveling and I read your blog about the best and worst ages to fly with your little ones. I loved it because it absolutely made sense and pointed out some things to think about.

Right now my little one is going on three months, but I know I would like to travel in the near future so reading your blog was extremely eye opening.

[…] that dump everyone into the same set of terminals (e.g, ATL, CLT, SNA, and even some terminals at SFO). It doesn’t matter which checkpoint you go through because you can go to any gate after you […]

[…] that they can look into alternate airports for me, particularly if I’m flying back home where San Francisco, Oakland, and San Jose are all within reasonable driving […]

[…] Finally, a great way to avoid bad TSA lines is to avoid the busy airports notorious for them.  In certain markets with only one airport (like Atlanta or San Diego), traveling families certainly have no choice.  But many major cities, there are two or more airports from which to book your travels.  I always try to book into and out of smaller airports because lines are routinely shorter and more humane.  For example, I now go out of my way to book flights from Oakland Airport in the San Francisco Bay Area because the TSA experience is so much better than at SFO. […]