I have vivid childhood memories of the early days of the Grand Floridian Resort at Walt Disney World. My family visited Disney World often in the late 1980s. We often stayed just across the lagoon in the Polynesian on several trips and witnessed the building of the resort. I remember being in awe of how luxurious and grand the hotel would be. I also remember promising myself “I’m going to stay in that hotel one day.” 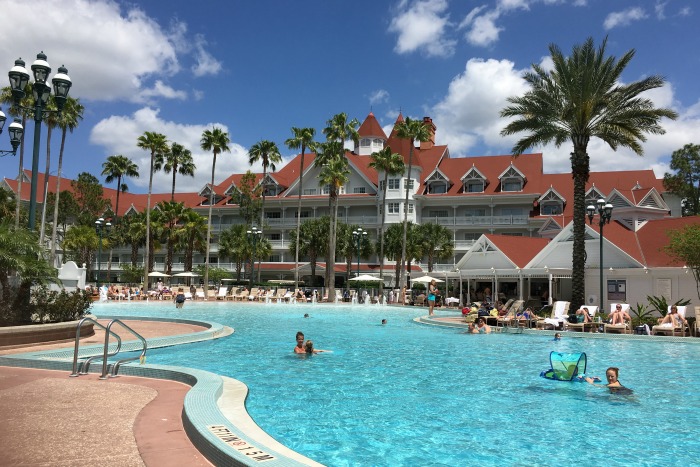 Well, that day finally came … 28 years later! During my visit to Walt Disney World this spring for a Disney press weekend and retreat, Disney hosted me for two nights in the Grand Floridian. To say I had big expectations after nearly three decades of waiting is probably an understatement. 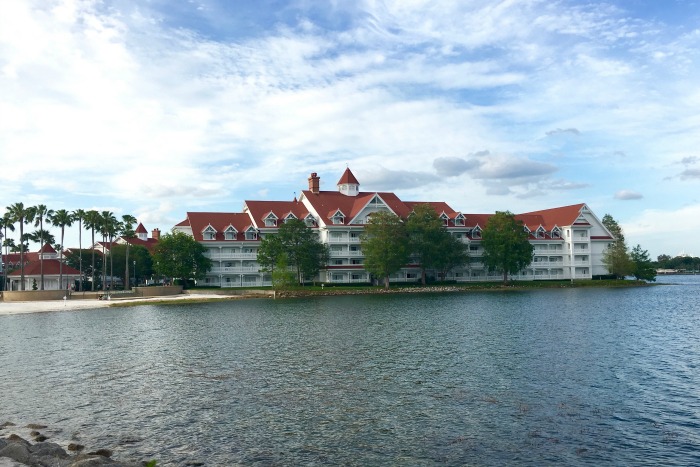 I can’t say, however, that the Grand Floridian truly has any location advantage over the two other deluxe resorts, the Polynesian Village Resort and the Contemporary, that also are on this same monorail loop. In fact, the Contemporary has the additional advantage of being within walking distance of the Magic Kingdom. The Polynesian is within walking distance of the Transportation and Ticket center which also has monorail service to Epcot. These other two resorts are often priced a bit lower. For me, it would be more a question of style when choosing among these three. 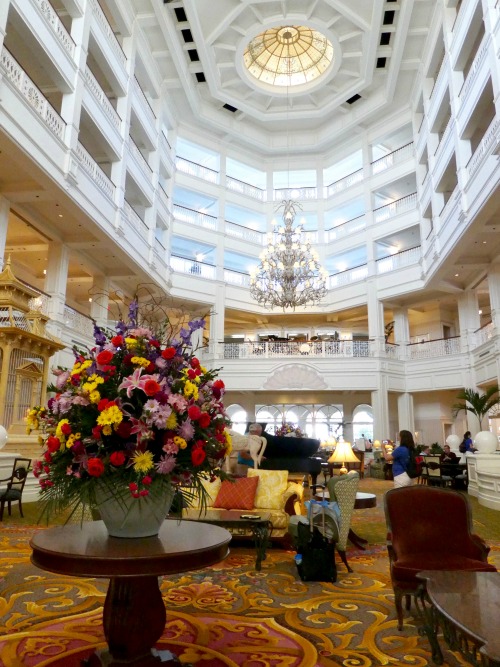 The grandest part of the Grand Floridian is undoubted the magnificent hotel lobby. The white Victorian architecture, glistening chandelier, and historic elevator set a scene of elegance and sophistication. At the same time, it doesn’t feel like a stuffy museum where you can only look and not touch. It feels accessible. Kids can roam freely and explore the hidden Disney characters in the marble floors. Adults will find it inviting to sit for awhile and simply enjoy the sights and sounds.

The Grand Floridian’s lobby is home to some of the best entertainment of any Disney hotel. A solo piano player playing classical versions of Disney hits can often be found at work during the day. In the evenings, the Grand Floridian Society Orchestra plays from the balcony overlooking the lobby.

The crown jewel of the lobby entertainment offerings – for children at least – is the Princess Promenade which happens daily at 3:30 pm. Cinderella, Prince Charming, and other royal guests escort children down the hotel’s majestic staircase and post for photos. They finish the event off with a grand waltz in which everyone is invited to participate.

Then hotel’s grandness extends elsewhere to other common areas. The landscaping all over the hotel grounds is immaculate. All the little Disney touches everywhere really stand out. The two large pools are also breathtakingly beautiful. The splash playground for kids at the Mad Hatter pool is especially well themed, embracing the whimsy of Alice in Wonderland. It’s fun while still being sophisticated. My kids weren’t with me on this trip, but judging by their reaction to other similar water playgrounds (like Menehune Bridge at Disney’s Aulani), this spot would have been a major hit. 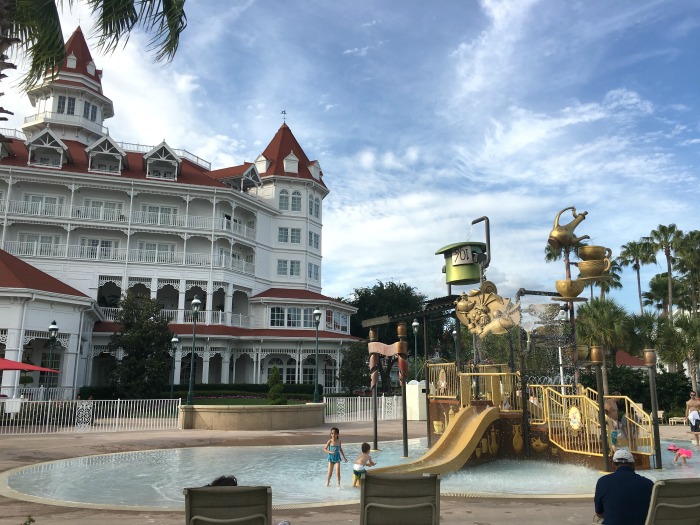 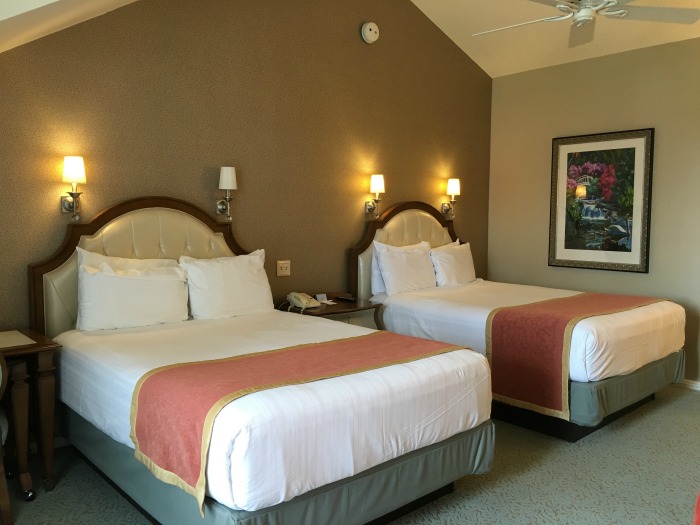 Compared to the common areas, the rooms at the Grand Floridian disappoint just a bit. They are well-appointed and have all the deluxe Disney resort amenities, but they didn’t quite wow me. I found them more like rooms at a Marriott Marquis than at a Four Seasons – exceptionally nice but not truly high end. Not that Marriott Marquis touches aren’t acceptable, but their accommodations also don’t usually command Grand Floridian prices.

The one little extra touch that the rooms do have over every other hotel at Disney World is turndown service. Chocolates with the Grand Floridian logo on them can’t be beat after a long day of walking around the parks. 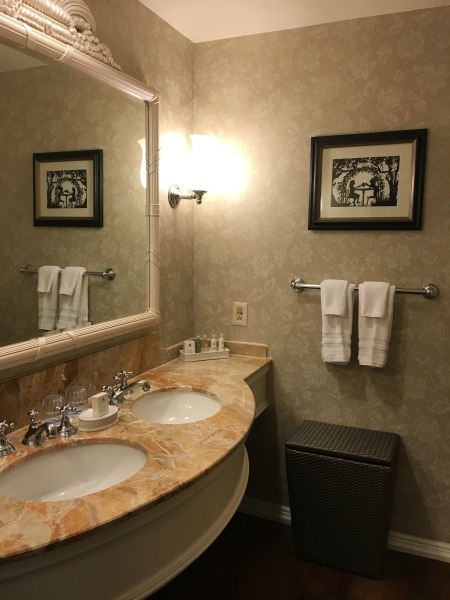 What can you find in the room? I was in a two queen room on the second floor of one of the outer buildings, which had vaulted ceilings that very much opened up the space. The decor was understated, with a few magical Disney touches like the “Once Upon a Time” pillow on the chair. The room also came with a mini-refrigerator, coffee-maker, and small desk. The rooms were spacious for family travelers and had a pullout sofa that would work well for travelers with kids.

Family travelers will also appreciate that the entire bathroom (including sink area) can be closed off from the room. I always find that layout helpful if adults are getting ready before the kids wake up or after they go to sleep. There’s a pocket sliding door to close off the sink area and then a further regular internal door to close off the shower and toilet room.

During our trip, I experienced nothing but excellent and elegant service at the Grand Floridian. When my bags hadn’t quite made the transfer from my previous hotel (Disney will transfer bags if you “resort hop” as I did this trip), the front desk worked mightily to locate them quickly so I could get ready for my evening events. The bellman then who brought my bags to my room not long after happened to be an alumnus of the same school where I attended law school. We ended up talking for half an hour about all our connections, along with our love of Disney and travel. I can truly say I’ve never had a more fascinating conversation with hotel service staff than I did with him.

The other service standout comes at the door as you enter the Grand Floridian. Greeters welcome guests as they exit their cars and walk toward the lobby. Most famous among them is Richard, a true Disney living legend. This 94 year old gentleman retired to work at Walt Disney World and and is now famous enough that he has his own Facebook page. The attention, however, hasn’t gone to his head; he simply makes every guest feel like a VIP the moment they set foot on the property.

Sadly, a few of my fellow travel companions experienced a few service hiccups at the Grand Floridian during this same trip – bags not being delivered in a timely fashion, less than stellar front desk service, and the like. With a hotel as large as the Grand Floridian, I imagine there are occasional problems, but I didn’t personally experience any chinks in the armor at all.

Another grand feature of the Grand Floridian is the dining. The Grand Floridian is truly a mecca for food lovers. The hotel is home to Walt Disney World’s most highly rated restaurant, Victoria & Albert’s. Bring your platinum card because it is pricey. And getting a reservation may be the hardest part. It’s regularly sold out as soon as the dining reservation windows open to guests 180 days out. 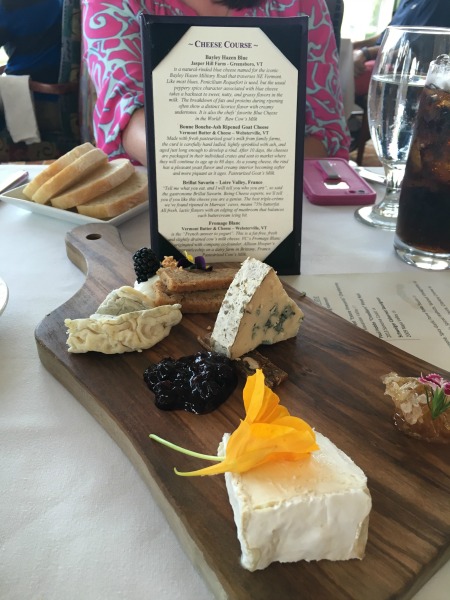 There are two other highly rated restaurants on-site, Narcoossee’s and Citricos. I dined at Citricos with two friends during my stay and I found it to be one of my better Walt Disney World meals. It’s fairly easy to get a reservation here as well, perhaps because it is overshadowed by the bigger restaurant names on site.

Of course, character dining is available as well at the Grand Floridian. 1900 Park Fare offers both buffet breakfast and dinner with the characters. The hotel also has a table service restaurant, the Grand Floridian Cafe, along with several lounges and tea service.

Finally, the hotel also has a quick service restaurant, Gasparilla Island Grill. I popped in for a quick afternoon snack on my arrival day and found the choices quite varied. Lots of healthier options abounded even among the usual pizza and nuggets that are Disney quick service staples. 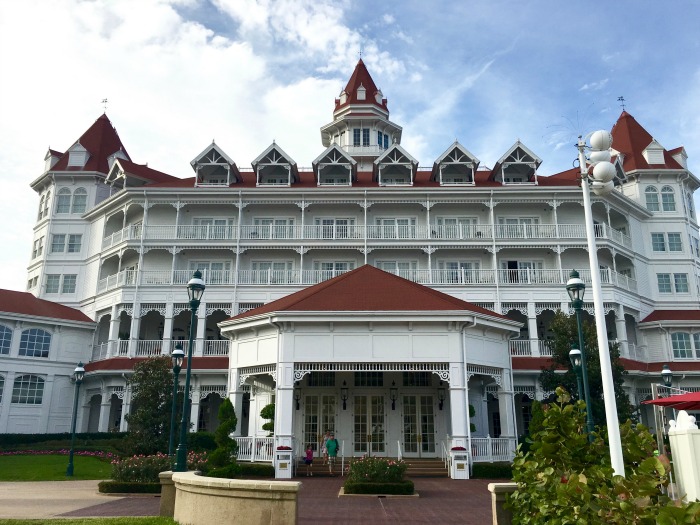 On to what really matters – is the hotel ultimately “worth it?” The current rates over the next several months for the most basic garden view rooms range from $574-822 a night. Of course, a variety of room discounts are sometimes available. If you happen to book a room during a sale or can have access to a special meeting or convention rate, rates more like $350-500 are sometimes well within reach.

It’s also possible to rent condo accommodations in the Disney Vacation Club units in the Villas next door. Renting DVC points direct through an owner offer further opportunities for savings or at least the chance to get larger accommodations for the same amount of money.

So given all of this, would I stay at the Grand Floridian again and recommend that others do the same? Absolutely, but only in a limited range of circumstances. I can’t say I would ever pay the rack rate. Some of the price markup is well worth it for the uniqueness of the hotel and the amazing location. As little as I stay in my room on a Disney vacation, however, the value just isn’t there for me personally. I recognize that many families travel differently than I do. If the hotel experience matters to you or you want easy access to a variety of fine restaurants, the hotel may well earn its price tag. For a special occasion or if I was traveling with young kids and didn’t want lots of transportation hassles, the Grand Floridian would definitely be on my list if a small discount were available.

Finally, even if the Grand Floridian is too grand for your family’s budget, it’s well worth spending some time there on any Disney vacation. The grand lobby and restaurants can – and should – be enjoyed by all Disney guests. 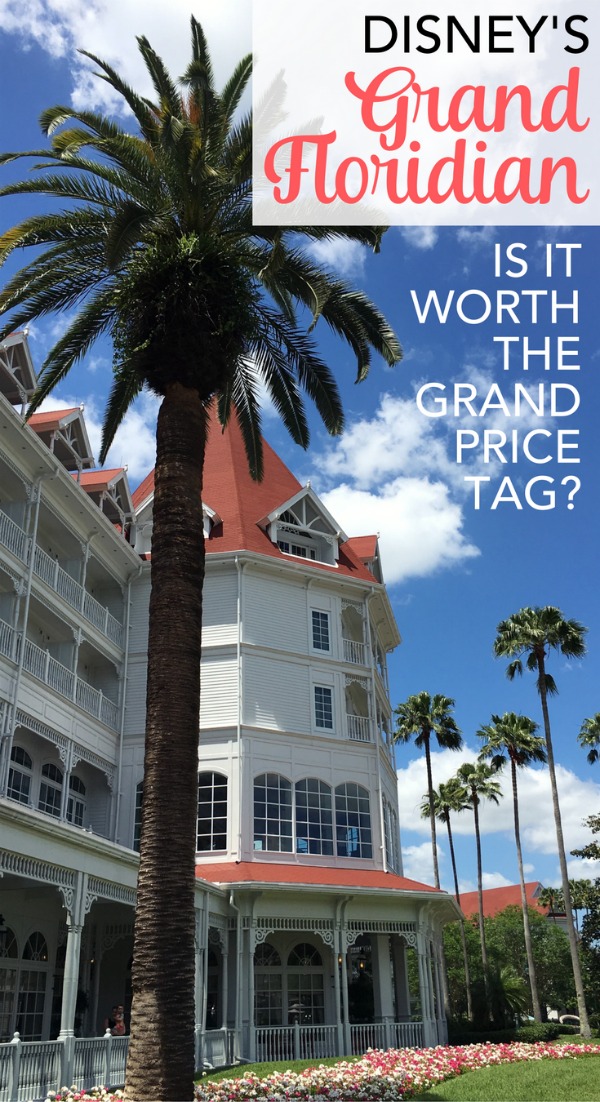 For more Walt Disney World deluxe resort reviews,
check out the other great posts from the Blogorail!

Disclosure: Disney hosted me for two nights at the Grand Floridian for a press event. As always, all opinions are my own.

We have been to Disney many times but have never stopped into the Grand Floridian - we usually stay at the Beach Club. Your post makes me want to pop in there next time we are at Disney! This post had a lot of great info in it - thank you!

The Grand Floridian is without a doubt the best hotel on Disney Property. Sure, it comes with a hefty price tag, but the experience you will have there is unlike any other on property. Your review was very well written and accurate. However, I disagree with your take on the rooms. I happen to prefer the new look of the rooms over the old look, which included floral patterns on everywhere from the bedspreads, to the wallpaper, to the curtains, and to the carpet. The new rooms give the hotel a cleaner and fresher feel. And the DVC villas, my god! They might be more luxurious than the hotel rooms. TV's in the bathroom mirrors, hardwood floors, marble bathrooms with walk-in rain showers, and exquisite moldings throughout are just a few features the villas have to offer. You really can't go wrong with any of the deluxe resorts, but if you are willing to pay for the Grand, it is MORE than well worth your money!

Disney's Grand Floridian Resort & Spa really is the jewel it is forecast to be. Back in the day, it was our go-to resort, though as we now downsize, we return as visitors only; the LOBBY, the Cast Members, the dining and lounge choices simply can't be beat. My vote is YES!

[…] you are curious about various Disney-owned lodging options in Orlando, you are in luck! Check out this post on Tripswithtykes with her thoughts on staying at Grand Floridian resort.  Then scroll down, and you’ll see links to reviews of all the other properties. My personal […]