In order to experience the best pools on a Disney vacation, you usually need to pay deluxe Disney resort prices. That’s why I was so thrilled to discover a deluxe-quality pool at one of Disney’s moderate resorts, Coronado Springs, during a recent Walt Disney World visit. 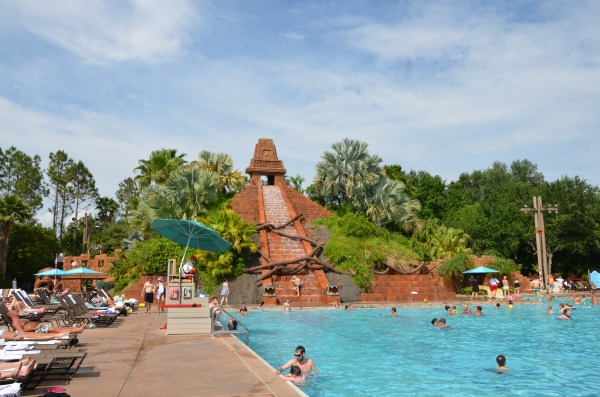 The Lost City of Cibola Pool and Mayan Pyramid at Coronado Springs.

Disney’s Coronado Springs Resort is one of Walt Disney World’s moderate resorts, usually frequented by business travelers because of its large on-site convention center. Depending on the season, prices for standard rooms at Coronado Springs can be as low as about $180 a night. High season brings prices closer to $300 per night. It’s definitely not a steal, but this is a significant discount over Disney’s deluxe resorts like the Polynesian and Grand Floridian where nightly prices exceed $700 during the busiest times. 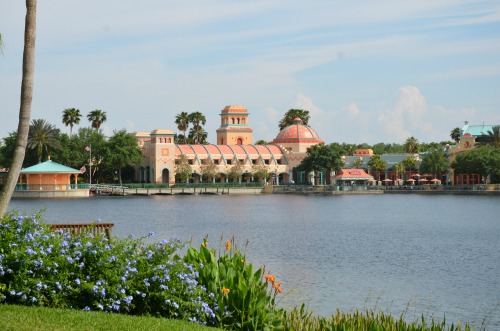 View of the Coronado Springs Resort’s main buildings from the Dig Site.

Due to its size and layout, Coronado Springs is a bit of a mixed bag overall for families, but the pool is truly a standout.  If you have little ones who love the water, the Coronado Springs pool is the place to be. 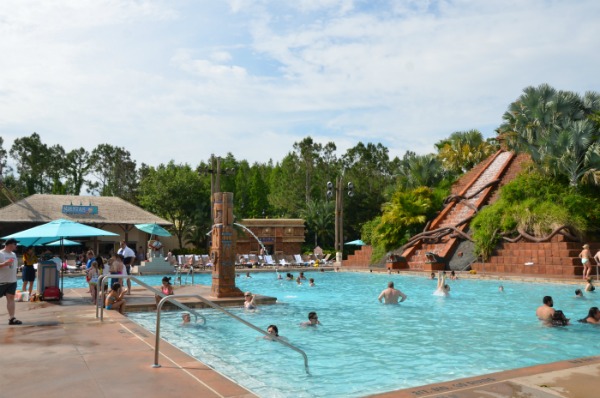 The Dig Site pool, with the pool bar and arcade in the distance.

The entire pool area is called the “Dig Site,” and the main pool is the Lost City of Cibola pool.  The centerpiece of this pool is a giant Mayan pyramid to tie it in with the old world Mexico theme of the resort, complete with a waterfall coming down the front.  The pool features a water slide with just the right amount of thrills for older kids while still being doable for younger ones.  The pool area is surrounded by legions of lounge chairs and a few umbrellas.  Lifeguards are on duty in several strategic spots, and there are even life jackets to borrow for younger children who may not be water safe. 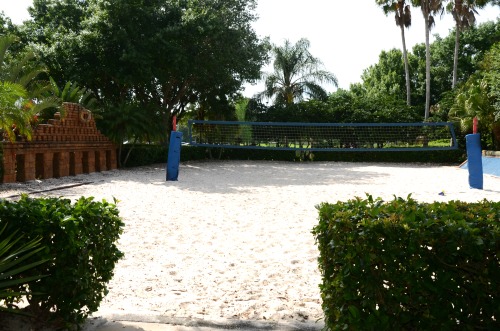 There is plenty to do around the pool area, making the Dig Site a destination where families can spend quite a bit of time on hot days.  Next to the Lost City of Cibola pool is a kiddie pool for younger children.  The Dig Site also boasts the largest hot tub at Walt Disney World. 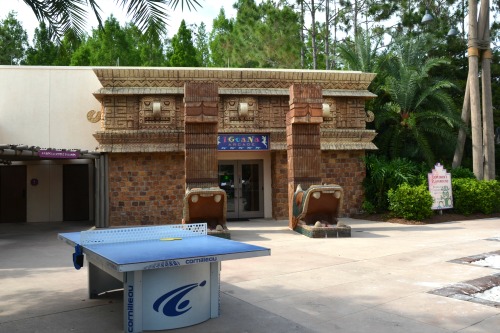 For non-water activities, the Dig Site includes an adjacent beach volleyball court as well as Iguana Arcade for the kids.  Children ages 2-12 can also hit Explorer’s Playground which is themed as an archaeological dig.  In the evenings, the Dig Site hosts a campfire to roast marshmallows as well as  Movies Under the Stars, where families can watch a favorite Disney film on the big screen from lounge chairs or even from within the pool. 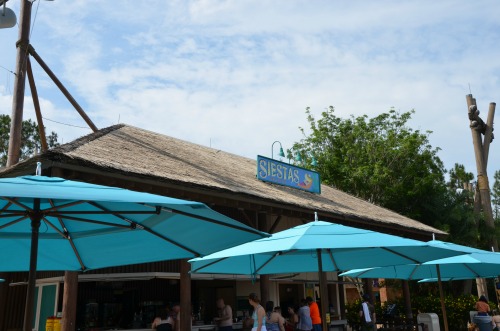 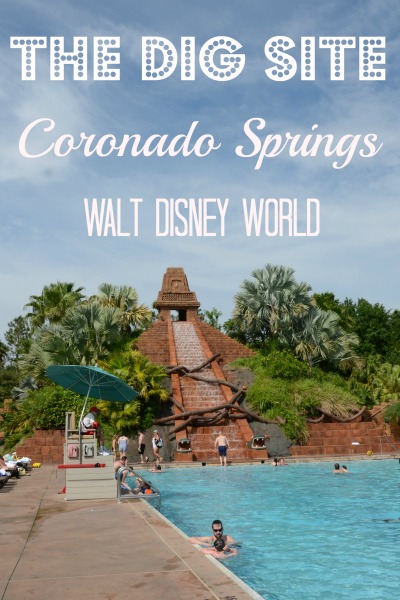 Disclosure: I was hosted by Disney during two nights of my stay at Coronado Springs and paid a media rate for a third night.  As always, all opinions are my own.

Which Disney World Resort is Best for Your Family: Value vs. Moderate vs. Deluxe - Trips With Tykes

Great Pool... Lots of memories at the Dig!!

Oh wow, I had no idea that Coronado's pool was that cool. It definitely looks like more than a moderate!

Great post! I am always drawn to Coronado but the time we stayed on cash vs DVC points it wasn't available. It's such a cool looking resort, I am glad to hear the pool is so nice as well. Can't wait to stay there!

We loved this pool when we stayed there. The kids play area was also a winner. But the roasted marshmallows in the evening stole the show!