Although I try not to fly United much anymore, a recent trip to Charleston in March made it impossible to avoid my “favorite” hometown airline.  But there was a silver lining to this dark cloud, as the trip offered me a chance to check out the recently opened Boarding Area E in United’s Terminal 3 at SFO.

The opening has gotten a lot of press, and I must say that it deserves all the attention.  The area is beautiful and is filled with natural light.  No more dingy airport terminals!  The area feels very open and provides for some great plane-spotting viewpoints.  Also of note to Bay Area techies — the boarding area has been wired for the 21st century and beyond.  There are ample spaces to plug in your laptops and smartphones.  The center of the boarding area has a huge bank of desks perfect for those who need space to spread out and plug in. 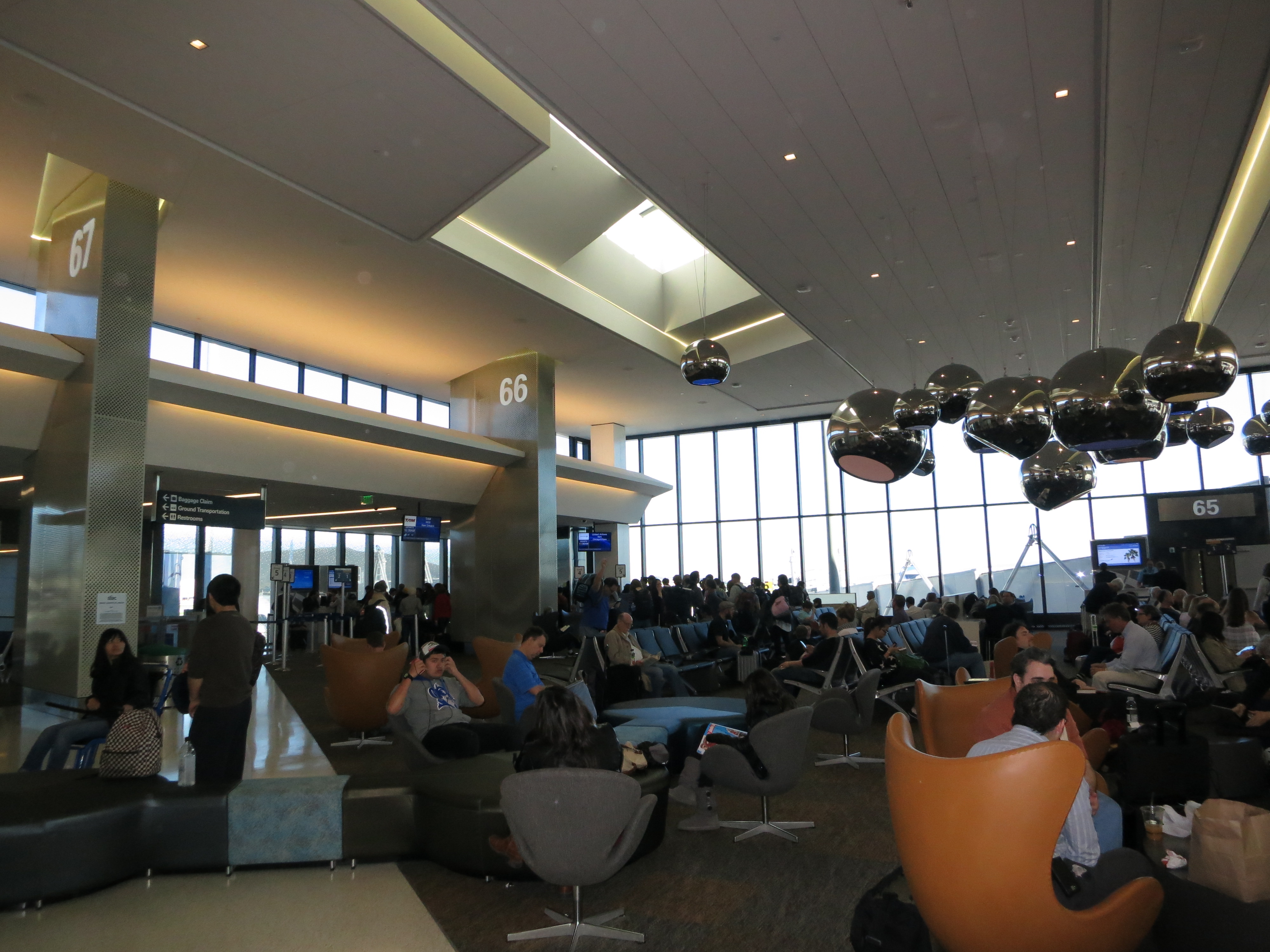 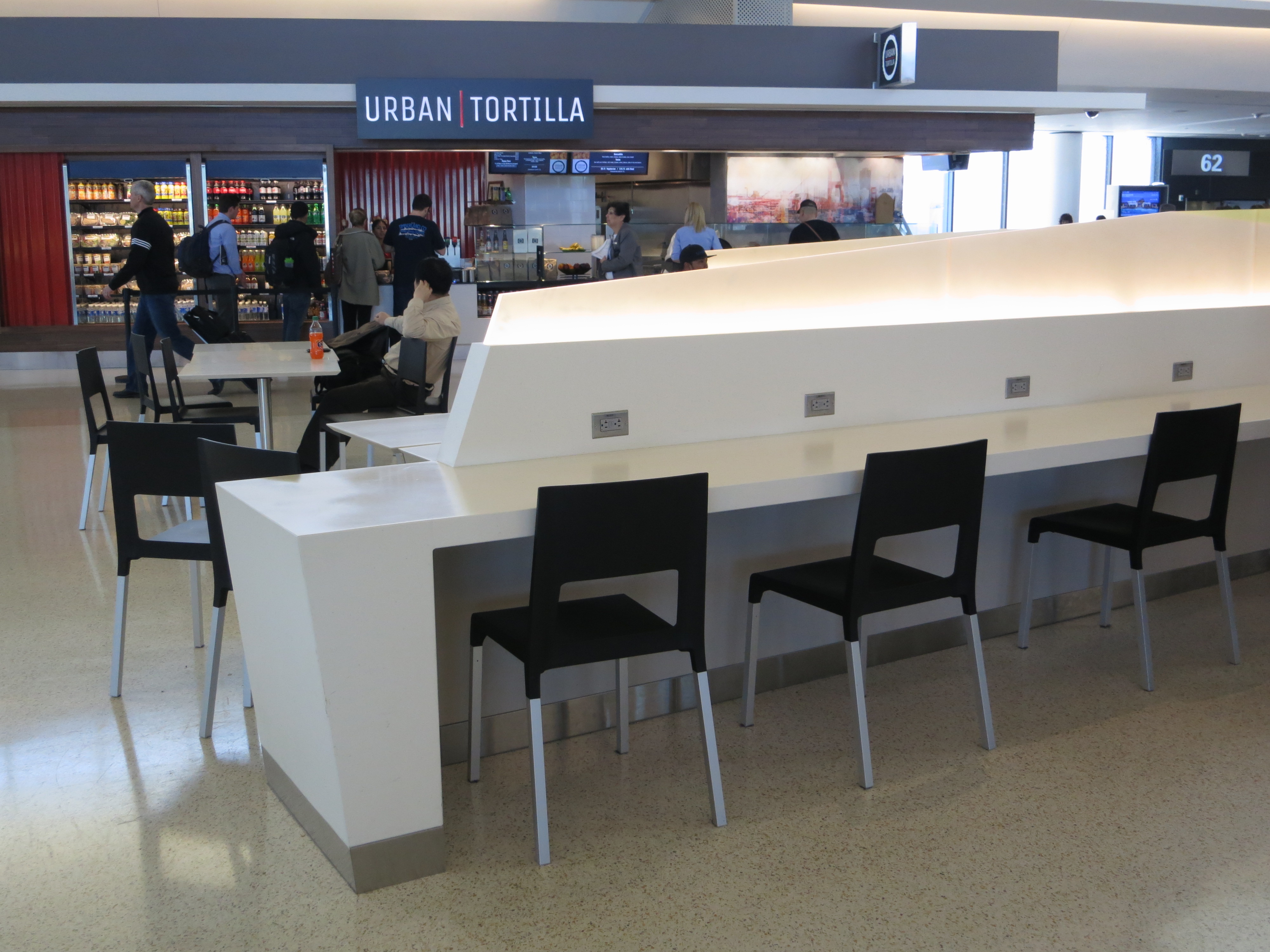 Traveling parents will be especially pleased with a few extras that can help with little ones.  First is the totally cool moving art installation between a few of the gates.  You can probably keep your toddlers and small children entertained here for hours if needed. 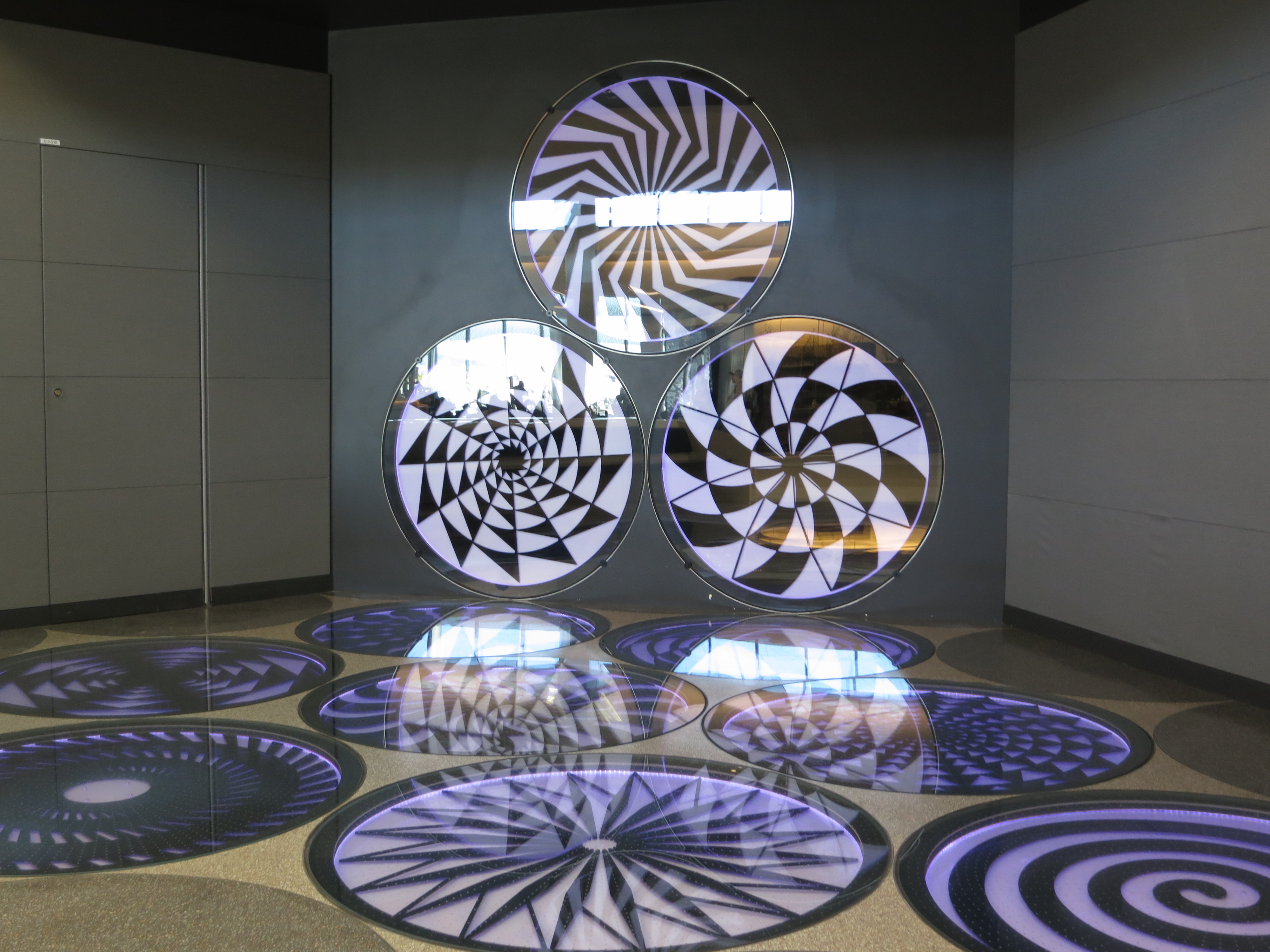 Moving SFO art to wear out your traveling tyke.

Next up is an amazing addition that I’ve frankly never seen in a US airport before — T3E has a dedicated nursery where you can change diapers and nurse your little ones.  Apparently, SFO actually has them in all three terminals, but I’ve never noticed them before.  The one in T3E is easy to spot.  If I’d had my new baby with me, I’d definitely have gotten a peak inside.  Next time! 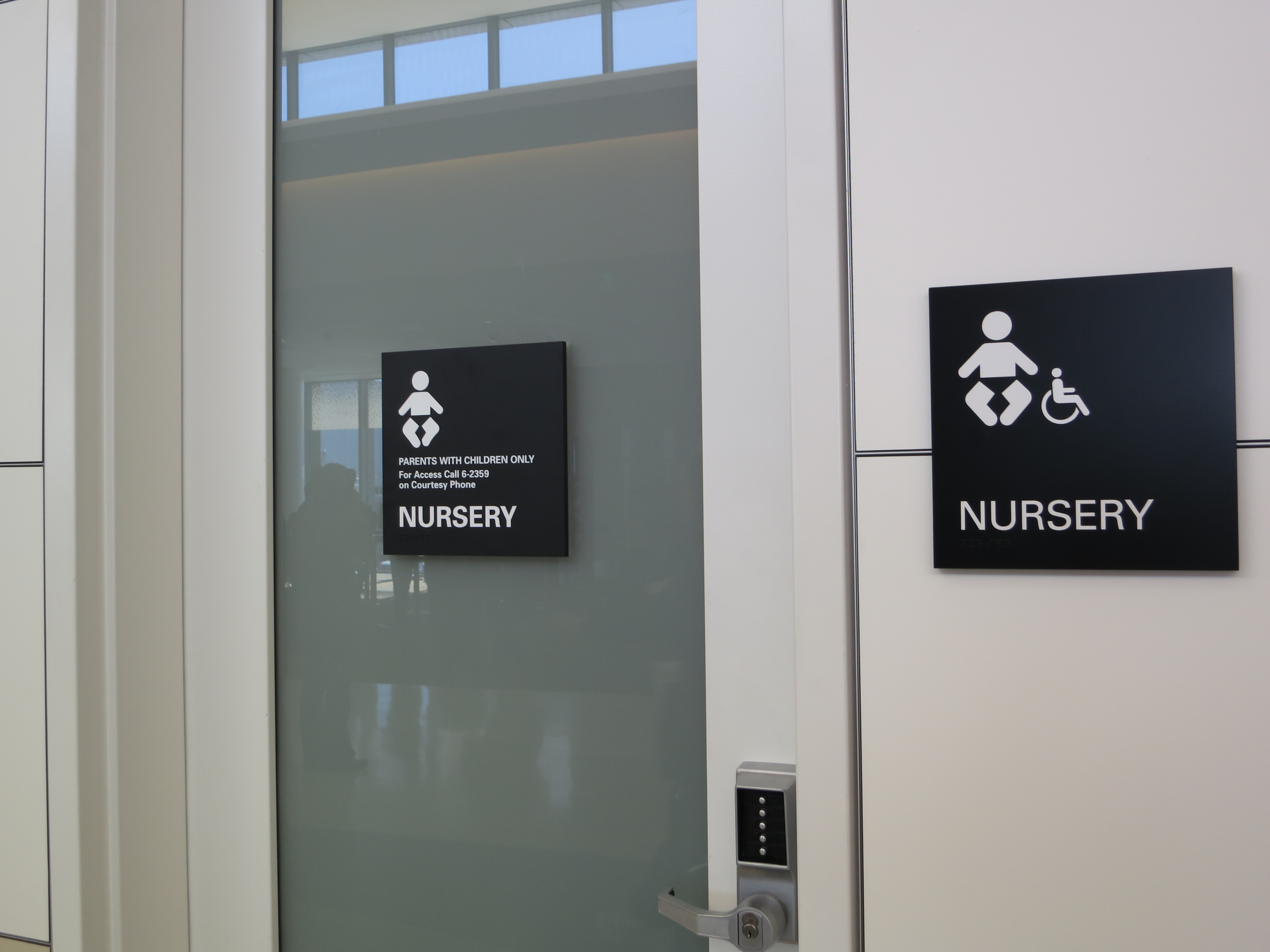 Of course, the terminal has the usual food and shopping spots.  It was nice to see that the food choices tended to be on the fresher, less fast-foody side of things.  But this is to be expected for a city like San Francisco, I suppose. 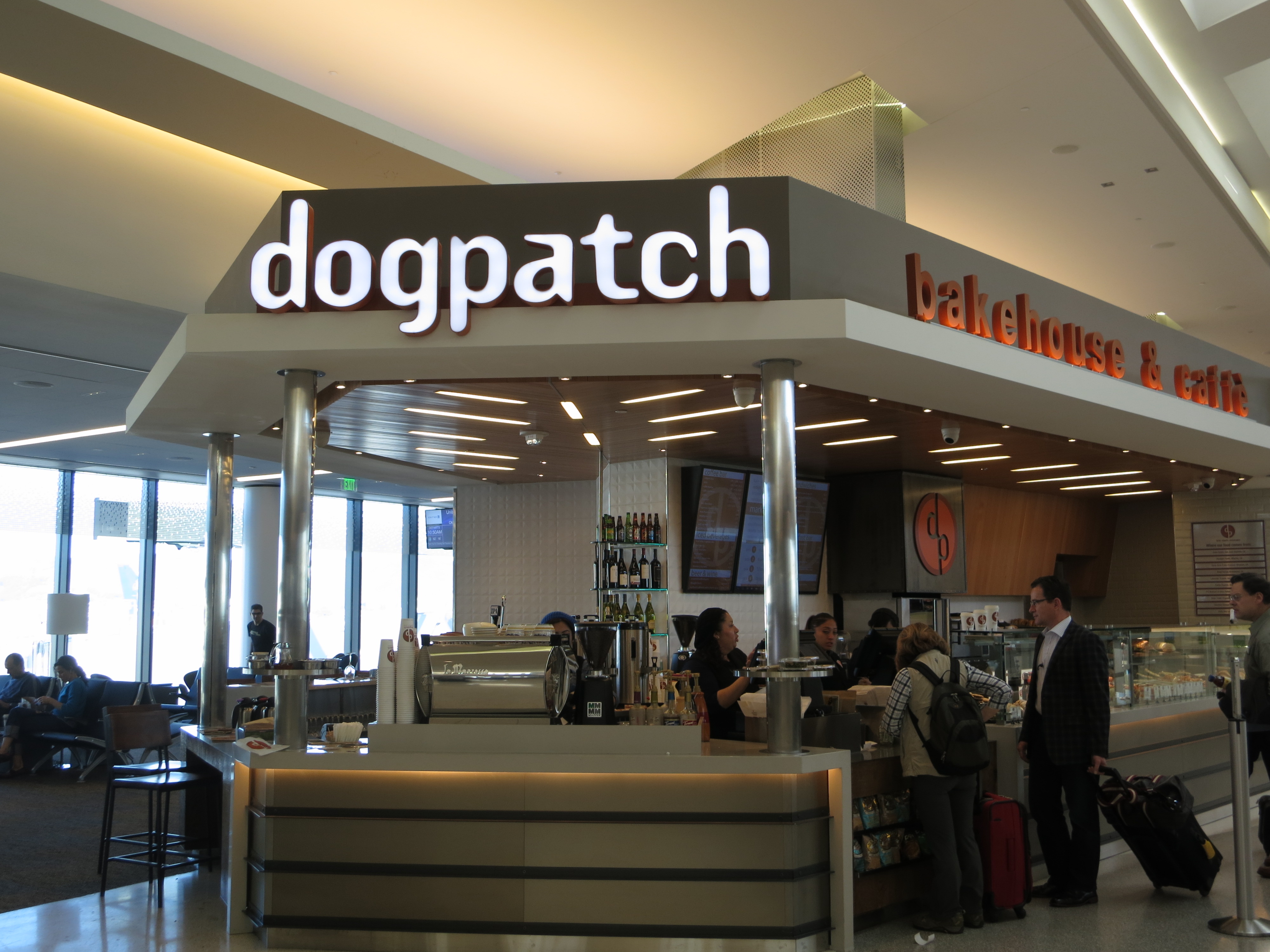 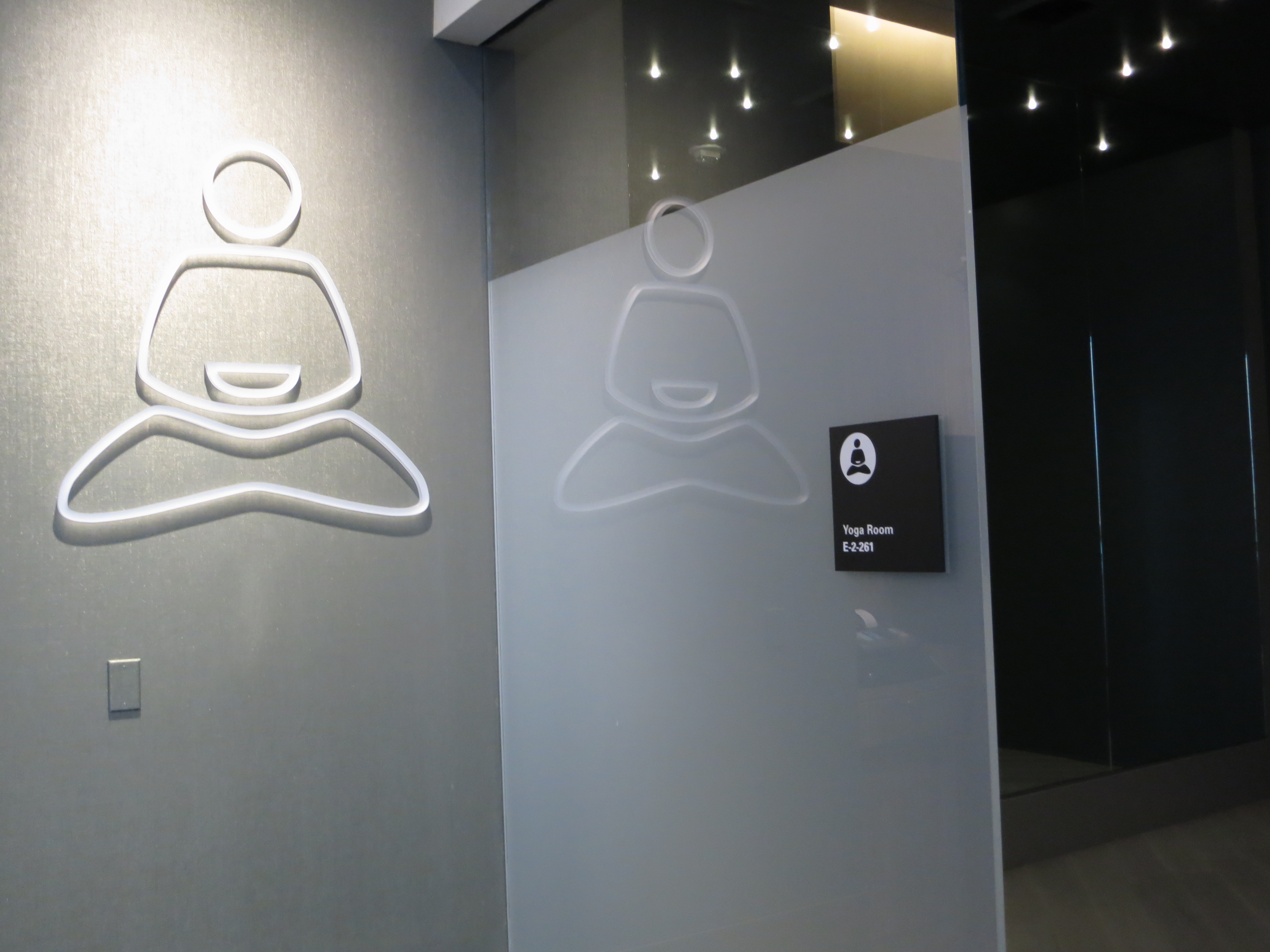 Of course, the new boarding area has a yoga room of its own. Oh, San Francisco!

If you are traveling through SFO, be aware that Terminal 3 is not yet fully ready for prime time, as there is ongoing construction that affects your access to — and amenities in — Boarding Area E.  Right now, there is no way to directly enter this boarding area, as you have to proceed through the security checkpoint at the main United Boarding Area F.  You then immediately turn right and go down a long corridor to visit Boarding Area E.  The boarding area is undergoing additional expansion that is set to open in stages between July of 2014 and July of 2015.  So it remains to be seen when the second security checkpoint will be open for business.

More importantly, if you are a frequent visitor to the United Club, also be aware that Boarding Area E does not have a United Club of its own.  The only club serving the domestic United gates is AFTER the long moving walkway at the center food court in Boarding Area F.  Not great if you have only a few minutes to drop in and grab a snack before your flight.  A temporary club to serve Boarding Area E is under construction and should be ready by May 2014.  But it will be not be until summer 2015 until the permanent United Club is ready. 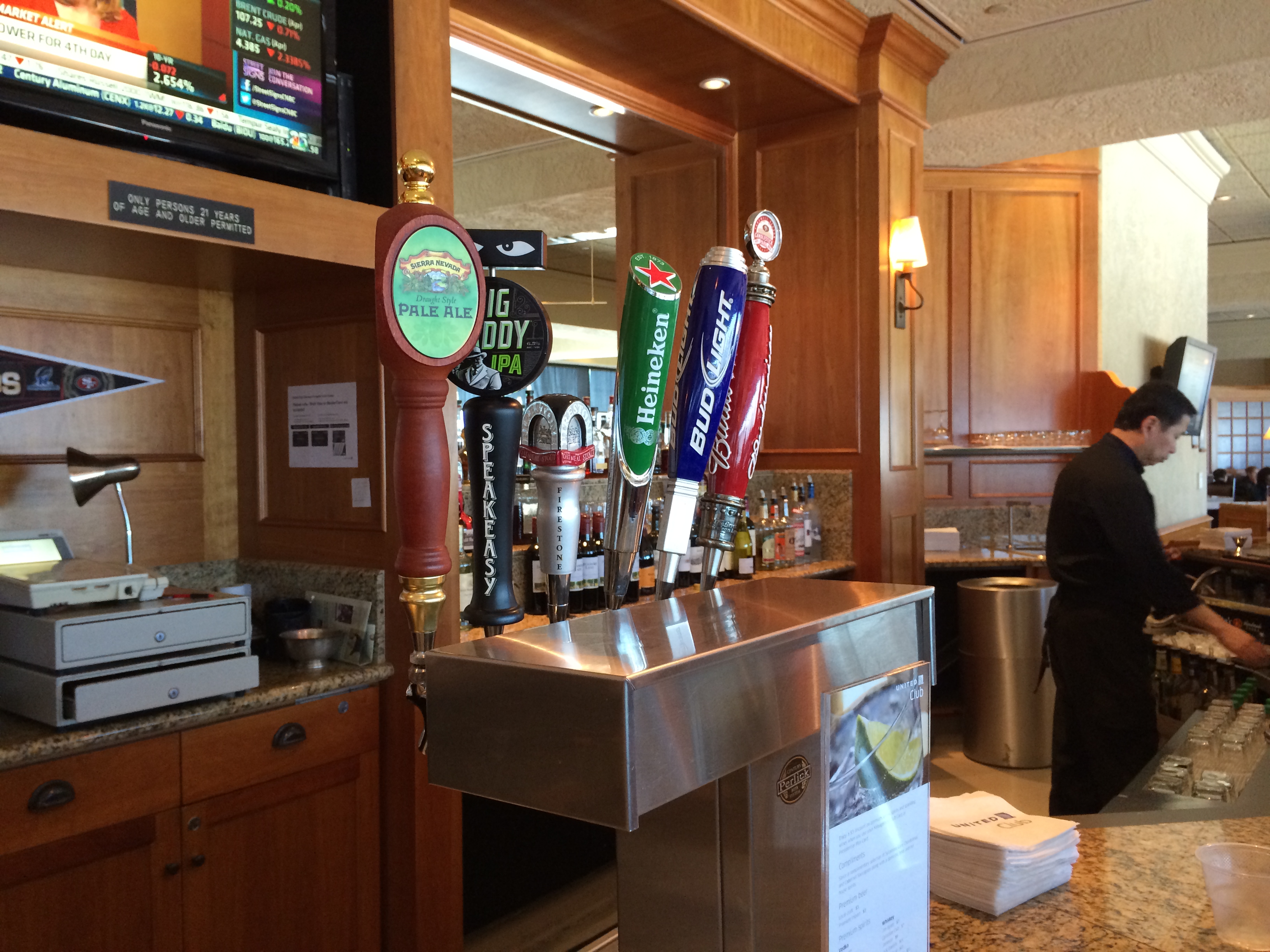 No access to this in T3E unless you make the long walk down to Boarding Area F.

As far as I can tell, there is no magic to figuring out whether your flight will go into or out of this boarding area, so you may or may not experience it on your next trip.  On my trip, I departed out of the old F boarding area on a flight to ORD, but noticed some other later ORD flights leaving from the new E area.  My return flight from Houston-Intercontinental arrived into the new E area.  So, if you change planes in SFO on United, you might have a bit of a walk between the two boarding areas.

Have you traveled out of Boarding Area E yet?  What were your impressions?

[…] 2 also has a “Kids Spot” with some a kinetic play installation.  New to SFO is a moving art installation in Boarding Area E in Terminal 3 that our daughter loved exploring.  There are plenty of other interesting […]