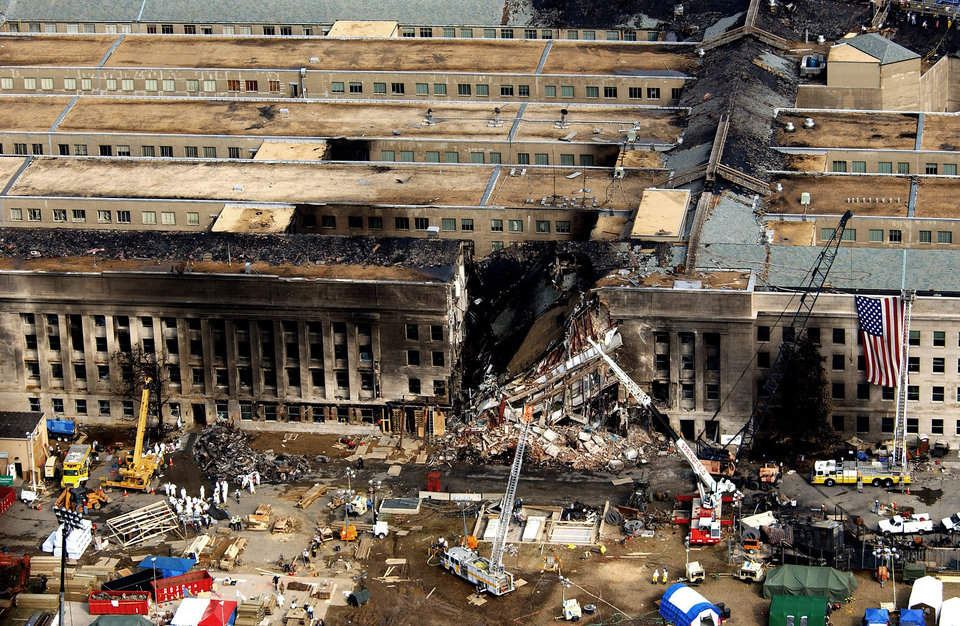 Everyone has a 9/11 story.  The terrible day 13 years ago is seared into our collective memory.  We all remember where we were and what we were doing when we heard about the planes crashing into the Twin Towers, the Pentagon, and then into a field in Pennsylvania.  Some lived it horrifically in person in New York or DC.  Others lived it by losing a friend or family member who happened to be on one of the flights or working in the World Trade Center or Pentagon.  And many millions more lived it through the horrifying images on TV and in the conversations they had with their children about the event.

My 9/11 story isn’t particularly remarkable, but it was formative for me.  In 2001, I had just graduated from college and I had moved to Northern Virginia to work at a Washington DC law firm as a paralegal.  I felt a bit like a modern day Mary Tyler Moore with my first apartment and first job.  Since I was determined to impress in my new job, I was at my desk early on September 11 as I had been every day for several weeks.  Before most people had arrived at the office, I heard a small crowd gathering in the office of a partner down the hall.  He was one of just a few people in the firm who had a small television in his office.  I went to look at all the commotion and saw images of smoke coming from a single tower of the World Trade Center.  In these early moments of 9/11, the news anchors were reporting that a small Cessna had crashed into the tower and many wondered if it was all some sort of tragic accident.

After a few minutes of watching the news, I went back to my office and tried to start the work day.  A few others stayed in front of the TV and watched the news develop.  They saw as the second plane hit just 17 minutes after the first.  Word of that second plane strike spread immediately in the halls, and we all knew that what was happening was terrorism and not an accident.  I immediately called my mother on my cell phone – the last call I would be able to make all day as the cell networks were quickly jammed.  As I hung up with her, I remember her saying to me “you just be careful living there in DC.  The next thing you know they’ll be hitting the Pentagon.”

I still remember her prophetic words, because just a few minutes later, that is exactly what happened.  The Pentagon was hit next.  I worked on the 12th floor of that law office in DC (which is as high as DC buildings get due to height restrictions), and we could see the smoke rising from the Pentagon in the distance.  We were in shock at what was unfolding just steps from our door.  And we worried that other DC sites were potential targets too.

After the Pentagon strike, things became chaotic in DC.  My office was just a few blocks from the White House and also not that far from the Capitol.  Bridges and tunnels were closed and rumors were spreading that the Metro would also be closed indefinitely.  Since I lived in Virginia, I was concerned I could not get home that day and also desperately wanted to get further from the major government buildings.  We still didn’t know if there were other planes coming.  A friend of mine who worked at the same office was in the same position, but had a sister attending Georgetown University with an apartment there.  We decided to set off for her sister’s apartment on foot because we knew we’d rather spend the night there than in the office.

Hitting the streets was eerie.  Some people were scrambling to get home, but we saw more police, first responders, and National Guard than anyone else.  This was in stark contrast to the scenes I later saw from the New York streets which were crowded with civilians.  Mercifully, just as we were walking past McPherson Square Metro stop, someone emerged from the Metro entrance and said that it was open.  I jumped on the first train for Northern Virginia and made it home to Arlington in minutes.  I spent the rest of the day, like most Americans, glued to the news and trying to get in touch with family and friends.

As a travel blogger, I think it is crucial to remember 9/11 and acknowledge the anniversary of one of the most tragic moments in aviation and American history.  The legacy of 9/11 lives on in the way we fly today.  Keep telling your 9/11 stories, no matter how ordinary they might seem.  It is important that no one forgets.

I'm British, I live in England and I too remember exactly what I was doing that day. When the first plane hit I was collecting blackberries in the woods near our house with my baby daughter. My husband works for Morgan Stanley in London and he called me to tell me what had happened. I went straight home, turned on TV and watched what happened next in shock and disbelief. I was terrified that London would also be targeted.

Powerful! I agree, it's something that should be familiar to our children. They need to hear this important history first-hand. It's not often they get a first person account of historical events rather than simply reading about it from a text book. Let them experience and hear your emotions, let them see how it changed you, tell them how it's shaped America and let them feel for themselves how blessed they are to be an American.

I lived in DC on Sept 11 as well, but happened to be in Vegas for work. It was awful, my brother saw the plane hit the pentagon on his way to work, and I was on the phone with him. I wanted to be in my city with my friends and in my house and I was stuck in Vegas for two weeks!