Disney offers a lot of ways to upgrade your vacation.  Some of these extras offer a lot of value, but many of them just tempt you to blow your vacation budget. Today, we’ll take a look at one of several optional Disney services – Memory Maker – to see if it passes the test. 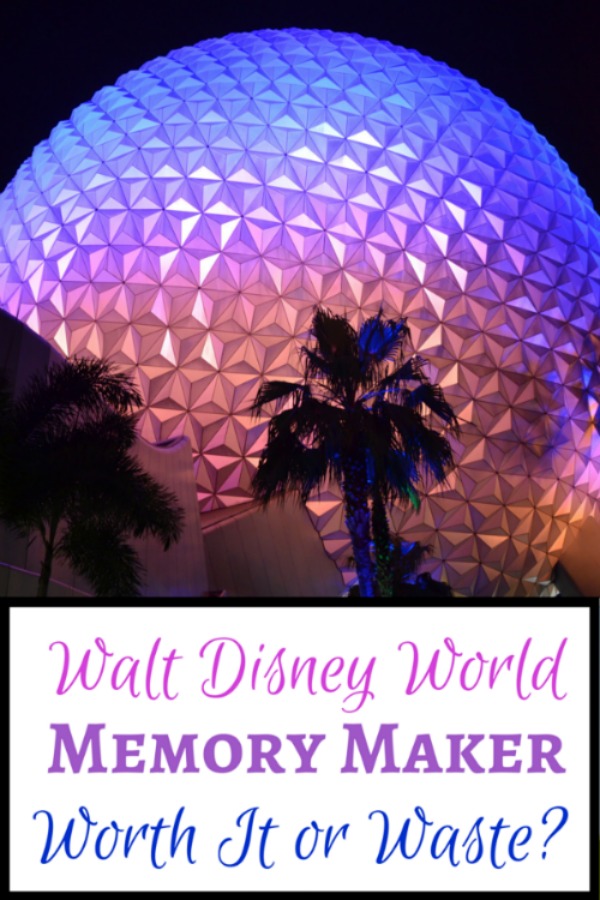 Memory Maker is a fairly common add-on purchase that many Disney guests make. But is it worth it? I’ll reveal my own personal bias, as I’ve almost always purchased Memory Maker or its equivalent Photopass service on all my Disney vacations (since having children, at least). That said, it isn’t right for every trip or every family. 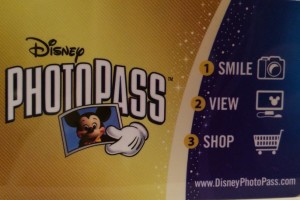 Here’s how Memory Maker works. You’ve probably seen Disney photographers staked out at strategic locations like in front of Cinderella Castle or at character meet and greets. While these photographers are happy to take a photo for you using your camera, they also will take photos with their cameras and then electronically add them to your PhotoPass account. You can either use a PhotoPass card or your Magic Band to keep track of photos in your account. Families can link multiple Magic Bands or cards to a single account, so larger groups like extended family traveling together can share the cost. 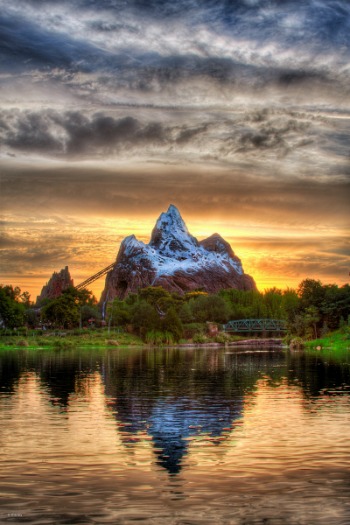 One of the stock shots included with Memory Maker. I don’t know about you, but I can’t take photos this nice!

Memory Maker includes more than just posed pictures, however. It also now includes ride photos, character dining photos, some video, and a few “Magic Shots.” Disney also throws in quite a few stock photos that you can use to spruce up your scrapbook pages or slideshows.

After you return from your vacation (or even during it if you’d like), login to your PhotoPass account to edit your photos. Disney includes cute borders and stickers if you want to dress up your pictures. I like to have clean master copies of all my photos, so I create copies of photos I want to edit on the Disney site and then save an unedited version of the master.

What does this all cost, you ask? As of December 2015, Disney has actually reduced prices on Memory Maker, making it an even better value in my opinion. If you pre-purchase Memory Maker 3 days or more in advance of your trip, it is $149. Last minute purchases are $169 (and can even be made after the fact). Photos remain in your account for 45 days and you can purchase extensions if needed.

So… WORTH IT OR WASTE OF MONEY? 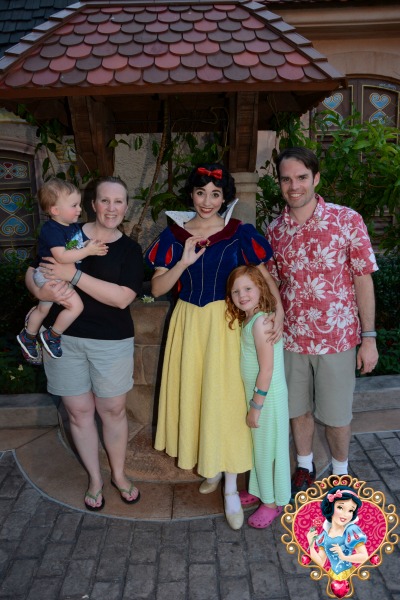 Disney’s Memory Maker got the whole family in the shot and some cute Snow White graphics too.

Memory Maker is Worth It For:

1. Big groups: For extended family traveling together, Memory Maker is a relative deal.  You can link all your Magic Bands under the same account and share the cost. It’s a great way to get everyone in the picture as well. (Note: you can share Memory Maker with anyone so find out if your neighbor down the street is headed to Disney during the same school vacation as you.  Set up a share and you’ll both save big!)

3. Convenience lovers: There’s a lot to be said for having someone else carry the camera and do the work of taking all your photos. When I’m juggling a toddler, the last thing I need to do is bring my fancy DSLR camera along with me every time I head into a Disney park. It adds to the bulk. Knowing I can rely on the Disney Photopass photographers and their equally nice cameras allows me (sometimes at least) to cut down on what I’m carrying. The convenience factor is big.

4. Ride junkies: The real advantage of Memory Maker over the old Photopass options is that it includes photos and sometimes even videos of your group on the rides. These are often some of the best of the bunch (as is demonstrated by my daughter’s face her first time on Rock ‘N’ Roller Coaster). If you want to preserve these ride memories, Memory Maker is a great deal. 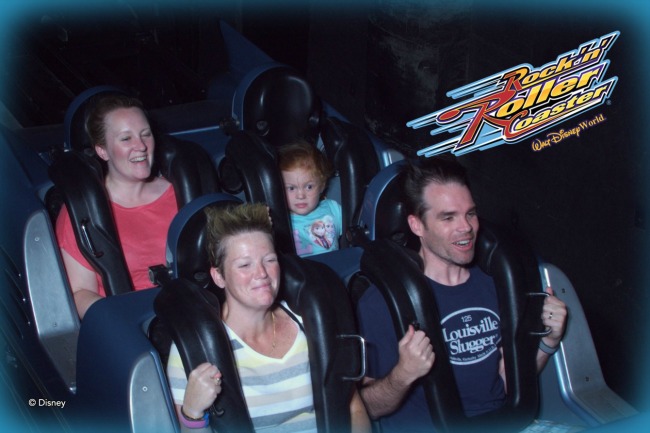 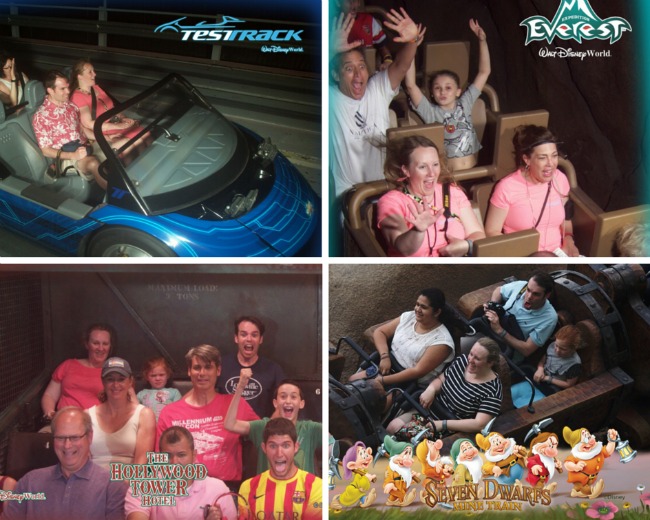 Memory Maker is Not Worth It For:

1. Short visits: Memory Maker costs the same for a 1 day visit as it does for a 1 week visit. If you are headed down to Disney for a short trip, you likely can’t get enough photos to justify the cost of Memory Maker. Save it for those week-long trips instead.

2. Photo geeks: The Disney Photopass photographers have really nice cameras but most of them aren’t professional photographers. If you are someone who really knows how to work a camera, you might be disappointed in what you get back from Memory Maker. That said, if you want to be in the picture, someone else is going to have to take a photo or two for you. After all, selfie sticks have now been banned in the Disney parks. 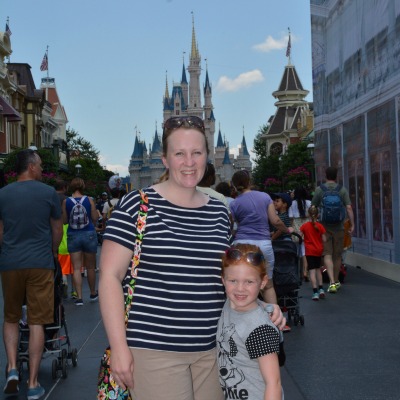 3. Guests on a strict budget: If your family really pinches pennies on a Disney vacation to stretch your budget, then Memory Maker probably isn’t for you. It’s nice to have, but not a “must-have,” so don’t feel like you need to spend more than your budget allows just to get it. Have the same PhotoPass photographers take photos with your camera and you’ll have the bulk of the benefits with no cost.

What’s your take on Memory Maker? Do you get it every trip, skip it to save money, or do something in between?

Disclosure: Walt Disney World provided me with a free Memory Maker pass on my last trip to Walt Disney World for the Disney Social Media Moms Celebration. I have purchased Memory Maker and other Photopass services many other times at many Disney destinations (including Hong Kong Disneyland and Aulani), so I’m confident in saying that all opinions are definitely my own when it comes to Photopass!

Memorymaker is an overpriced ripoff. Disney extols all of the photos taken automatically on rides. And they tell you that it doesn't extend to 100% of the rides. They WILL NOT tell you the truth, which is that it extends to less than 15% of the rides. For our $149 memorymaker covering 10 people on a 7 day visit on which we rode 75% of the rides in 4 parks, we wound up with 100 stock disney photos (worthless), plus 18 total shots duplicated many times over (because on a coaster they'll shoot 10 shots consecutively as you pass by the camera). What a waste of money.

Downloads of all your photos are included in the price when you get home. My favorite is that you can even add little Disney borders and effects and download those versions of the photos as well for no extra charge. The only extra charges you might incur with Memory Maker is if you choose to purchase photo souvenirs like mugs, etc.

Daring to Disney: Things I wished I knew before I went to Disney - asthejoeflies

[…] I haven’t confirmed this, but I’m pretty sure this would work. If you have an annual pass you get free access to photopass photos linked to your account. The difference between that and Memory Maker (Disney’s ~$170 catch all photo service) is that Memory Maker allows you to add all your family and friends’ photos. As an aside, for a good debate on the merits of Memory Maker Leslie has a nice post. […]

Do You Need a Car Seat for Disney World? - Trips With Tykes

[…] or on-site hotel?  Do you park hop til you drop or save cash on tickets?  Do you really need Memory Maker?  And there are many more.  One decision you have to make when traveling to Disney with kids is […]