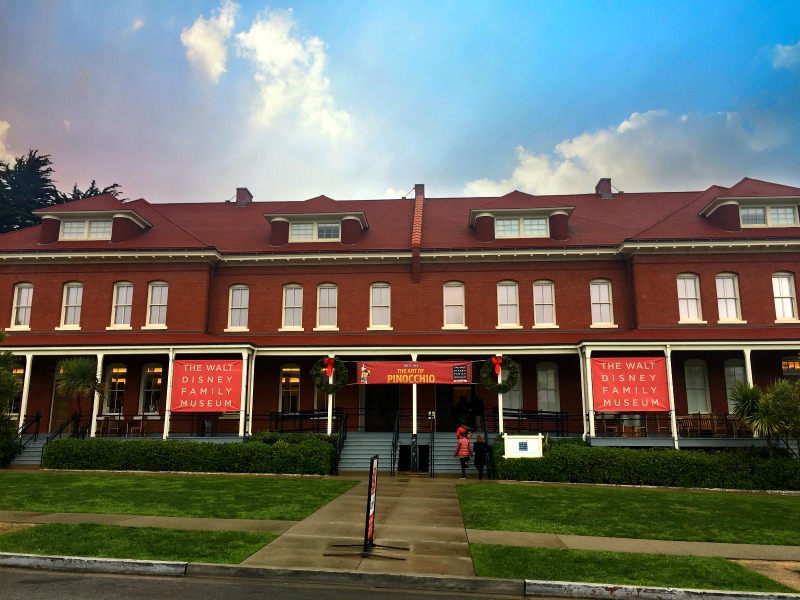 Think you need to go to Anaheim or Orlando to walk in Walt Disney’s footsteps? Think again. Disney history is alive and well in Northern California too. In fact, one of the most impressive collections of Disney memorabilia is on display in my hometown of San Francisco. The location? The Walt Disney Family Museum.

Founded by Walt’s older daughter, Diane Disney Miller, San Francisco was chosen as the home of the Walt Disney Family Museum because her family settled nearby in wine country. The museum is housed in the Presidio in the shadow of the Golden Gate Bridge.

As much of a Disney fan as I am, I must admit that it took me far too long to visit this museum – even though it is located right in my backyard. Why? I feared it wouldn’t be a fit with my young children. As a Disney geek, I wanted to immerse myself in reading all the historical detail. I was not thrilled by the prospect of wrangling a squirmy toddler in need of a nap when I did finally go. Many of the reviews I read indicated that kids might be bored by the museum too.

In hindsight, I definitely should not have waited so long for a visit. While taking a toddler (and even occasionally a feisty 7 year old) to any museum brings its share of challenges, the Walt Disney Family Museum is much easier with young children than I expected. Whether you are a local who has been putting it off because of the ages of your kids or a Disney geek visiting the Bay Area with or without children, I’d highly recommend a visit.

A Visit to the Walt Disney Family Museum with Kids

My first visit to the Walt Disney Family Museum finally happened in December 2016. With me were my husband, then 7 year old daughter, and 3 year old son. We planned our outing during the Christmas season to see a special holiday exhibit that I hope will make a return in subsequent years. On display was a model replica of Disney’s Carolwood Drive home and grounds. The museum also screened a special film, Christmas with Walt Disney, focusing on the Disney family’s Christmas traditions. 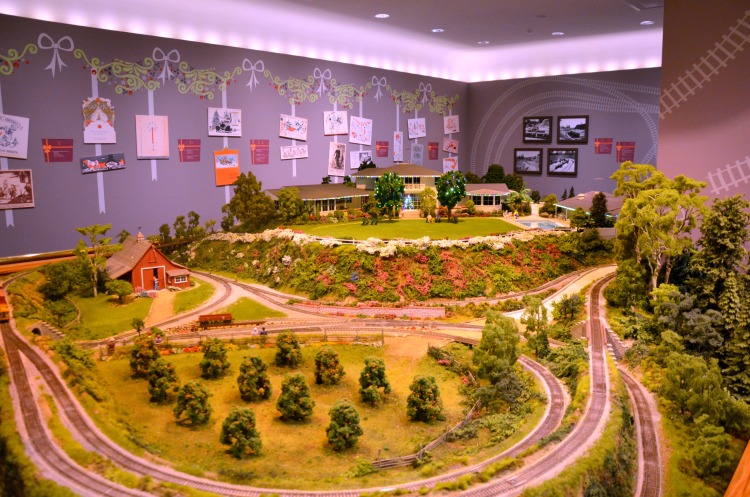 So what was our verdict on the Walt Disney World Family Museum with young kids? My 7 year old was more than ready to experience the museum, especially being the Disney fan that she is. But what surprised me is that there was much that even my 3 year old found fascinating.

We started our tour of the museum at the basement level with the Carolwood Drive model and holiday film. The film was a huge hit with both kids. It featured classic Disney holiday cartoons interspersed with documentary commentary and Disney family home movies. My three year old was first exposed to the famous Goofy short “The Art of Skiing” in this movie, and it has easily become his favorite Disney cartoon (he’s watched it at least a hundred times subsequent to our visit).

Even though this holiday movie obviously isn’t on display the rest of the year, the museum regularly has film screenings almost every day. These screenings are just $5 extra and many of them are an excellent fit for children of any age.

Next up for us were the main museum exhibit halls. The galleries are divided chronologically, starting with Walt Disney’s early life and proceeding through the history of his company and various ventures, always with an eye to Disney’s role in the bigger narrative of American history. You can linger over the exhibits as long as you’d like or hit the highlights and keep moving if your kids get antsy. Even on a quicker visit, it’s still possible to absorb a lot due to the powerful visuals. 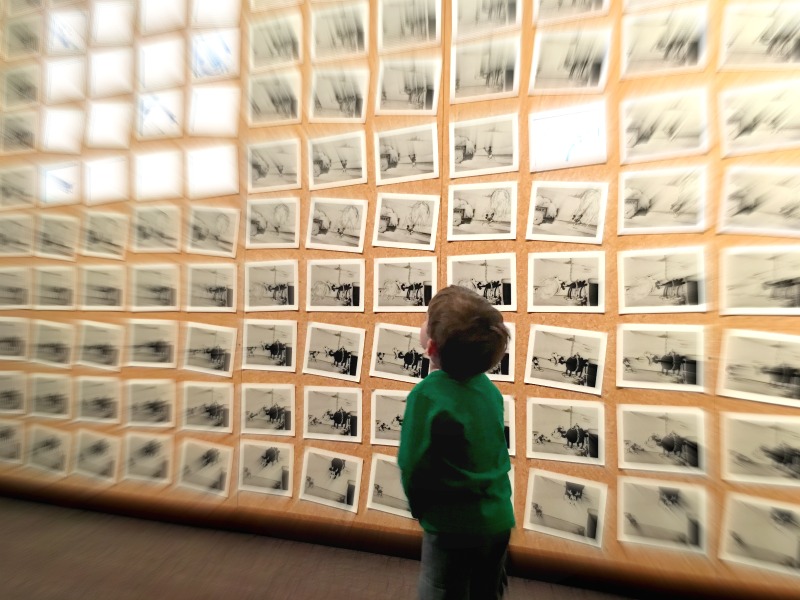 Animation wall of some early Disney shorts mesmerized my toddler.

My three year old particularly enjoyed some of the first few galleries featuring Walt Disney’s animated cartoons and early feature movies. There were enough screens with cartoons to keep him busy and entertained. These first few exhibits also had several interactive features for young children.

The highlight for everyone in the family comes near the end: the scale model of Disneyland park in the second to last gallery. My seven year old wanted to look at every nook and cranny, meticulously noting features that are gone today and trying to envision what new attractions stand in those same places now. For a family like ours that visits Disneyland frequently, it was captivating. 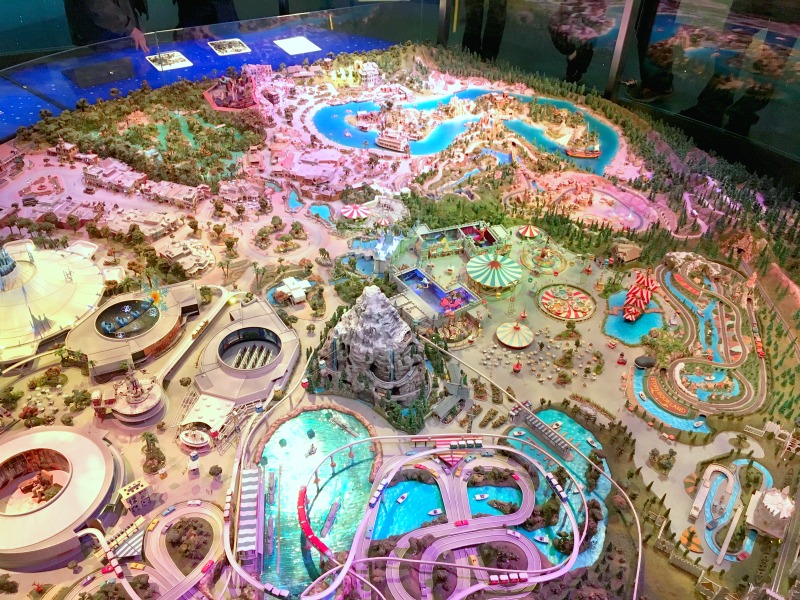 Model of Disneyland from Walt’s Day.

If you are ready to schedule a visit with kids to the Walt Disney Family Museum, here are my best tips for a successful visit. 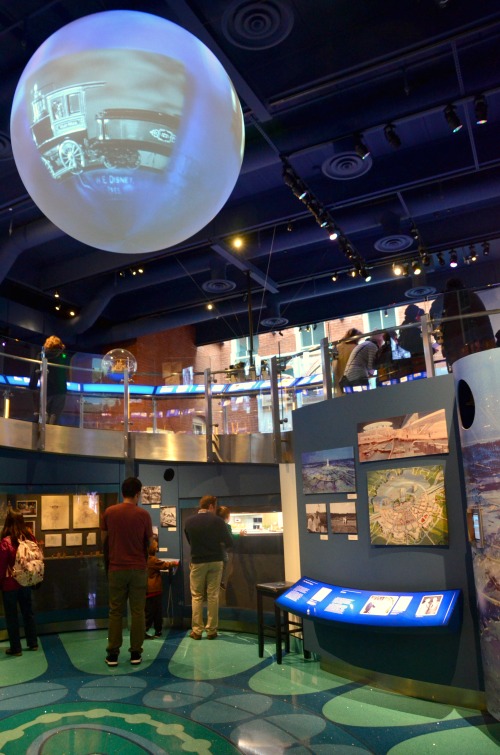 One of the exhibits at the Walt Disney Family Museum.

Start Early. Just like it is smart to do “rope drop” at Disney parks, arriving early is a good strategy for a visit to the Walt Disney Family Museum too. The crowds are lighter and young kids are in a better mood before mid-afternoon fatigue and hunger set it. The museum opens at 10:00 am six days a week (it’s closed Tuesdays), so you can head over after the morning San Francisco rush hour traffic.

Bring a Stroller. If you have a young child of stroller age, it’s not a bad idea to bring a stroller to make your life easier (and keep active toddlers contained). The main exhibit halls of the museum are on several levels, but elevator access is simple. The museum didn’t allow strollers the first year or two it opened, but it does now, so don’t let older information confuse you.

Plan for a Movie. Most of the movie screenings are a worthy add on if you have kids. Check the schedule online and plan your visit around the timing and movie selection.

Take a Break. If you find your little one getting too antsy, it’s easy to take a break at the museum. The museum has a small cafe to recharge with a snack. Alternatively, simply go outside and let the kids run around in some of the ample green space in front of the museum.

Drive. While I highly recommend public transit to most travelers in San Francisco, the Walt Disney Family Museum is one place best reached by car. You can take a Muni bus or the PresidiGo shuttle there but that may be too hard with very young kids. Parking is plentiful and cheap in the metered spaces behind the museum ($1.50 per hour), which is unusual for San Francisco. Don’t have a car? Consider a taxi or Uber/Lyft for a speedy trip.

Price. Admission is $25 for adults, $20 for seniors/students, and $15 for children ages 6-17. Children ages 5 and under are free, which is significantly more generous than most museums. Movie screenings are $5 extra with museum admission.

Hours. The museum is open 10 am to 6 pm every day except Tuesdays. Closed on the following public holidays: January 1, Thanksgiving Day, and December 25. Early closure at 4pm on December 24 and December 31.

How long to visit. A visit of 2-3 hours is doable with younger kids and provides time to hit the highlights. Disney geeks might want to spend more time – at least a half-day – to take it all in. 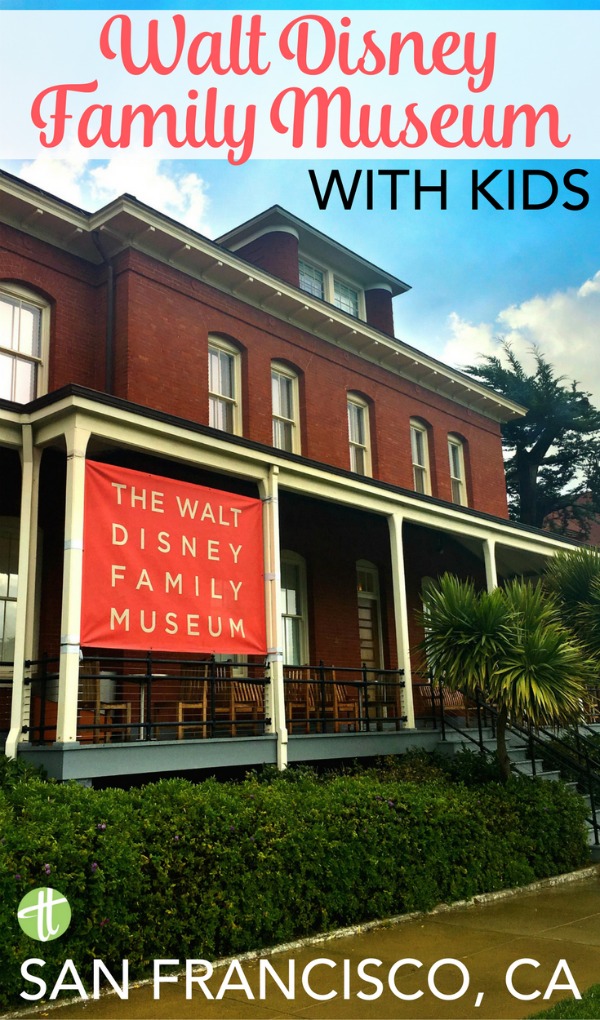 Disclosure: The Walt Disney Family Museum graciously provided complimentary media tickets to my family. All opinions are my own.