This past weekend, I flew with my husband and daughter from SFO to JFK to attend a family wedding in Connecticut.  For the first time since my daughter was a very small infant, we flew Virgin America.  I love Virgin America as an airline and would love to fly it more, but (aside from New York) the airline just doesn’t serve destinations that we frequent often.  So, when Virgin had a fare sale last spring ($279 roundtrip SFO-JFK), I jumped at the chance to fly the mood-lit skies again.

Never would I have known that this trip would have lead to my very own exciting travel geek anecdote.  As we were lining up to board in SFO, we suddenly spotted a familiar face heading for our plane…. none other than Sir Richard Branson himself!  Nearly everyone at our gate recognized him immediately, and the gate area erupted into applause.  Sir Richard boarded almost right away with the first class group, high-fiving the ground crew as he went.

Since I was traveling with my daughter, we were next to board as part of the pre-boarding group, as Virgin America pre-boards families with children under 5 years of age.  My daughter is at the age where you can sometimes prompt her to say cute and engaging things, so I decided to try my luck on this occasion.  I told her that the “owner” of our airline was on our flight and that she should tell him “I love Virgin.”  She thought my suggestion was strange, but as we walked down the jetway, I heard her mumbling to herself “I love Virgin, I love Virgin.”

As we boarded the plane, we were met by a male flight attendant.  My daughter clearly thought this was the guy she was supposed to be talking to so she said “I love Virgin!”  Sir Richard Branson was sitting a few rows back.  Much to my surprise, he immediately stood up, extended his hand to me with a big smile, and said “So do I!”  I shook his hand as my daughter ran blissfully down the aisle into economy class, and we all had a nice laugh.  It totally made my day.  I only wish I had thought quickly enough to ask for a photo! 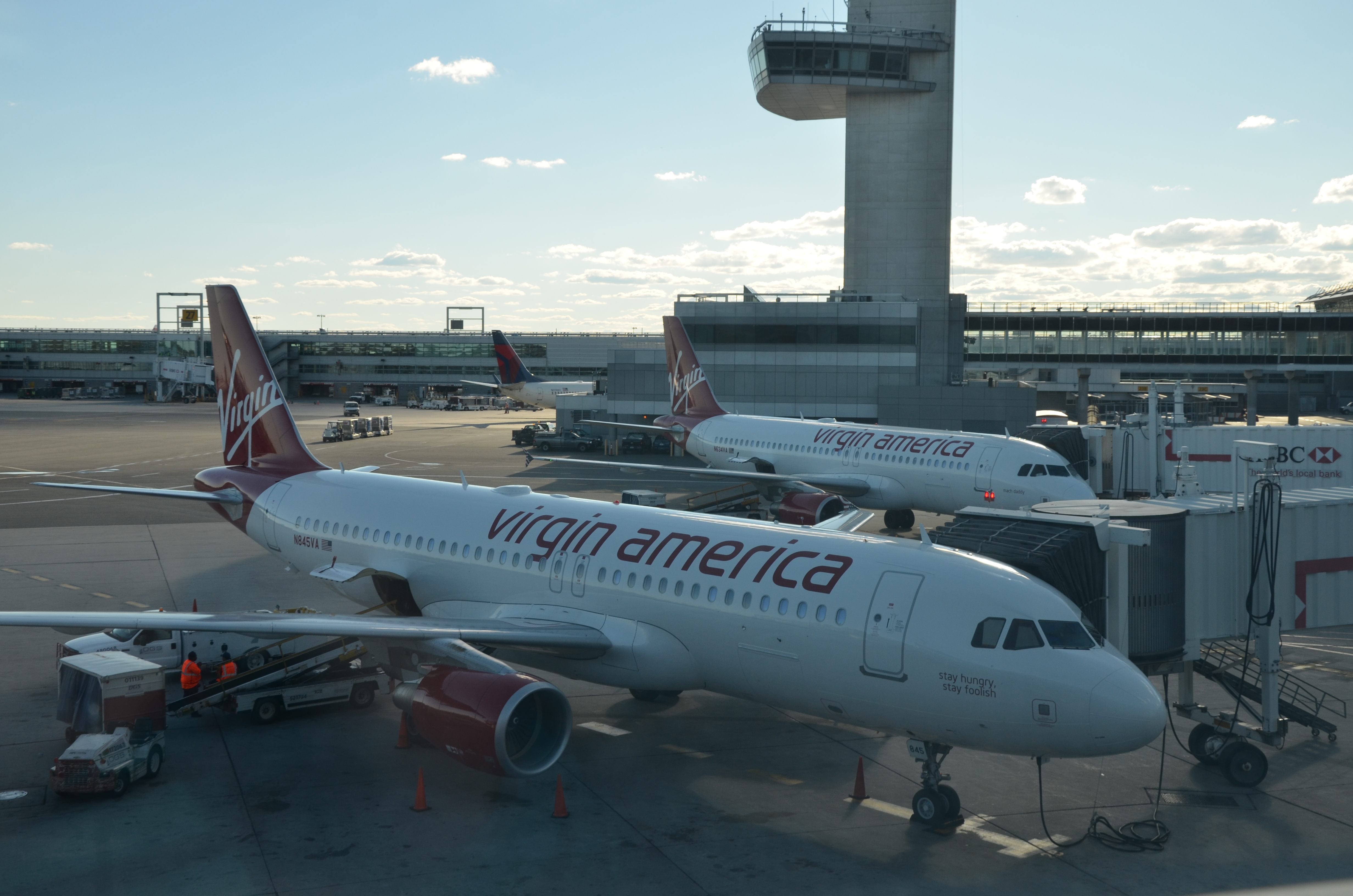 […] Virgin America: Pre-boards families with children ages 5 and under.  (Thanks to family pre-boarding, my daughter got to meet Sir Richard Branson on on of our recent Virgin America flights!) […]

Why I Really Do Love Virgin | Trips with Tykes

[...] my family traveled on Virgin America from SFO to JFK and back last weekend for a family wedding.  My daughter had the chance to tell Sir Richard Branson himself aboard this flight: “I love Virgin!”  And sure enough, I’m happy to [...]

[...] was very excited about my Richard Branson sighting/handshake a few weeks back, but my husband now has an equally – if not more – exciting celebrity [...]