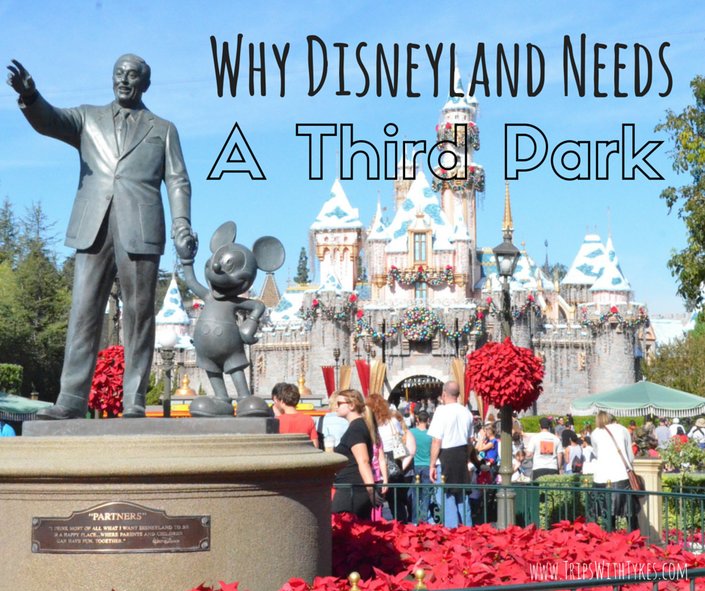 I don’t usually editorialize much here at Trips With Tykes, but there is no better time to start than when it comes to my favorite place on earth – Disneyland!  Since I’m certain Disney executives read this blog regularly and desperately desire to know my opinions on all things in Anaheim, here goes.

It’s time for a third park at Disneyland.

My husband and I have spend the better part of the 15 years we have been together carefully crafting a Disneyland strategy that involves minimal wait times and lots of rides.  That strategy has worked well for us for a long time.  But on our last two trips in the fall of 2014, we found that even our best efforts wouldn’t quite work like they used to anymore.  There were simply too many people.  Especially during parades, the park had several choke points that made it nearly impossible to move and to navigate.  We adjusted our strategy and have some new innovative ways to deal with Disneyland crowds, but it would be better for everyone to distribute the masses among three parks.

2) Why Let Florida Have all the Fun?

Disneyland is the original.  It deserves to get as much love, attention, and money invested in it as Walt Disney World does.  Geography and the higher cost of land and development in California will obviously constrain Disneyland’s growth much more than Walt Disney World.  But Disneyland deserves at least a third park to Florida’s four (and really six when you count the water parks). 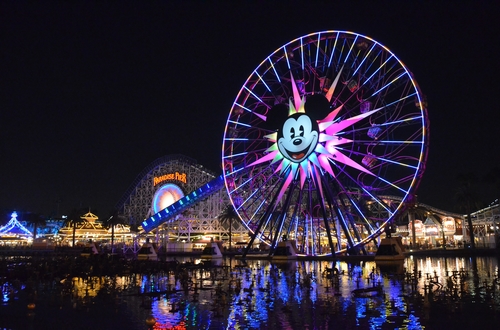 3) California Adventure has come into its own.

Disney has focused a ton of money in the past few years on its newest theme park in China.  It’s slated to open in late 2015 (may be delayed to spring 2016 according to many recent rumors).  The Disney coffers may be empty for a while as a result, but it will be time to turn attention back to US parks when Shanghai is complete. 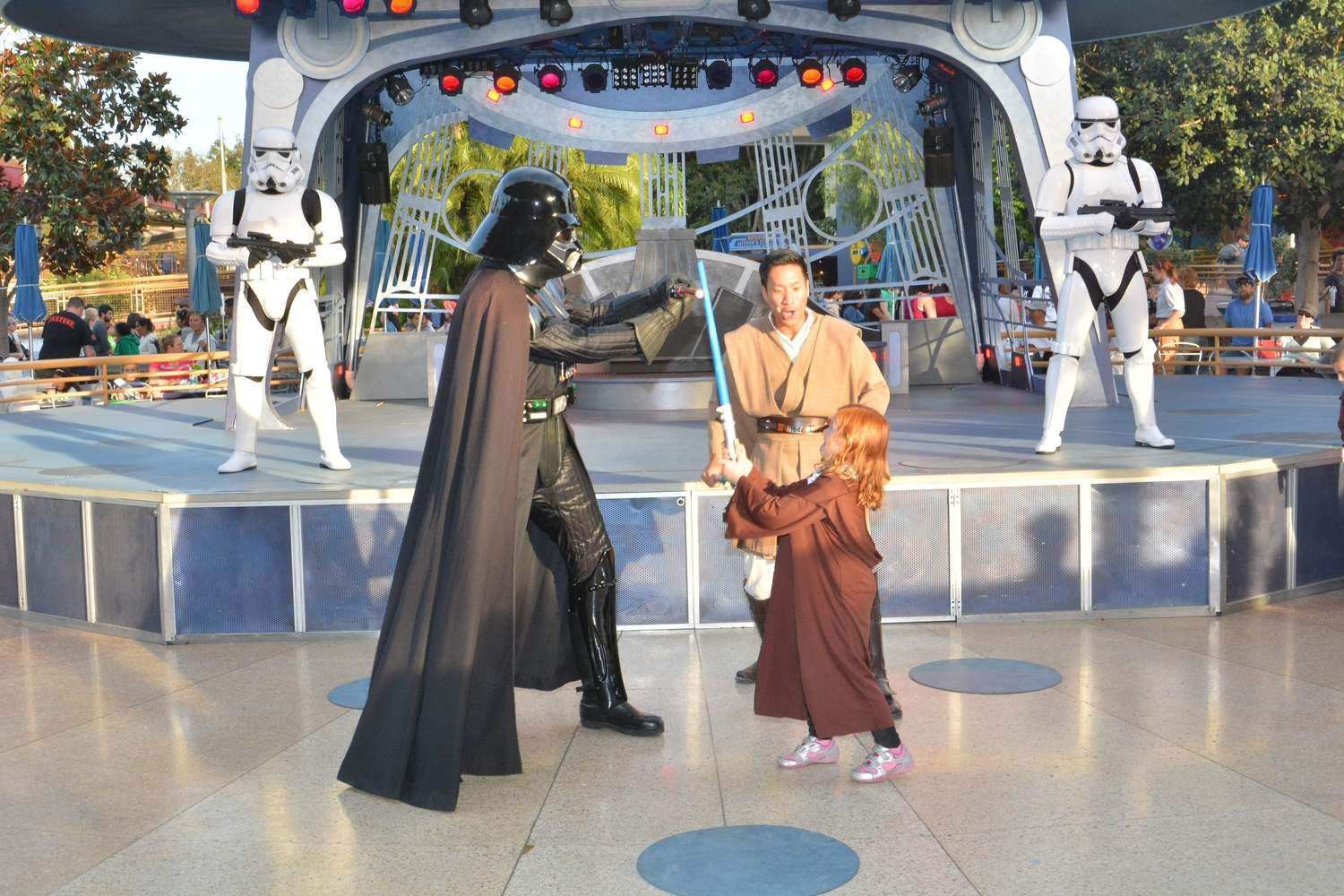 5) There are Disney-owned characters who need a place at Disneyland.

Disney has produced and acquired a lot of brands and characters in the past decade who don’t really have an obvious place in the existing Disneyland infrastructure: Marvel, Lucasfilm, many of the Pixar franchises, Frozen, and more.  Starting from scratch in a new park allows Disney to think smartly about which of these franchises can support a “land” (like Toy Story Land in Hong Kong Disneyland and the upcoming Avatarland in Walt Disney World’s Animal Kingdom) and which are the perfect fit for new rides and attractions.

What has limited growth at Disneyland for so long has simply been land.  There was no space to grow because surrounding areas were owned by others.  After many years of haggling, Disney acquired a big chunk of strawberry field land in the late 1990s located across Katella and South Harbor Boulevard (south and east of California Adventure – see this map for location).  Long rumored to be a planned site for the third park, it sat empty for a long time.  It was turned into the Toy Story and employee parking lots a few years ago.  It could be re-purposed into space for a third park if other land is acquired for parking or current parking sites are better utilized.  Disney purchased 11 acres in 2013 just around the block on Harbor and Ball Road that will be used for employee parking, opening up at least some further potential room for reconfiguration.  And there is always talk of Disney potentially purchasing the Anaheim Garden Walk. 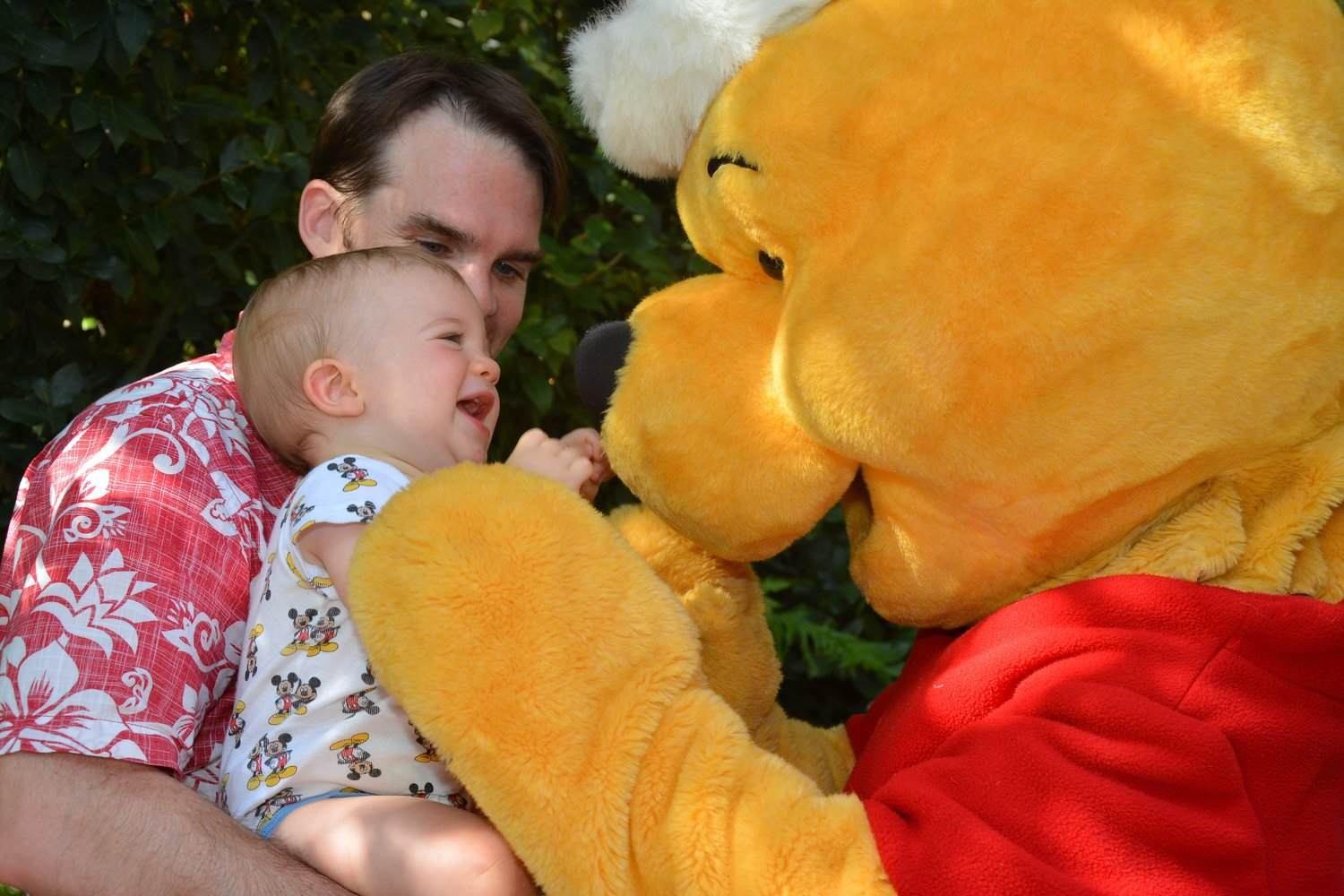 So, now that I’ve convinced those Disney big wigs to hurry up and build a new park, what would I like to see in it?  There are lots of ideas in the blogosphere and frankly, I’d be happy with a lot of them.  As a travel geek, I’d really love to see something similar to World Showcase in Epcot brought to California (did you know that the original plans for a second park at Disneyland included bringing Epcot to the West Coast as “Westcot?”).  I suspect that the popularity of Marvel and Lucasfilm characters would mean they are getting a hard look too.

Are you ready for a third Disneyland park?  When do you think it will finally be built?

A nightmare before christmas needs its own ride! It's obviously popular, and im sure it cost more to change the haunted mansion every year than to just build a permanent ride. An Avengers ride would be great, and and with its recent popularity hike, a Mary Poppins ride would be fun. Some of Disney's older animations, as well as new ones, should get their own rides, taking Disney back to Walt's way of making rides (Peter pan, snow white, Pinocchio, and others have their own rides). Such rides would be based on Lion King, Aladin, 101 Dalmations, and with new technology, a Tron ride would be fantastic if done right.

Those are all awesome ideas! I really like the idea of reviving some of the old classics that never got the ride treatment - Mary Poppins especially. And Tron could be really awesome as a thrill ride. Thanks for stopping by to comment!

Let's start a petition! I'm in! Totally agree that Florida gets too much of the fun. We do have California Adventure, which I have definitely been visiting more often with the increase in crowds!

Love your thoughts on this, and I totally support it. What do you say we volunteer to test out the park once it opens? :)

I'm in! That would be the ultimate Extra Magic Hour - to get preview access to the third park. ;-)