I’ve called this blog Trips with Tykes in the hopes that it would be helpful to all parents traveling with small children.  But the reality is that I’ve never actually taken a trip with tykes (plural) as I only have one child.  I’m happy to announce, however, that this is soon about to change!

Baby #2 (a boy!) is due in late September and we could not be more thrilled.  My now four year old daughter has been asking for a sibling for many months now, as she has seen many of her peers have babies enter their families.  So, she is probably the most excited of all.  We told her the big news when we were in Hawaii at the Aulani in March, and she was so thrilled that she made sure to tell Mickey, Minnie, and pretty much everyone staying at the resort her big news.  She’s was initially hoping for a sister, but luckily changed her tune about 48 hours before the ultrasound where we found out we were having a boy.  She is already offering to feed the baby bottles and promising to hand clean diapers to me (but not do the actual dirty work of diaper changes – ha!) when baby comes in a few months.  She’s helping us brainstorm potential names, but has taken to calling the baby “Little Noodle” in the meantime.

Needless to say, my growing belly is going to keep my family grounded for a bit in the coming months, but I’m sure I’ll have plenty of blog content to share.  Our last big airplane trip is scheduled for early July, when I’ll be 29 weeks pregnant, so wish me luck.  When I was pregnant with my daughter, I flew at 34 weeks (my sister was getting married, so I was determined to make that trip).  So, I’m hoping 29 weeks will be a relative breeze. 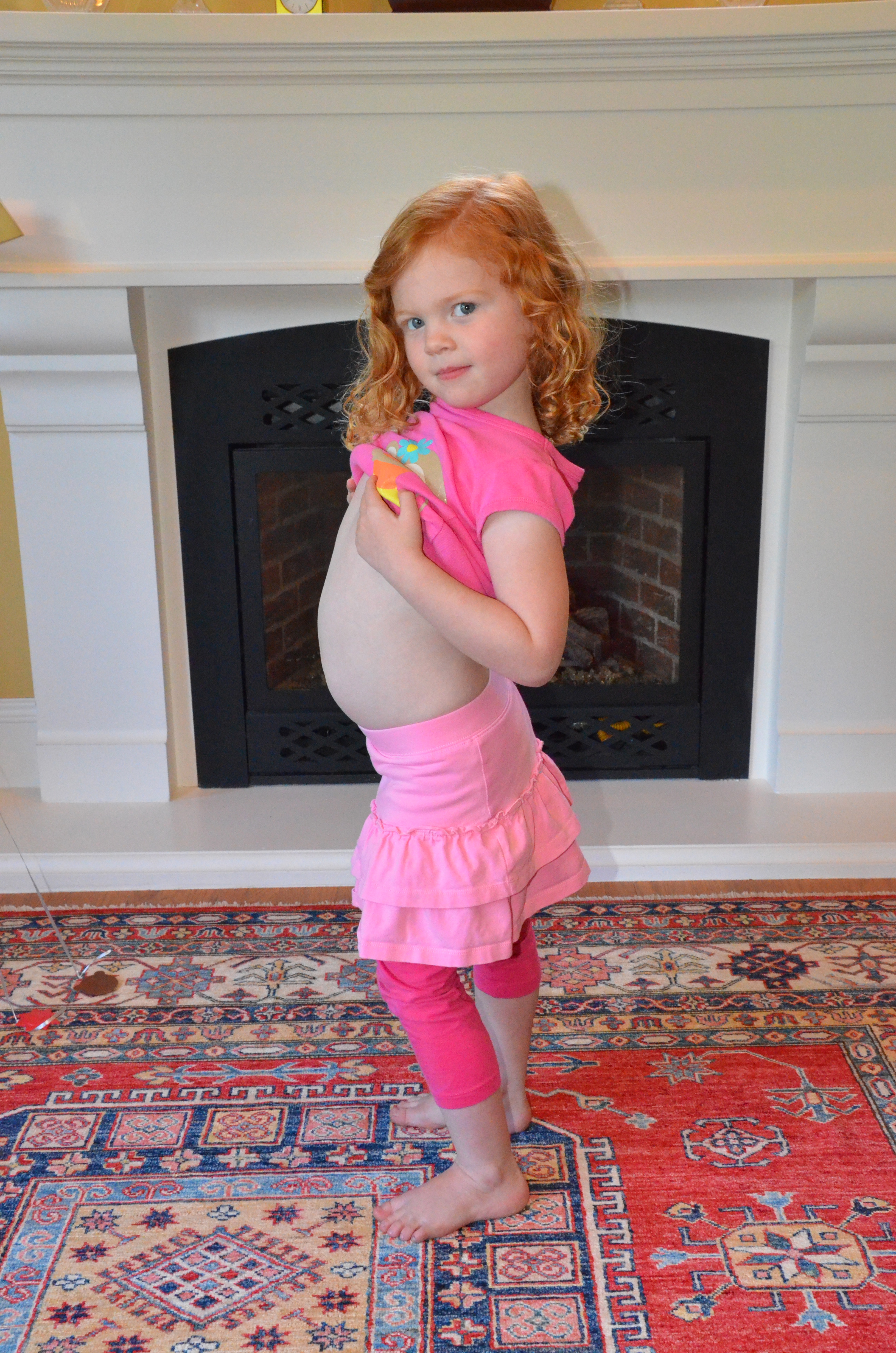 Proud big sister is “expecting” a baby brother in September!

[…] regular readers may know, my family is expecting the arrival of Baby #2 in late September.  Even though the little guy isn’t quite here yet, I’m happy to report that we have […]

[…] if you’ve been following my blog the last few months, you probably know why!  Our family is expecting baby #2 in late September, and at 30+ weeks, I’m not going to subject myself to any more squished economy seats or […]

[…] February 2013), as my real job got a little busy and then as I was fighting morning sickness with pregnancy #2.  But I’m excited that I’ve been able to return with vigor and new thoughts on kid […]

Traveling During Pregnancy | Trips with Tykes

Such great news! Congrats! Maybe you will have enough red head?

I hope we have another redhead! What is it with all the travel blogging moms with redheaded kids? Must be a strange coincidence. ;-)