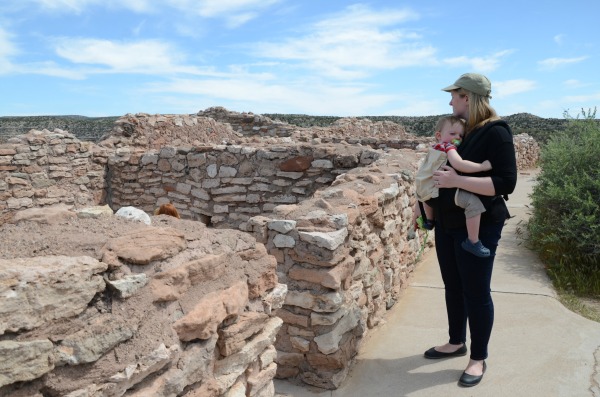 Our little guy on a sick travel day taking it easy with mom.

If you are a parent who travels with kids, you’ve probably had your fair share of travel mishaps.  My family has experienced most of them by now: diaper explosions at 36,000 feet, lost car keys, trips to the ER, and the usual stomach bugs that spread like wildfire through the family.

On our 9 day spring break road trip this year, we were doing quite well during most of our travels.  On day 6, however, our little guy woke up in our Sedona, Arizona hotel and promptly threw up.  He had just had a big sippy cup of milk and did not get sick again for the rest of the day, so we thought it might have been just a fluke.

This is the part where veteran parents smile knowingly.  As you probably suspect, it was not a fluke.  Exactly 48 hours later, our daughter woke up in our next hotel in Phoenix and threw up too.  The stomach bug had taken hold in the family.

We were on the last morning of our trip and due to fly back to the Bay Area at the end of the day.  Hotel checkout was at 11 am and our flight was not until almost 5 pm.  Our family had planned to sit by the pool for several hours once we had to pack up and leave our room, but I knew my daughter couldn’t do that in her sick state.

I called the front desk of our hotel, the Pointe Hilton Squaw Peak, hoping to get even a single extra hour in the room for our sick child.  It was spring break and the hotel was quite full, so I wasn’t optimistic.  I’ve been turned down for my fair share of late checkouts at hotels.  Unless you have hotel status and a bit of luck, the request isn’t often granted and it isn’t usually granted for more than an hour or two.  Under the circumstances, I was even prepared to pay a pretty penny for the privilege.

What I experienced, however, was a can-do attitude from a front desk operator who didn’t miss a beat.  When he heard our sad tale, he told me he could happily accommodate us at no charge and allow us to stay in the room for four extra hours until 3 pm which is when we’d be departing for the airport.  I breathed a sigh of relief. 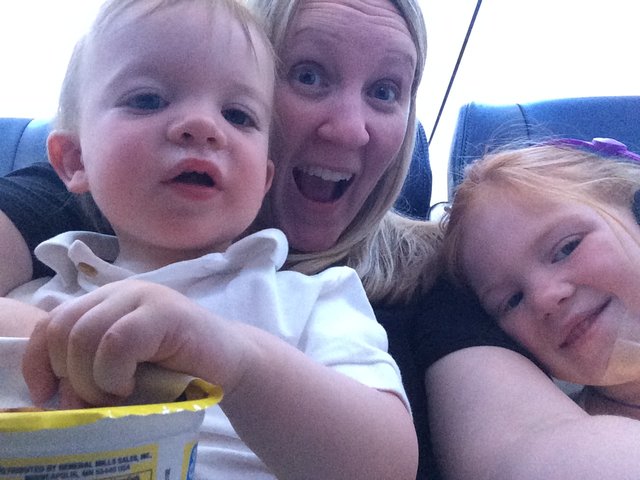 The return flight home later that evening – our daughter mostly rallied in time to celebrate her 100th plane flight.

Our daughter relaxed in the room for that extra time.  By being able to rest out of the heat while comfortable in our room, she was mostly recovered by the time we needed to leave for the airport.  That little gesture from the hotel to accommodate us truly saved the day.

Of course, as we were packing up for the airport, my husband began complaining that he was not feeling well.  You know what happens next.  It turns out he was the unlucky one with the miserable flight home.  Better him than a 6 year old though.

If you are thinking I got off easy in all of this, not so fast.  The germs simply waited until the next morning to claim me.

Disclosure: The Pointe Hilton Squaw Peak hosted my family during our stay in Phoenix.  As always, opinions are 100% mine.  (Note that I do not believe the late checkout accommodation we received was a result of being hosted, given the circumstances of the request.)