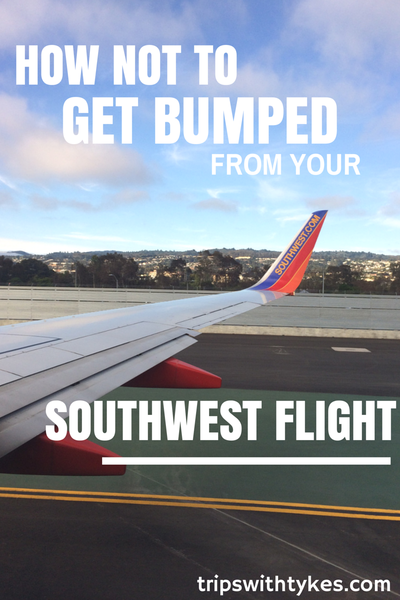 If you read this blog often, you will know that I am one of Southwest Airlines’s biggest cheerleaders when it comes to traveling with kids. I think Southwest offers a superior product for traveling families and have chosen to fly Southwest a lot more in recent months with my own children. A few weeks ago, however, I had a situation occur on Southwest that made me (temporarily, at least) question my undying devotion to the airline. This happened because Southwest oversold the flight on which my family was scheduled to fly from ATL to SFO on August 18, 2014. For more than a few brief moments at least, we were at risk for being bumped off our Southwest flight.

Background: What is an Oversold Flight?

What is an oversold flight, you ask? For those of you who don’t travel often, it is exactly what is sounds like: a situation in which an airline has sold tickets to more passengers than the flight can seat. Most airlines do it (JetBlue is one of the rare exceptions for U.S. domestic travel to have a policy that it won’t overbook). Cranky Flier has a great post detailing why airlines do it and how overselling works.

Some frequent flyers actually try to book themselves on flights likely to be oversold. In oversell situations, they can volunteer to give up their seat and travel on a later flight in exchange for a travel voucher. I’ve certainly taken advantage of offers like this myself in the past, but I don’t recommend doing so with young children.

In oversell situations, they are usually enough volunteers who take the compensation and open up enough seats for those who really need or want to take the original flight. But there are times when there are not enough volunteers and someone must be involuntarily denied boarding (IDBed or “bumped”). 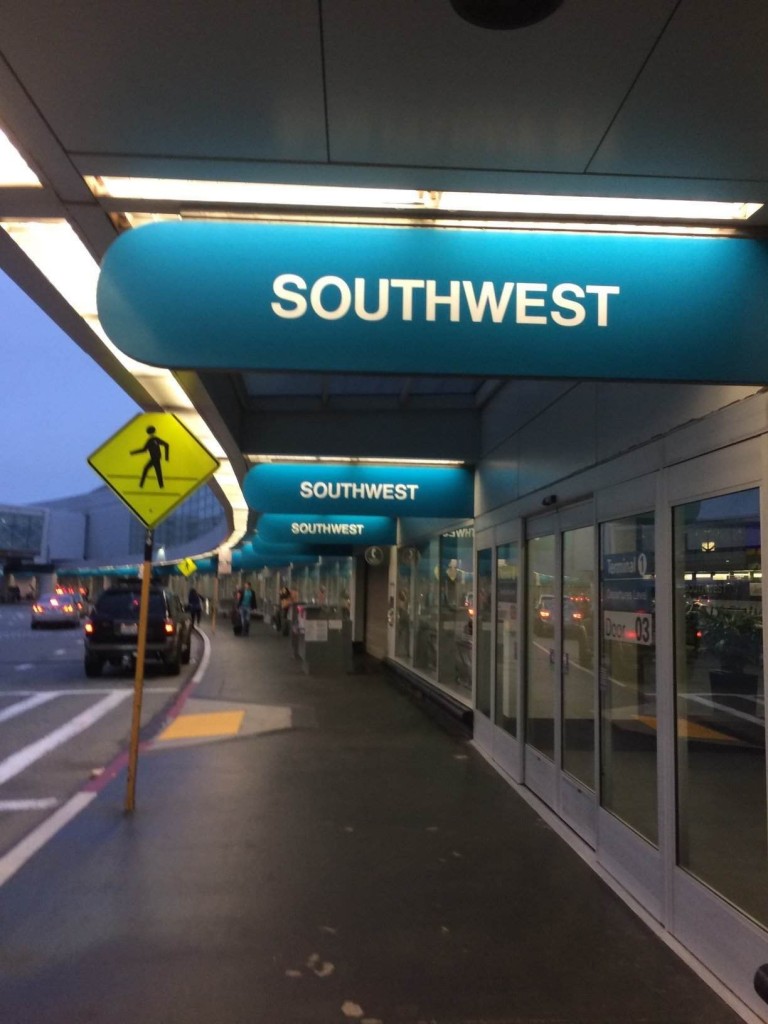 What Happened On Our Southwest Oversold Flight

So how did my family come to find ourselves scheduled on an oversold flight at at risk for bumping, you ask? It all relates to Southwest’s unique boarding process. I usually try to check in right at 24 hours before our Southwest flights to get “good” boarding passes (Southwest boarding procedure explained here). But I don’t worry too much about it if I miss this window. Why? Because Southwest boards families with kids ages 6 and under between groups A and B regardless of boarding pass number. Even checking in at exactly 24 hours in advance, I can rarely beat that boarding position.

On our return from this trip, I didn’t check in at 24 hours before the flight. Instead, I went to check in as we started our drive from Alabama to Atlanta to catch our flight home – about 5 hours before the flight. As I clicked on the Southwest app, I knew we had a problem when the app wouldn’t give my family boarding pass number assignments. Instead, it said that the number of allotted boarding passes had been reached and I had to go to the airport to be accommodated. I knew what that meant — the flight was oversold.

After a brief moment of panic, I quickly tweeted to Southwest Airlines to see what could be done. After some back and forth, it was clear I was out of luck. The Southwest representative told me to get to the airport as fast as possible, where a ticket or gate agent could help me. As someone without a boarding pass number, he wrote that we were indeed at risk for being bumped, despite the fact that we had booked the flight many months before. My husband put the pedal to the metal and we made a beeline for ATL.

When we got to ATL, we decided to divide and conquer. My husband and 5 year old daughter dropped my infant son and me at the check-in counters while they went to drop the rental car. The plan was for me to try to get seat assignments for all of us while checking our bags. Unfortunately, the counter agent was only able to get one of the four of us a boarding pass. He told me that we could get the rest from the gate agent (there were still some showing as available), but the sooner that I got down to the gate, the better my chances.

I raced with the baby through the TSA line at ATL (luckily we got to do the family lane since the baby was in a stroller), jumped on the air train, and ran down to the end of concourse C. You know what happened next, right? There was no gate agent there.  It was still an hour and a half before the flight and Southwest hadn’t staffed the gate yet. Sweating and starting to fume at the ridiculousness of it all, I finally found a nearby gate with a Southwest agent who wasn’t too busy. Best of all, she got boarding passes for us. We were safe and on the flight. Later at the gate, we heard the gate agent asking for several volunteers. Ultimately, the gate agent did get enough volunteers to make sure no one was involuntarily bumped from our particular flight.

But was all that really necessary? I don’t understand why no one in the Southwest chain of command could help me up until that point. There were still boarding passes available to be claimed, but no one could give them to us until we got to the gate. It was just needlessly stressful. Not my usual experience with the airline. 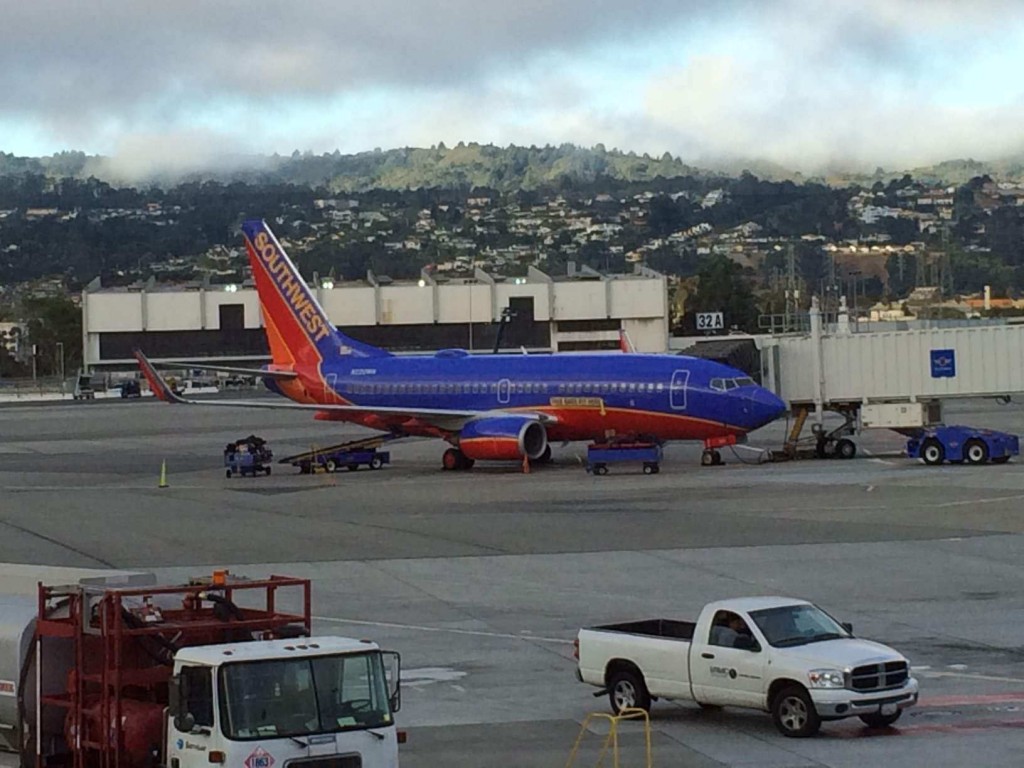 So why do I tell you this cautionary tale? So you don’t repeat my mistake.

It was a total surprise to me that Southwest puts those who check in “later” and can’t get a boarding pass first in the line for involuntary bumping. And if I (a frequent Southwest flyer) didn’t know about the need to check in very early to minimize bumping risks on Southwest, the average traveling family isn’t going to know this either. The purpose of this post is to make sure all traveling families out there know to check in early on Southwest even if it doesn’t get you a better boarding pass number than family boarding. Even at nearly 5 hours before the flight, we were (unknowingly) in a bumping danger zone.

In the end, there is no way to know how “at risk” our family was to losing our seats and being IDBed. I also I think Southwest could publicize the fine print on the issue of oversold flights much better. Perhaps the airline doesn’t do this because they are able to accommodate everyone the vast majority of the time. But that certainly didn’t give me peace of mind for several hours on this journey.

Have you ever been on an oversold Southwest flight? Were you successful in getting a seat eventually or were you bumped? Share your experiences in the comments.

I wish I would have read this prior to yesterday! We are not frequent flyers and found ourselves in an awful situation with SWA. We booked seats (we are a family of 4) with them from SEA to MCO months ago. We weren't aware of the need to check in 24 hours prior. When we arrived at the airport 2 hours prior to our flight we were told we had been bumped because they had oversold the flight and we were the last to check in. WTF?! Mind you, this is during spring break! I don't understand how or why they would oversell flights during this busy week.

Our original flight was scheduled to leave Friday at noon. Because of the busy spring break, all over flights were sold out as well, and they coudn't get us to Orlando until MONDAY!!!

I have not flown with SWA before, but I can definitively say I will never do so again! They were less than accomodating for us in our situation. They made no attempt to try and find us anything other than the direct flight on Monday. They did compensate us 400% for each ticket. But this did not come close to the money we lost in car rentals/hotel/Disneyworld tickets etc etc.

Grrrrrr. Boo on you Southwest!!

So sorry! That is a truly unusual situation indeed but you are right - overselling flights to MCO on spring break week hardly makes sense. Pretty much 100% of those passengers are going to fly. Not like a business travel route where passengers change their plans a lot. I'm so sorry you had such a rough spring break and hope the word spreads to check in early, on Southwest or any other airline!

They never offer vouchers when I could take advantage of them. :)

This past trip on SW, we put our teen in charge of check in. We figured bad seats was then a valuable lesson to him in responsibility (the kids cared more about having to sit by strangers!) But we didn't know how BIG a lesson it might have been!

When I was younger and travelling solo I used to hope I'd get bumped but I can see it would be stressful with kids in tow. Since I've had children (oldest is 15) I've never even been on a flight where they've been asking for volunteers. Maybe the airlines I fly (mainly in Europe) don't do this so much.

I was unaware airlines even did this!!