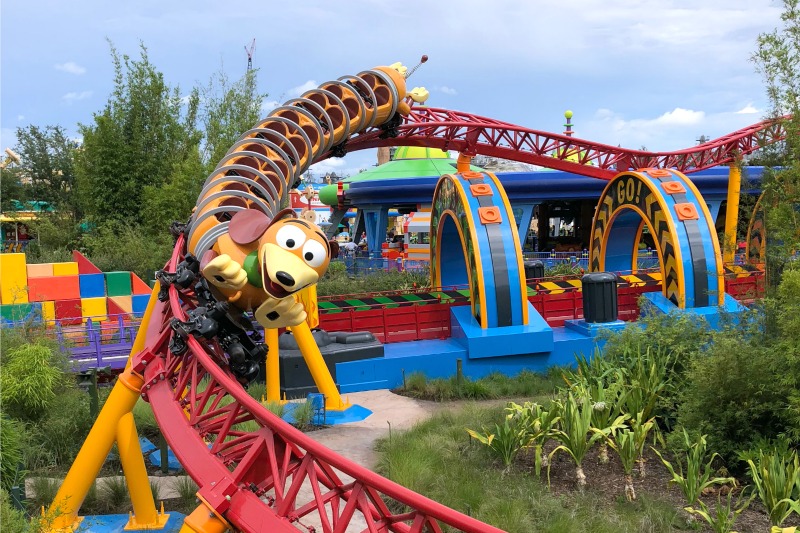 Slinky Dog Dash has earned its long wait times by virtue of being an amazing attraction. We believe it’s one of the best thrill attractions to get your children’s feet wet with – it’s got a mild amount of thrills and a lot of theming. The premise is that Andy created a rollercoaster with his toys in his backyard, so it’s a rollercoaster for kids through and through.

As far as rollercoasters go, Slinky Dog Dash doesn’t feel too fast or jerky. In fact, it’s one of the smoothest rollercoaster rides at Walt Disney World. The combination of thrills, theming, and the fact that lots of kids can ride this attraction (it has a 38 inch height minimum) leads to the ride’s wild popularity and long wait times.

If you want to ride Slinky Dog Dash without the wait, definitely take the following tips into account as you plan your vacation. And trust us, you probably want to! 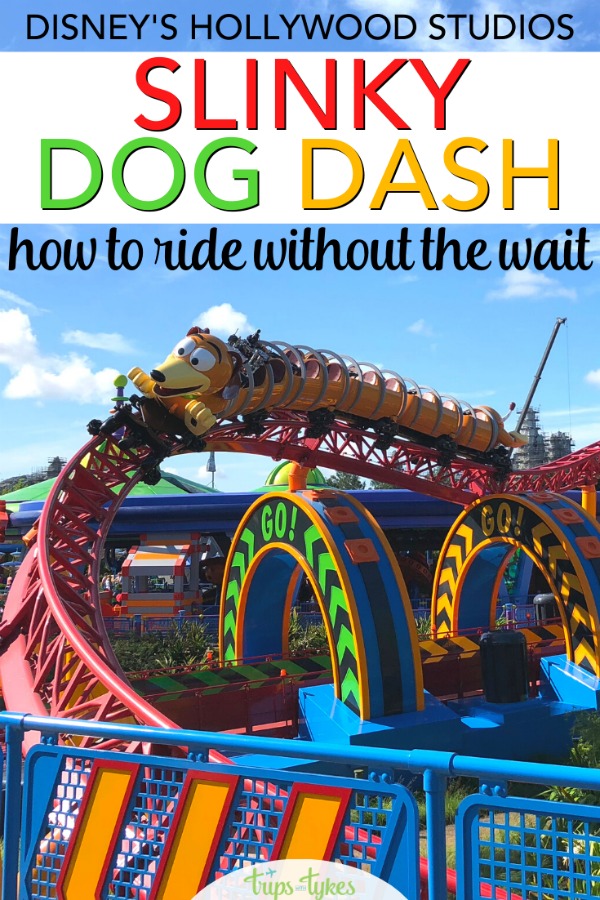 How to get a Fastpass+ Reservation for Slinky Dog Dash

Getting a Fastpass+ Reservation for Slinky Dog Dash Before Your Trip

If you plan to visit Disney’s Hollywood Studios towards the latter half of your trip you increase your chances even more. Then you’ll find that there will be many more available Fastpass+ reservation times for Slinky Dog Dash. In fact, you’ll often get to pick and choose the times that will work best with your touring plan.

One insider tip that people don’t know about is that Disney World often releases Fastpass+ reservation inventory during the day. That means while you’re already in Disney’s Hollywood Studios, there’s a chance that Slinky Dog Dash Fastpass+ availability might become free sometime during the day. This is what some call the “Fastpass drop”.

To catch one of these Fastpass drops, you need to constantly search for Fastpass+ reservations on your My Disney Experience App on your phone while you are in the park. If you want to maximize your chances to grab a Slinky Dog Dash Fastpass+ reservation, check your app early and often throughout the day.

Secondly, the timing of these Fastpass+ drops changes all the time, so we really recommend you just check periodically throughout the day. Disney often drops new Fastpass+ reservation availability in the early afternoon and a lot of times they will release on the hour. So make sure you’re searching diligently all day. We also like to remember to check every hour on the hour. When the Fastpass drops happen the Fastpass+ reservations go fast. 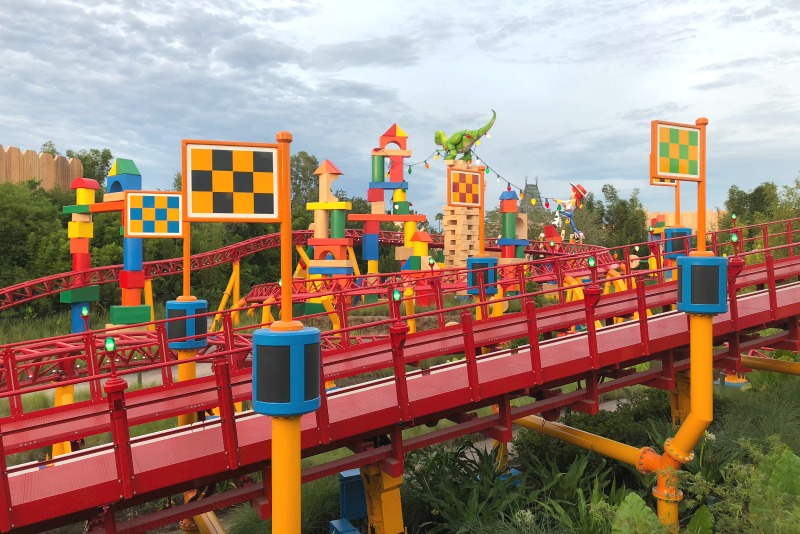 If you’ve rope dropped Hollywood Studios in the past to ride Slinky Dog Dash or other thrill rides, forget everything you’ve ever known about rope drop. Starting with the opening of Star Wars: Rise of the Resistance in December 2019, rope drop strategy for Slinky Dog Dash has changed completely. In the past, lining up an hour before official park open time would have been sufficient, but now you’re competing with thousands of people to get to the front of the rope.

What has changed is that many more people are at Disney’s Hollywood Studios for rope drop because boarding groups for Rise of the Resistance become available at official park open time. If you aren’t very close to the literal rope, you often are looking at an hour wait for Slinky Dog Dash even five minutes after the park opens!

To maximize your chances of a low wait at rope drop, we recommend you get to Hollywood Studios two hours before the park’s official opening time. After you go through security and are eventually allowed to tap into the turnstiles, you want to walk straight towards the Chinese Theater and then turn right and walk as far as you can towards Toy Story Land before a cast member and rope (hopefully) or a mass of people (more likely) stop you.

When the park opens, the cast member will drop the rope and gradually escort everyone in that group to Toy Story Land. If you’re far enough up ahead they will direct you to the Slinky Dog Dash queue, if you’re out of reach of the cast members you will likely queue under the green umbrellas along the right side of the path moving up towards Slinky Dog Dash.

It’s important to note that you cannot get to Toy Story Land from Star Wars: Galaxy’s Edge (or vice versa) when the park initially opens, so you cannot rope drop both lands. If you want to ride Slinky Dog Dash, make sure to bear right! 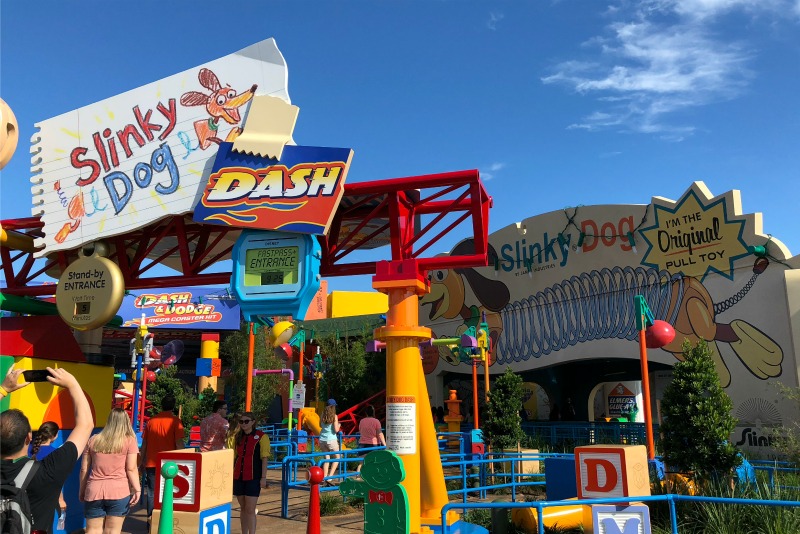 Another good way to reduce your wait time for Slinky Dog Dash is to utilize rider switch. Rider switch allows a party of adults who have children who either cannot or will not ride a thrill ride to save time in line by not requiring them to stand in line twice.

You can use rider switch on Slinky Dog Dash to save time in line as long as you have a child who cannot be left alone and will not ride. The cast members who help with rider switch are to the left side of the pathway leading up to Slinky Dog Dash, about one hundred feet from the Fastpass+ entrance.

You can have up to three people in the returning rider switch party. That means if you have an older child who’s riding Slinky Dog Dash (and of course another child who is not), you can give your riding child the opportunity to ride twice. Just make sure to tell the cast member that the child will ride twice – they will be happy to make that happen. That way the child gets to ride with Adult 1 and then ride again with Adult 2.

Other Strategies to Reduce Your Wait Time at Slinky Dog Dash 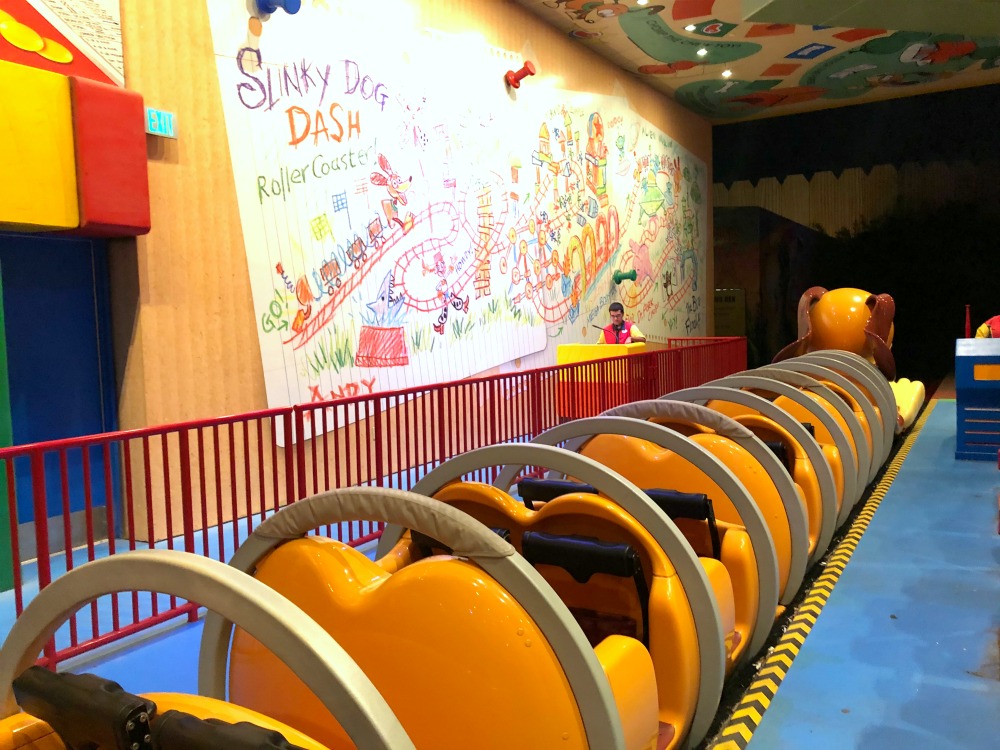 So if you queue for Slinky Dog Dash towards the end of the night, you’ll probably have the shortest wait times on any given day. You could even queue one minute before the park closes – the ride will accommodate anyone in line before the official closing time. So if Hollywood Studios closes at 10:00 PM, just make sure you get into line a few minutes beforehand and you’ll get to be one of the last guests to experience Slinky Dog Dash that night. The wait time will likely be inflated so don’t worry too much. The line should be the shortest it’s been since the morning – it just might not be as short as you hope.

If you don’t want to go that late, try to queue during Fantasmic or the Star Wars fireworks showtimes. Lots of people will gravitate towards those shows which means less people in line with you.

As we mentioned above, Hollywood Studios has quite a drop in crowds as the day wears on and this has positively affected evening extra magic hours as well. Although the lines will still be substantial, they’ll be much better than earlier on during the day.

Ultimately, the reason it’s tough to minimize your wait time at Slinky Dog Dash is because it’s an amazing ride. If you haven’t tried it before, we think it’s well worth the wait. But hopefully this post gives you ideas for how not to wait in line for the ride. Let us know your successes in the comments! 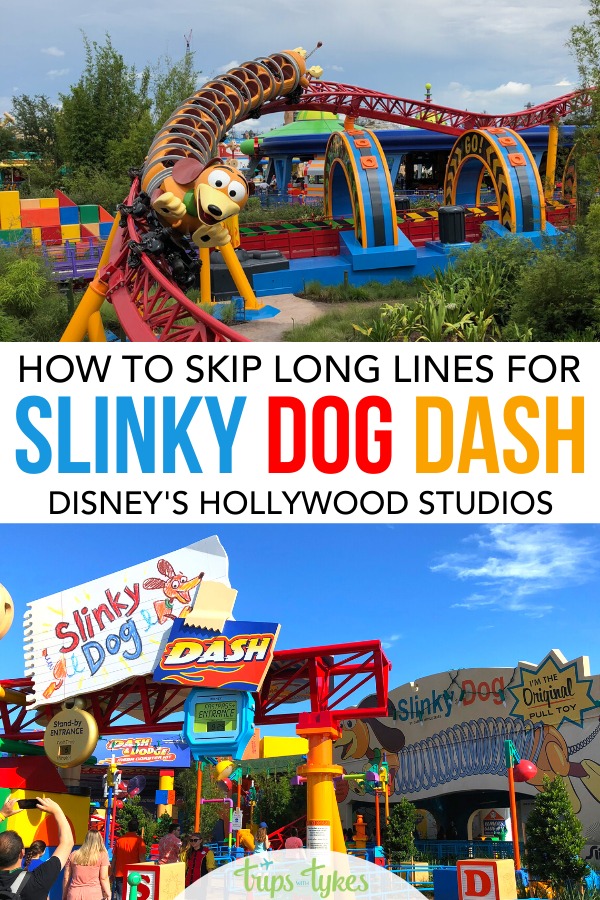 About the author: Contributing writer Joe Cheung loves traveling with his wife and three children. He has been writing about using miles and points to reduce the cost of family travel on his blog asthejoeflies since his wife was pregnant with their first child. He loves traveling all around the world with a special place in his heart for travel to Asia and all things Disney. When he’s not writing, you can find Joe chatting about Disney World on the Disney planning podcast Disney Deciphered that he and Leslie co-host or chatting about miles and points on his other podcast the Saverocity Observation Deck. 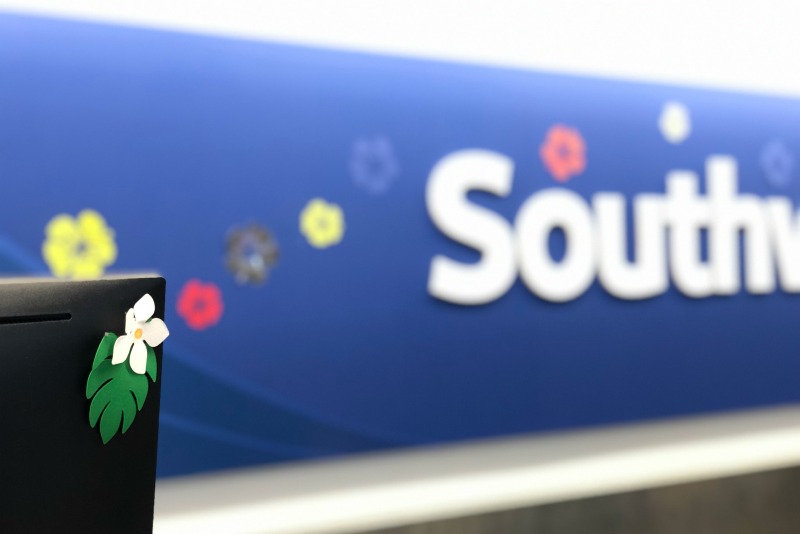 Previous
Thanks to Coronavirus, These are the Travel Deals to Jump on Now 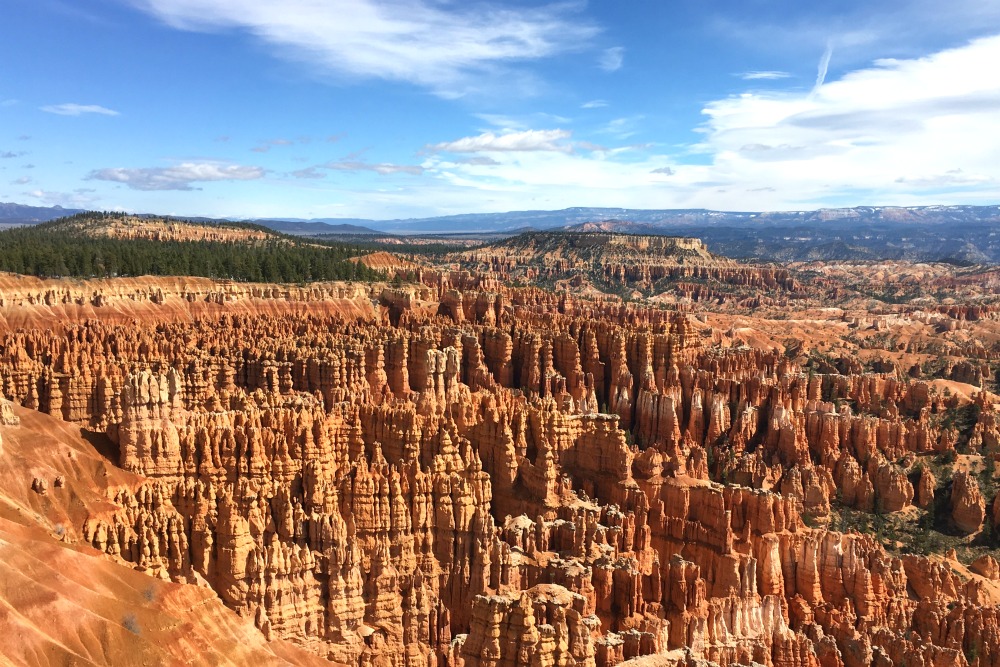 Next
Stopping Travel? Travel-Related Things to Do at Home Instead Right Now
Click here to cancel reply.