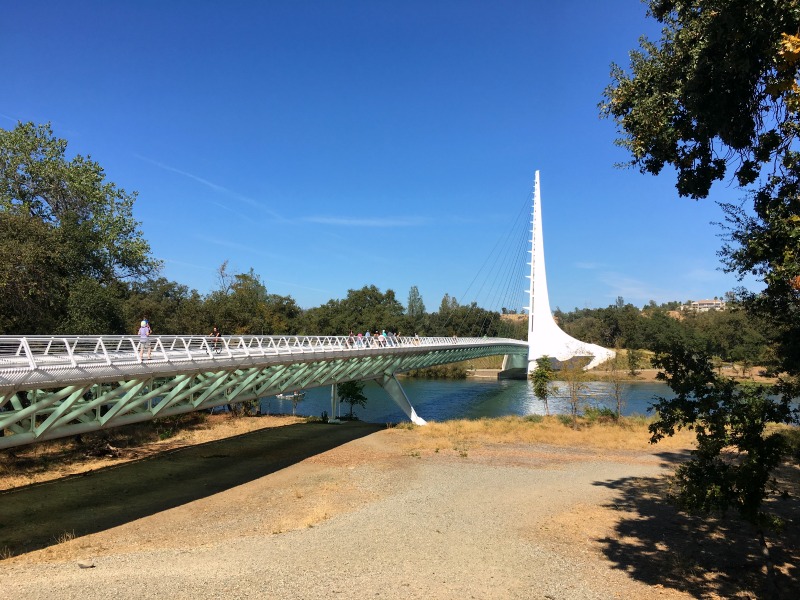 Sundial Bridge over the Sacramento River in Redding.

I’ve lived in Northern California for over a decade. But calling San Francisco “northern” is a bit of a misnomer. There are hundreds of miles that separate the City by the Bay and the Oregon border. Like many Bay Area residents who seem to have a mental roadblock somewhere around the middle of Mendocino county, I had not explored the vast reaches of the state that lie in that zone.

My family made it our mission in the second half of 2016 to visit some of these more northern regions of the Golden State to see what true Northern California had to offer. After a long weekend trip to the Avenue of the Giants and Eureka along Highway 101 on Labor Day weekend, we headed north on the I-5 corridor on Columbus Day weekend just a few weeks later. Our destination? The city of Redding.

What we found in Redding was an amazingly affordable and easy destination with kids. It’s a destination that Bay Area residents really need to consider for a weekend trip more often. The drive along I-5 was easy and uncrowded once we passed Sacramento. Redding had a lot to do that our kids really loved that works for a wide variety of ages. Here’s what you need to know if you are planning a visit.

What to Do in Redding California with Kids 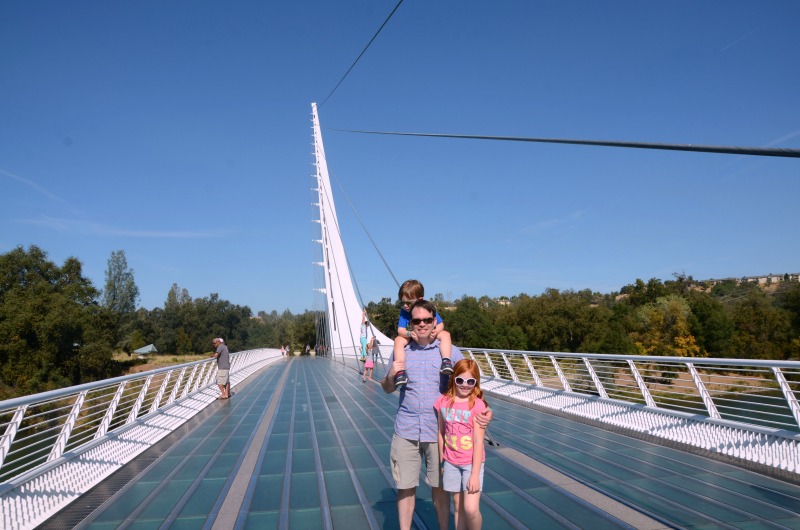 At the center of Redding’s downtown area is the iconic Sundial Bridge. This pedestrian and bike bridge spans the Sacramento River and is famous (and a bit infamous) for its extreme construction budget overruns. The beauty of the bridge seems to have made the financial sacrifice worth it, making the area a true destination for locals and tourists alike. It connects the city to a network of pedestrian and bike trails along the river that are fantastic for a stroll or outdoor adventure. 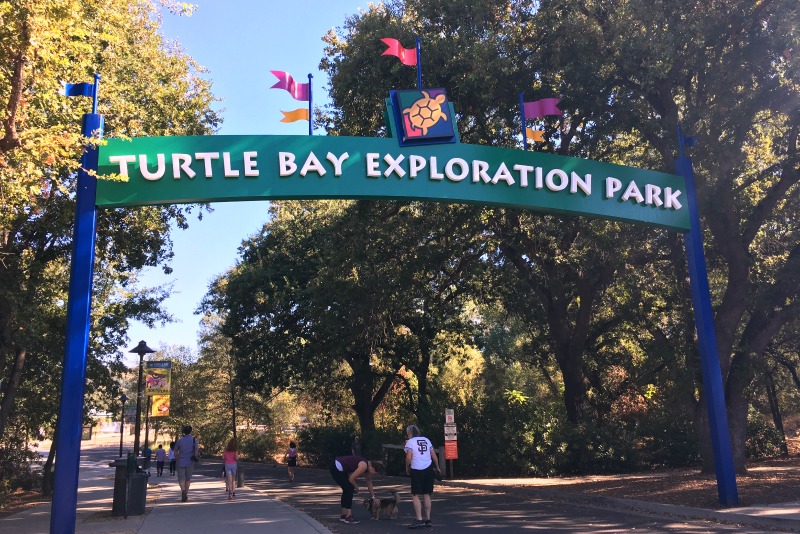 The top stop for families in Redding is Turtle Bay Exploration Park.

Right at the foot of the bridge is Turtle Bay Exploration Park which is worthy of at least a half day when visiting with children. Turtle Bay Park is a museum, forestry and wildlife center, arboretum and botanical gardens all rolled into one. My found a ton to do both indoors and out in the enormous park. The highlight of our visit was undoubtedly feeding the lorikeets who climbed all over my daughter and me. My three year old son couldn’t get enough of the water play area nearby. 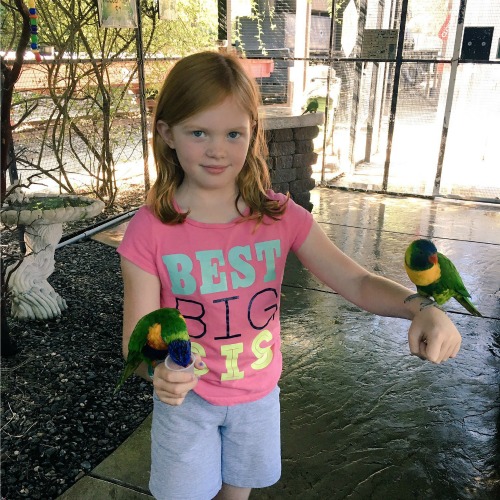 There is a lot of construction in the area with a new Sheraton hotel planned next door so this area will really be even more of a destination in a few years. 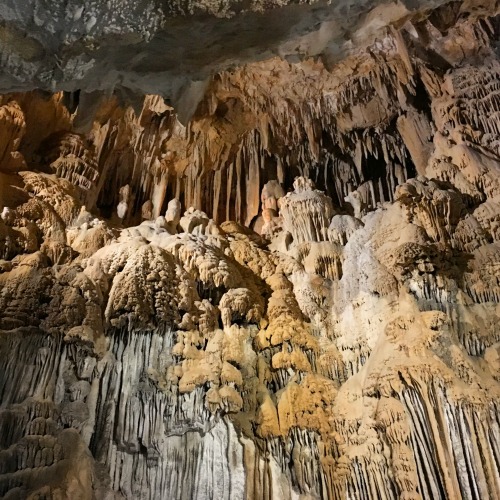 What kid doesn’t like caves? And frankly, what adult doesn’t either? Located about 25 minutes north of downtown is Lake Shasta Caverns which is truly a can’t-miss. These caves are breathtakingly beautiful and are an engaging way to talk to kids about geology as well as some California history and geography. At $26 for adults and $15 for kids ages 3-15, it’s a bit pricey for families but ultimately well worth it. 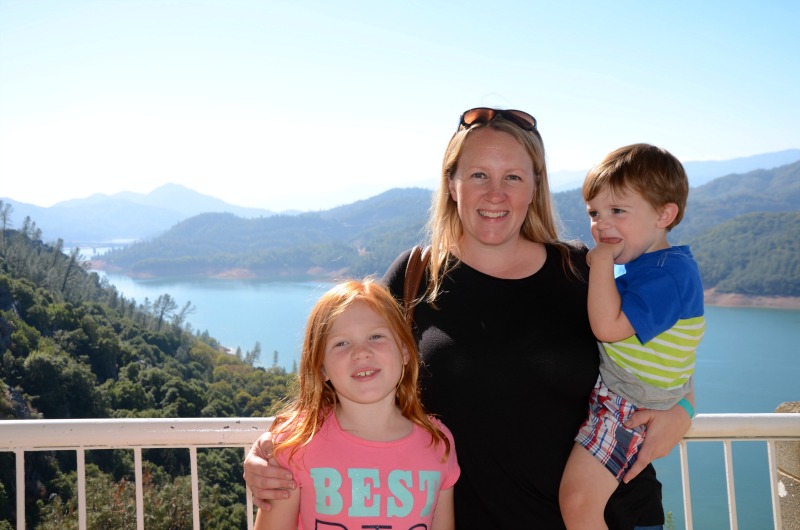 The tour includes a boat ride across Lake Shasta to reach the caverns and is about 2 hours long. The tour involves a lot of steps and a few tight spaces, so you should be in decent shape to attempt it. My 7 year old had no issues but the 3 year old rode on dad’s back for a lot of the tour. Definitely bring a baby carrier if you have babies or toddlers. 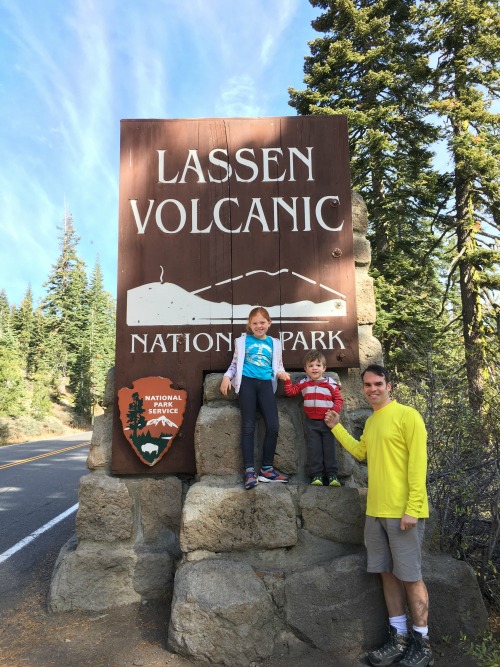 Lassen Volcanic National Park is worthy of at least a full day visit.

The reason we decided to visit Redding in the first place was because of its proximity to Lassen Volcanic National Park. National parks are affordable and education destinations for family travelers, and we’re trying to hit as many of them as we can.

Lassen has the dubious distinction of being the nation’s least visited national park in most years. But do not let that deter you from a visit. It has scenery and attractions to rival Yellowstone but perhaps just not quite the location to command the visitors. Plus, it has the additional challenge of being mostly snowed in during winter months , so it can only really count visitors for half the year.

Lassen is best known for Lassen Peak and its geothermal activity. Stop at Sulphur Works for a quick look at bubbling mud pots. For a moderate hike that most families can easily do, head for Bumpass Hell. This hike is 3 miles roundtrip with a moderately short stretch that is quite uphill but it was more than doable for our 7 year old. Even our 3 year old hiked half of it. Also don’t miss the two visitors centers (one on the north end of the park and the other on the south) for quality exhibitions and videos on the region. Bring a picnic for lunch and enjoy it along the shores of the North Summit Lake picnic area. 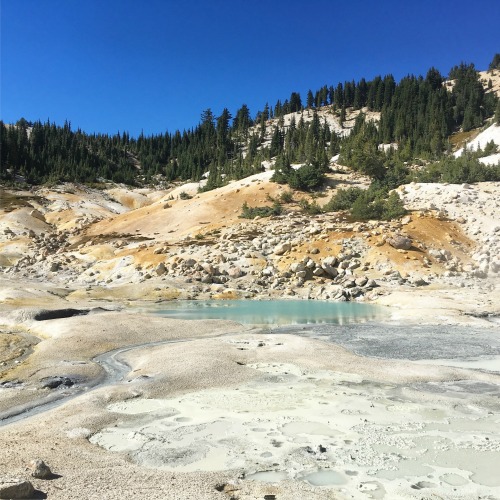 Plan for a full day to visit the park at least, as it is a bit off the beaten track from Redding and other major population centers. (And look for a full post I’ll have coming soon about Lassen with more details on the best plans for a visit!).

Where to Stay in Redding

There are a lot of modest chain hotels in Redding that offer reasonable rates and pretty reliable accommodations. No need to break the bank here! We opted to stay in the Hilton Garden Inn Redding just a few exits south of downtown because it was one of the newest in the region. The service was small town friendly and the hotel was indeed bright, new, and totally right for the price (we paid $117 a night using a AAA rate).

After two nights in Redding proper, we ventured even farther north for our final night of a three day weekend. Our destination? A hotel that is a destination unto itself: Railroad Park Resort in Dunsmuir, California. Located in the shadow of Mount Shasta, this hotel is truly a dream for train-obsessed kiddos. The hotel’s rooms are cabooses converted in hotel rooms with every modern amenity. You’ll find a full bathroom and a variety of bed configurations for families of various sizes in each. We stayed in Caboose #10 which had two twin beds and a queen. Heat was more than adequate and there was even WiFi that worked (partially). And the hotel’s restaurant in a converted dining car was a true standout. It offered fine dining but was ultimately kid friendly as well. 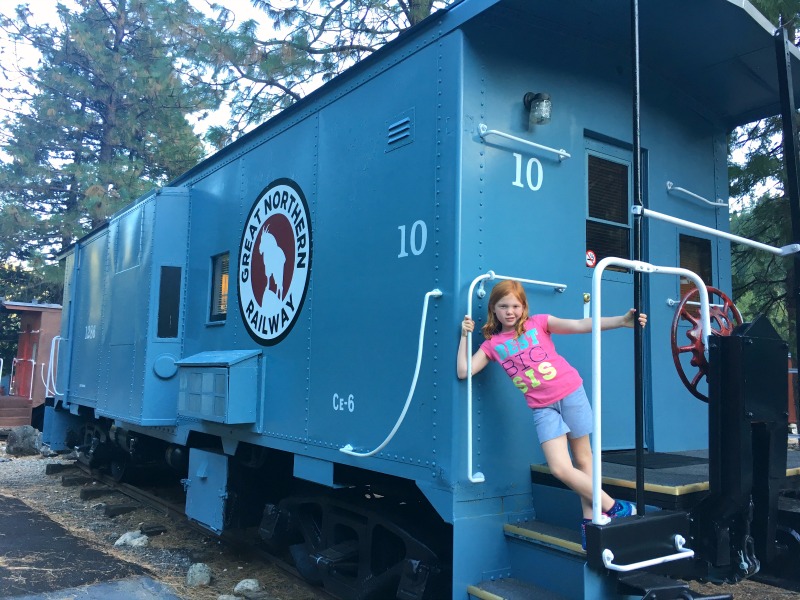 Our caboose room at Railroad Park Resort in Dunsmuir.

So, head north young families! I think you’ll find that a weekend in Redding to be a truly enjoyable and kid-friendly excursion into the real Northern California. 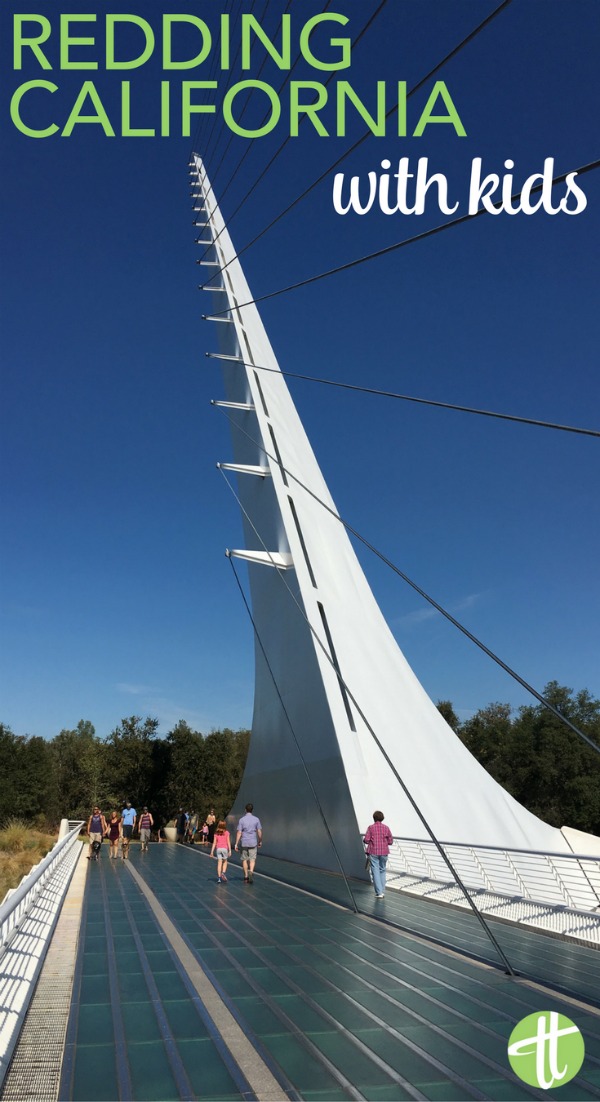 Disclosure: Thanks to Visit Redding for providing us with hosted admission to Turtle Bay Exploration Park and Shasta Caverns. All other travel costs were at our own expense. All opinions are my own.

10 Amazing Fall Destinations in California for Families - Trips With Tykes

[…] Volcanic National Park near Redding may be one of the nation’s least visited national parks, but don’t let that dissuade […]