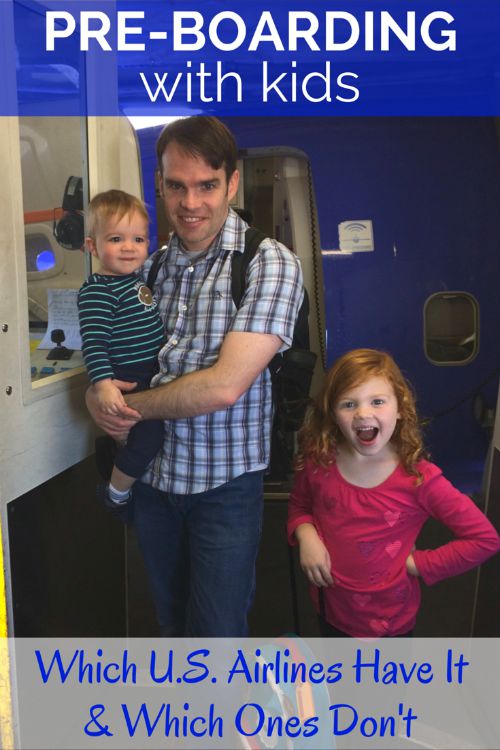 Several of my friends have recently attempted their first trips traveling with babies and small children, and the refrain that I most often hear after these trips is the following: “Did you know that Airline X doesn’t pre-board children any more?”  Unfortunately, I did know that!  But it appears that the message is not filtering down to families who travel more infrequently, leading to a lot of upset parents who were planning to take advantage of a few extra minutes to lug bulky car seats and diaper bags down the airplane aisle.

Generally speaking, I think it is poor policy not to allow pre-boarding.  Traveling with small kids often slows even the speediest of travelers down, and it is helpful to have a few extra minutes to get a child settled and strapped into a car seat before the onslaught of other passengers board.  But I suspect there is also a real reason for the change.  Once most airlines started charging for checked bags, overhead bin space became much more in demand.  Allowing families without status to board first often meant that precious bin space would be used by these families before elites could board.  And airlines don’t want to make those elites mad!

I think the airlines could do a lot more to inform passengers of this major shift that has taken place in recent years so that everyone’s expectations are adjusted accordingly.  Several airlines have a section on their website entitled something like “Travel with Infants & Children,” and this would seem to be a logical place to list pre-boarding policies so that passengers can be prepared.  But I was able to find only one domestic carrier – Frontier – that clearly explained its pre-boarding policies on its website.  Major airline fail. 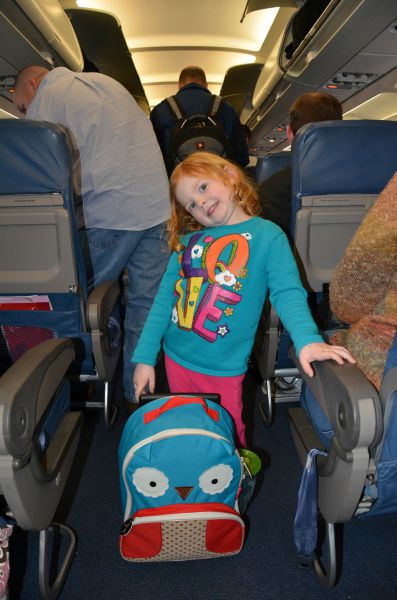 Big enough to board with everyone else, apparently.

Until the airlines do their jobs in this regard, here’s a quick rundown of the pre-boarding policies of the major domestic carriers.  Please note that this is the BEST information I can find out there on the web and from my own recent travel experiences, but information is very spotty for several airlines.  Please comment if you’ve had recent experiences with any of these airlines that differ:

Flying With Children - The Ultimate Guide To Less Stressful Flights

[…] Pre-boarding is on Delta Airlines’ “menu.” Families with small children get the extra time they need to board the plane, find their seat, and settle in – without having to worry about other passengers waiting in line. […]

Traveling Abroad With Kids? It Can Be Done | Your Health Journal

[…] important to research current offers and policies, as these tend to change monthly or yearly. Some airlines will let small children sit on your lap for free (second carry-on?). Others won’t. Some will offer discounted seating to […]