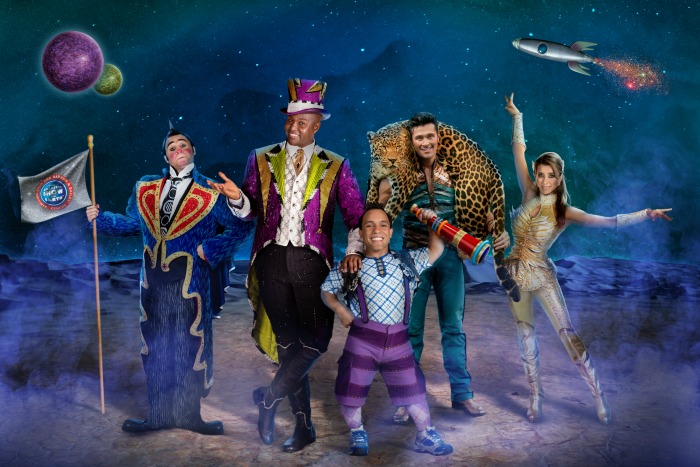 When my family travels, we usually make time to see several kid-friendly shows and performances. When we are home, however, we definitely don’t go to see enough. I was excited when my family was invited to see the latest Ringling Bros. and Barnum & Bailey Circus show as it passed through my hometown. I hadn’t been to a Ringling Bros. show since I was a child. I was excited to revisit my childhood memories while making some new ones with my kids. 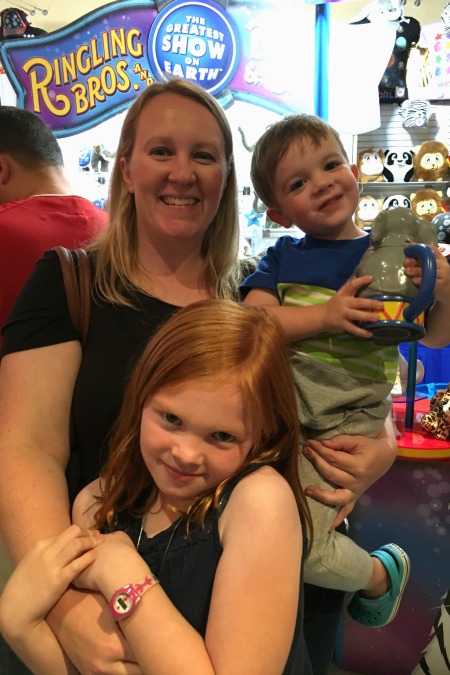 Out of This World Review

The new show is called Out of This World, and it definitely lived up to its name. The circus has definitely changed quite a bit since I was a girl – most notably with the permanent and recent retirement of the iconic Ringling Bros. elephants. Would the show be as big and impressive without them there? My family’s answer was a resounding yes. There’s a reason the Ringling Bros. circus is called “the Greatest Show on Earth.” The performers and creators know what they are doing to wow the crowd. And we certainly found ourselves saying wow out loud – a lot! – as we watched.

Without the imposing presence of the elephants, the show needed to compensate with big entertainment in other ways. Out of This World did it that in spades, with a full intergalactic good vs. evil story line featuring musical theater style elements. The story isn’t particularly sophisticated, but it doesn’t need to be. It entertained, and was accessible to even the youngest of visitors. Out of This World was pure family fun at its best with some technically impressive performances that rival the athleticism of what is going on in Rio right now.

There were lots of new twists in the performances, including adding the element of ice to the show. The ice skaters truly upped the ante with feats like skating on stilts and performing flips (often in synchronization) from trampolines onto the ice. 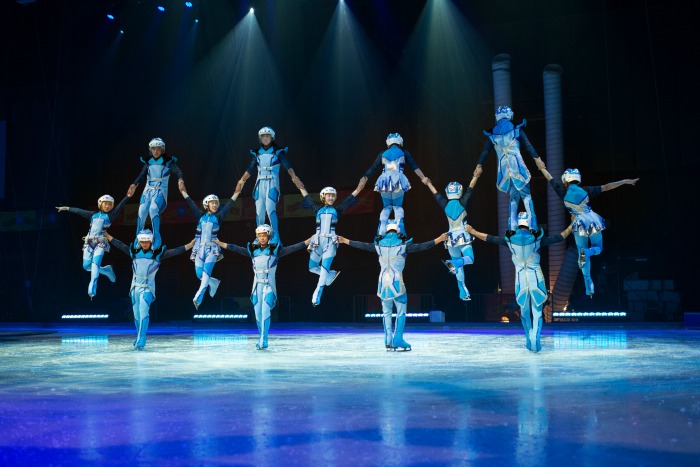 There were a lot of other acts that fascinated my kids, from the unicycling basketball players to motorcycles in the steel Ball of Death. My fierce and adventurous daughter especially loved that several of the motorcyclists were women! The always-intriguing trapeze artists made an excellent showing, and both my kids adored the antics of the clowns. I personally really enjoyed the ringmaster, who had a lovely voice and a commanding presence throughout the show. 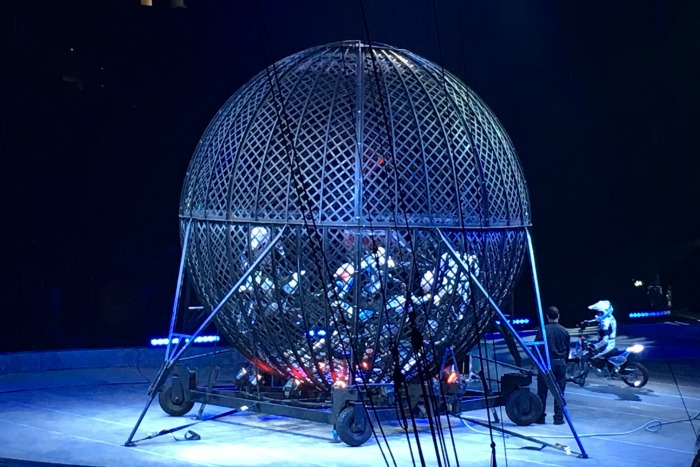 Even though the elephants are gone, you’ll still see plenty of animals at Ringling Bros. The show’s animal performers included lions, tigers, horses, llamas, donkeys, dogs, and even a pair of trained pigs that had my son smiling from ear to ear. But the centerpiece of the story and show is now the human performers.

If you’re thinking of seeing Out of this World with your family, here are a few things to know before you go! 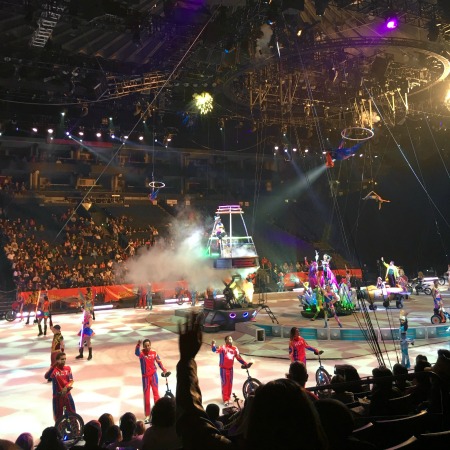 Tips for Seeing Out of this World 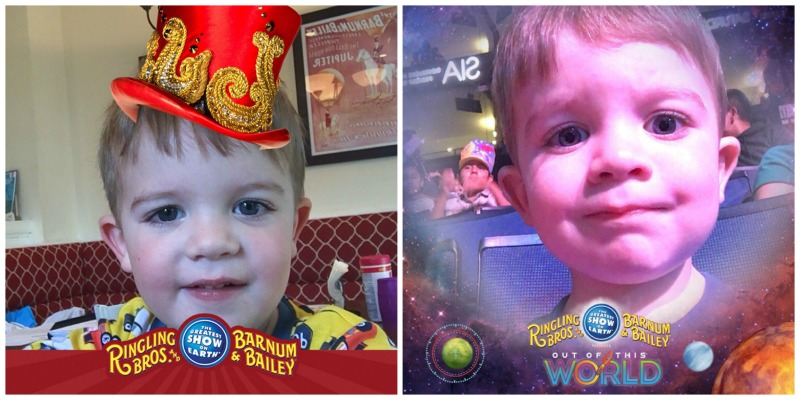 Where to See Out of This World

The Out of This World show is traveling all over California this month and next before heading across the country. Upcoming performances:

Disclosure: Feld Entertainment provided complimentary tickets to my family to see Out of This World. We paid for parking, souvenirs, and food while at the show. As always, all opinions are my own.