This post is sponsored by Visit Norway. All opinions are my own. 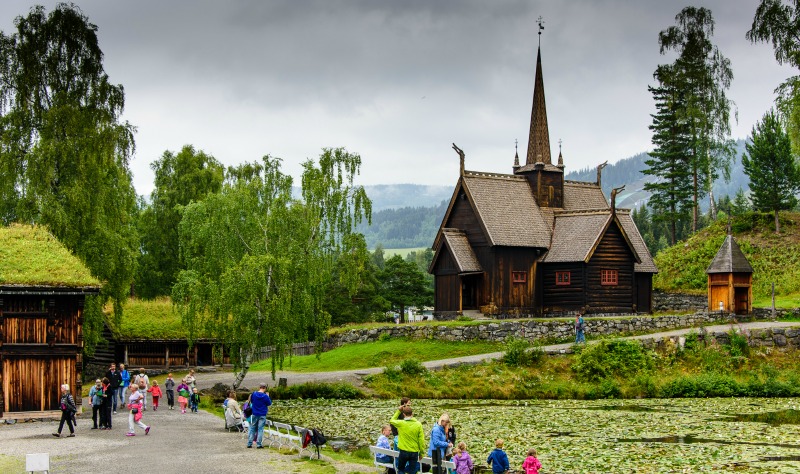 Just a few years ago, traveling to Norway moved much higher on my family’s travel bucket list. My husband and I visited Oslo in 2008 when I was pregnant with my first child and found it to be one of our favorite cities in the world. We knew we would want to go back with our kids one day, but the high Scandinavian prices certainly seemed an impediment once we faced the prospect of traveling with a family of three and now four.

So what changed? No, not Disney’s Frozen – although that certainly has landed Norway on many a traveling child’s bucket list.

This low cost carrier entered the U.S. market with a bang in 2013 and quickly added flights at our home airport, Oakland International. Norwegian truly changed the game for a lot of American leisure travelers, offering Boeing Dreamliner flights at reasonable rates to Europe. Many times when we have headed out on a trip of our own from Oakland, I’ve spotted the Norwegian planes calling to us to book a trip and return to Oslo. So when Norwegian Airlines and Visit Norway asked me to get the word out to fellow family travelers about the airline and what awaits to be explored on the other side of the Atlantic in the Oslo region, I jumped at the chance. 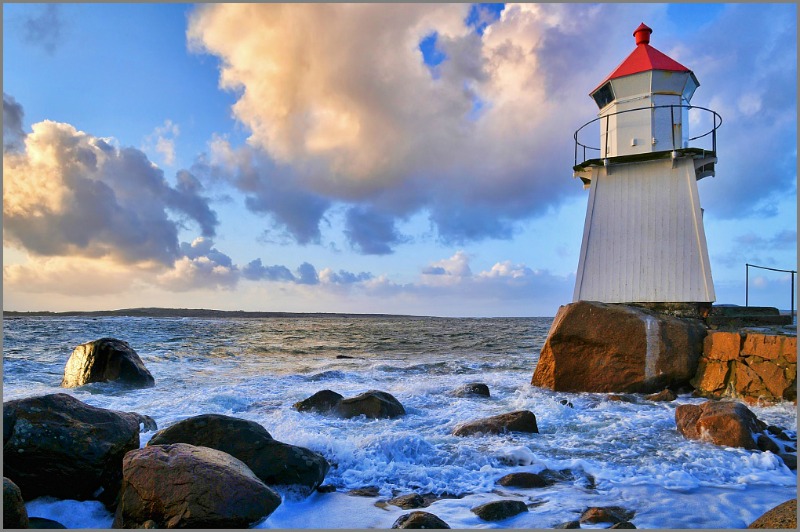 What Do You Need to Know about Norwegian Air?

First things first – getting to Norway. If you haven’t heard of Norwegian Air, it is definitely worth exploring for your next trip. The airline now has flights to Oslo from quite a few United States gateway cities including New York JFK, Boston, Providence, Newburgh New York, Fort Lauderdale, Orlando, Las Vegas, Oakland, and Los Angeles. 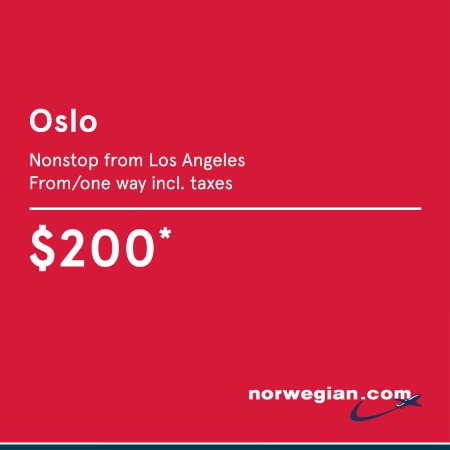 Norwegian can offer these deals because it unbundles some other amenities as many low cost airlines do. As long as you calculate and plan for checked bag fees, food, and seat assignments, you can still save a bundle with their fares. I especially love that Norwegian does not charge a carry on bag fee, unlike many of the domestic U.S. budget airlines. Norwegian also offers a premium class that is often priced far below business class seats on many other U.S. to Europe flights. In short, there are lots of choices, all priced quite competitively.

What to Do with Kids in Norway’s Oslo Region

But none of us travel just for the flight deals. The destination has to be worth it too. And Norway’s Oslo region certainly is well worth it for families. Oslo still looms large in my travel memory even though our trip was nearly a decade ago.

The city has public transit that was truly the best of any city I can ever remember visiting. This made getting around and seeing a lot in a short period of time extremely easy. As you know, I’m all about easy logistics when traveling with kids and Oslo’s transit efficiency is a standout. For families with older kids, bike rentals are plentiful and offer an active and inexpensive alternative. 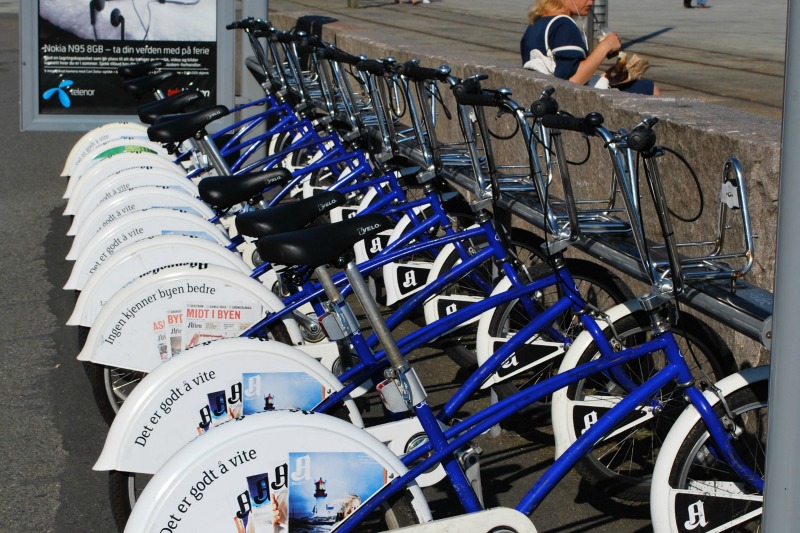 When in Scandinavia… do as the Scandinavians do! Bike rentals abound in Oslo.

If you are considering Oslo with kids, here are a few ideas for family travelers to explore in the area: 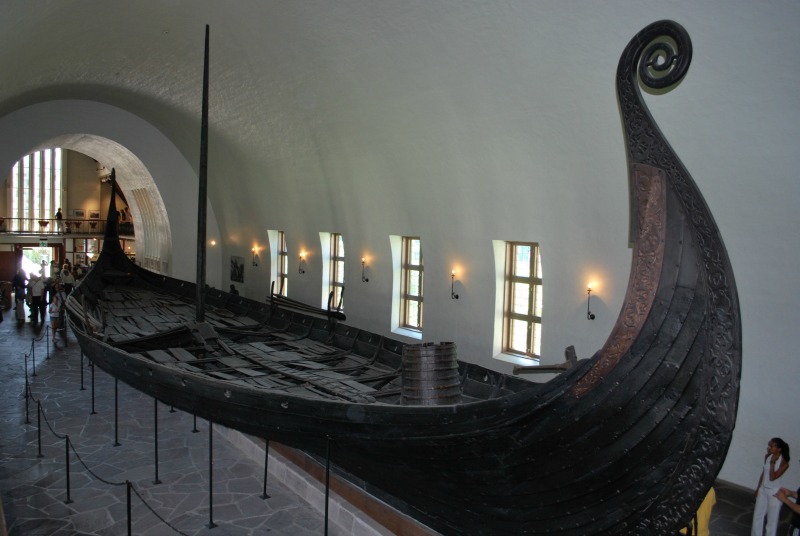 One of several ships in the Viking Ship Museum.

Other than Frozen, what many children already know about Norway is its rich Viking history. Pay a visit to the Viking Ship Museum on Bygdøy Peninsula to see several original Viking boats on display. A day trip to see the Viking burial mounds in Borre Mound National Park in Vestfold (part of Vestfold’s “Viking Trail”) is another outing that kids will enjoy. 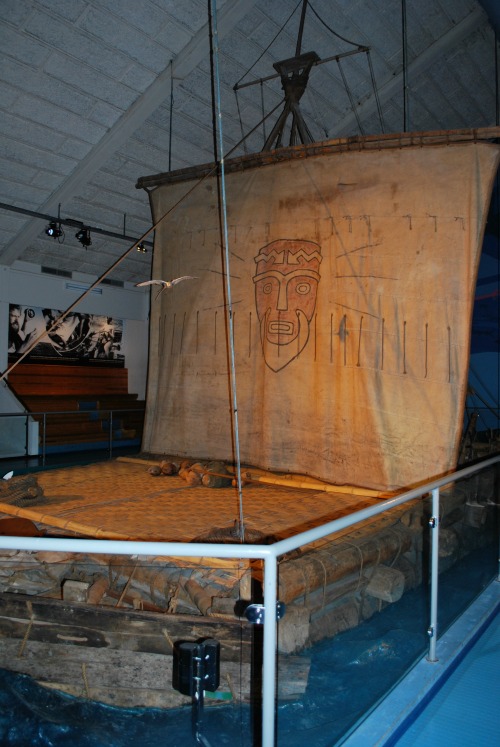 Thor Heyerdahl’s little boat that could.

One of the greatest adventure books of all time and one that is likely on the reading list of families with school aged kids everywhere is Thor Heyerdahl’s Kon-Tiki. This museum chronicles his many trips to the South Pacific with several of his original boats on display. 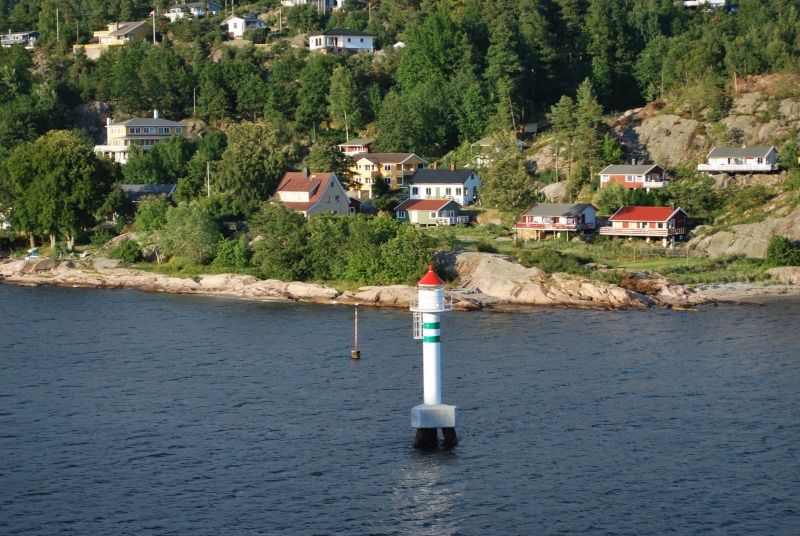 While Norway’s museums are about as kid-friendly as museums can be, children also need to get outdoors and explore to blow off steam in their travels. The Oslo region has many outdoor adventures, especially in summer. Oslofjord is known for boating, hiking, beautiful beaches, and peaceful seaside villages. You can take your adventure or relaxation pick. 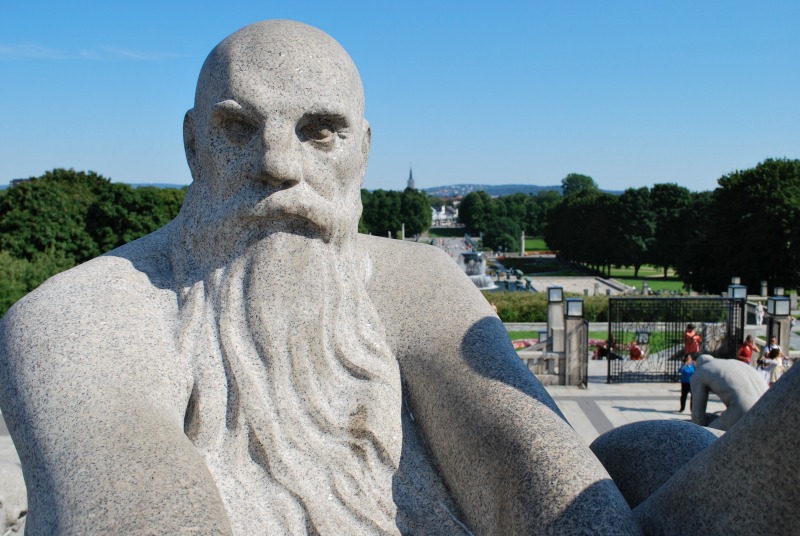 Frogner park is a great place to combine art with outdoor playtime for families.

Frogner Park is probably Oslo’s most well-known public park and is home to a fascinating sculpture garden. Plan a picnic, bring some games for the kids, and make an afternoon out of it on a glorious summer day.

Norway has twice hosted the winter Olympics, which means that there is a lot of Olympic history to be explored that will resonate with kids – especially families like ours where skiing is a big part of our winter travels. We visited Oslo’s Holmenkollen Ski Museum & Tower on our trip, which was an easy ride on public transit to the outskirts of the city. For a longer outing, Lillehammer (home of the 1996 games) is about two hours away and offers a number of other family-friendly sites.

Like many cities that have cold winters, Oslo really makes up for it in summer. Outdoor festivals happen all the time when the weather is nice. During my last visit, we stumbled on one ourselves which turned out to offer a fascinating cultural exchange.

A theme park visit is never a bad idea when traveling with kids and can be a cultural exchange all its own. While not as well known at Tivoli Gardens in neighboring Denmark, TusenFryd can be a great way to change it up when kids need a break.

For more trip-planning information on Norwegian Airlines and the Oslo region, check out these sites: