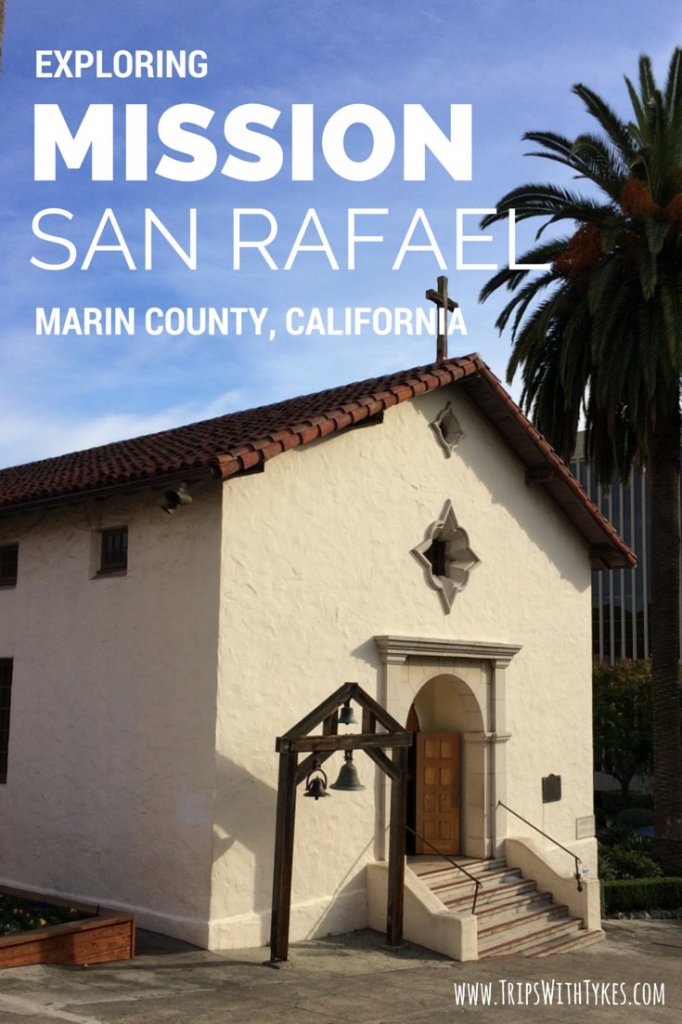 This post is part of a series by bloggers around California to visit and explore the California missions with kids.  The 21 Spanish missions in California were established by the Catholic priests of the Franciscan order between 1769 and 1833.  These religious and military outposts were designed to be a day’s walk from each other, along a path now known as El Camino Real or Highway 1 and 101, stretching 600 miles along the length of California.  I’m excited to share my experiences exploring Mission San Rafael Arcángel in Marin County, California with my  five year old daughter. 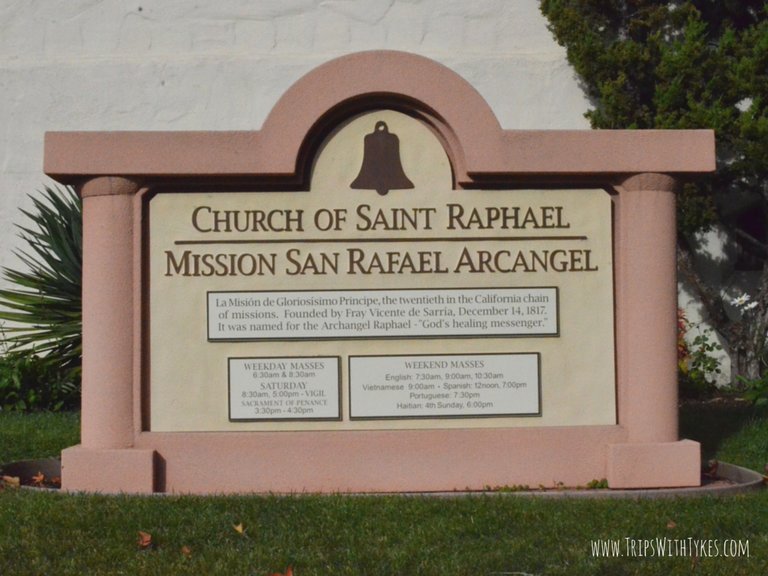 Mission San Rafael Arcángel has an unusual and interesting history, as it was not one of the original California missions.  Instead, it was started in 1817 as an outpost of Mission San Francisco de Asís (also known as Mission Dolores).  The missionaries in San Francisco found that the area wasn’t an ideal spot to care for the sick due to the cold and damp climate.  Mission San Rafael was founded in the warmer climate of Marin as a hospital, and was aptly named after Saint Rafael, patron of good health and travelers.  The mission quickly grew and became a full and independent mission in 1822. 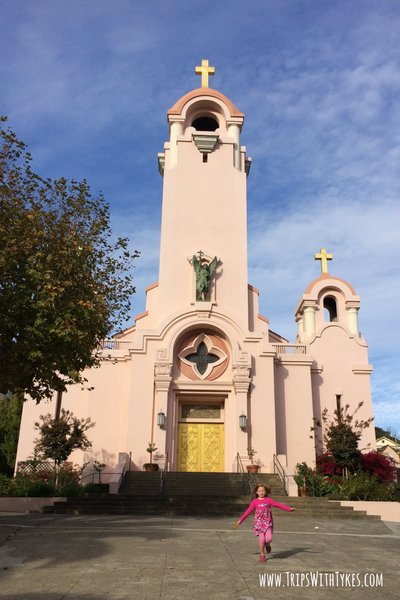 The mission at San Rafael was one of the few that was not built as a quadrangle and was reportedly more hastily constructed than many others.  The original mission building was destroyed in the 1860s and a church (still standing today) was built on the site in 1919.  A replica of the original mission was built in 1949 to the right of the main church.  Both the church and the replica mission host worship services today as part of the Church of San Rafael. Proposed excavation work is planned to ascertain the exact layout of the original mission.

Although the mission is not as large or elaborate as some of its counterparts, it is well-worth a short visit and is an excellent place to introduce younger children to the history of the missions.  Located just a minute off of Highway 101 in Downtown San Rafael in Marin County, it is a short and easy trip for anyone in the San Francisco Bay Area.  The church, replica mission building, and other church offices open onto a small square right in the heart of downtown San Rafael. 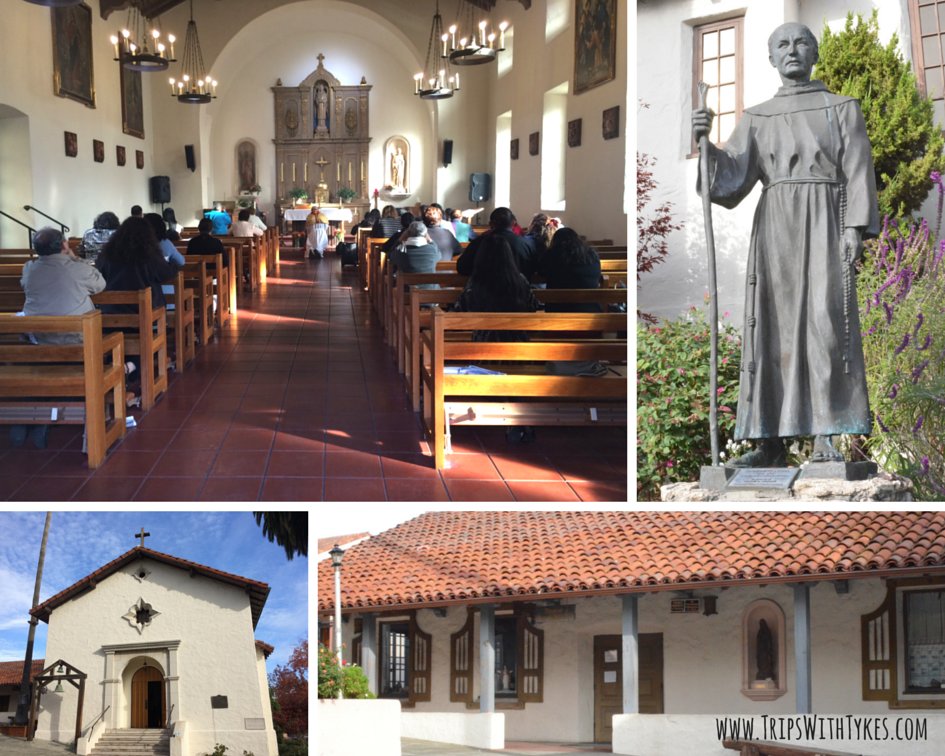 The church also operates a small gift shop and mission museum.  The museum contains mission artifacts and paintings as well as three of the original bells from Mission San Rafael.  The museum unfortunately has rather limited hours and was closed during our visit even though we arrived during normally scheduled hours.  You may want to call ahead to be certain it will be open during your visit.

Mission San Rafael Arcángel is fantastic, have you ever been to Oceanside Mission - Old Mission San Luis Rey. One of my favorite. Thanks for sharing this wonderful article.

5 Places To Visit With Kids In Northern California

[…] them. We’re going to start checking them out this spring thanks to this great information on Mission San Rafael from Leslie at Travel With […]

We've been wanting to get around to start seeing the missions. I think we'll start with this one over the holiday break! Thanks for giving us everything we need to know to get started!

Wonderful post and photos! I had a chance to stop by the mission years ago but didn't know the history. I remember the museum and gift shop was closed when we were there as well! Thanks so much for participating in this series!