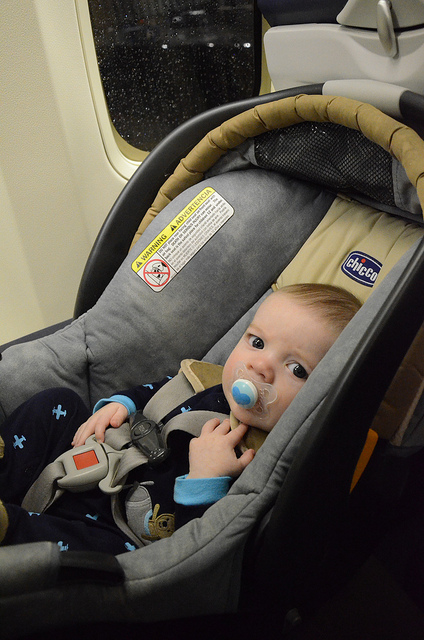 Every few weeks there seems to be another news story of someone kicked off a plane for questionable behavior.  Often these stories involve young children.  The airline’s story and the aggrieved passenger’s story are never the same.  It is hard to know which version of the truth to accept.

The viral story from a few weeks ago involved an autistic teenager and provoked strong reactions.  Today’s story of a child getting kicked off a United Airlines flight happens to involve a famous Canadian musician, Sarah Blackwood, and her 23 month old son, so it is getting more attention than many of these stories do.

United Airlines’ story and Ms. Blackwood’s don’t match.  United claims her toddler was unable to be safely secured and that he was roaming the aisles.  Ms. Blackwood claims that her son was indeed crying and fussing but that he was not unrestrained.  She says that the airline’s story isn’t even physically possible, as she was sitting with her child in a window seat (someone else was occupying the aisle seat).  Whatever the truth is, United ultimately turned a taxiing plane around delaying every passenger on board by about 75 minutes.  By that time, the toddler in question had actually fallen asleep.

Maybe we’ll know more detail in the coming days, but stories like this strike fear in the heart of every traveling parent.  What can you possibly do to prevent something like this from happening to you and your kids on your family travels?  After more than 100 flights with babies, toddlers and young kids in tow, I have a few recommendations:

As a parent, you are best situated to know your child’s limitations and challenges, whether that be because you child is simply going through the terrible twos or because your child has a special need of some sort.  You need to do everything in your power to control and limit disruptive behavior by your child.  Bribe, cajole, distract.  Bring snacks.  Bring entertainment.  Plan for contingencies like a cancellation or delay.  No matter how prepared you are, babies and toddlers (and even jetlagged older kids) may act out at moments, but you can minimize those situations by being a prepared parent.

2) Buy a seat for your baby or toddler. 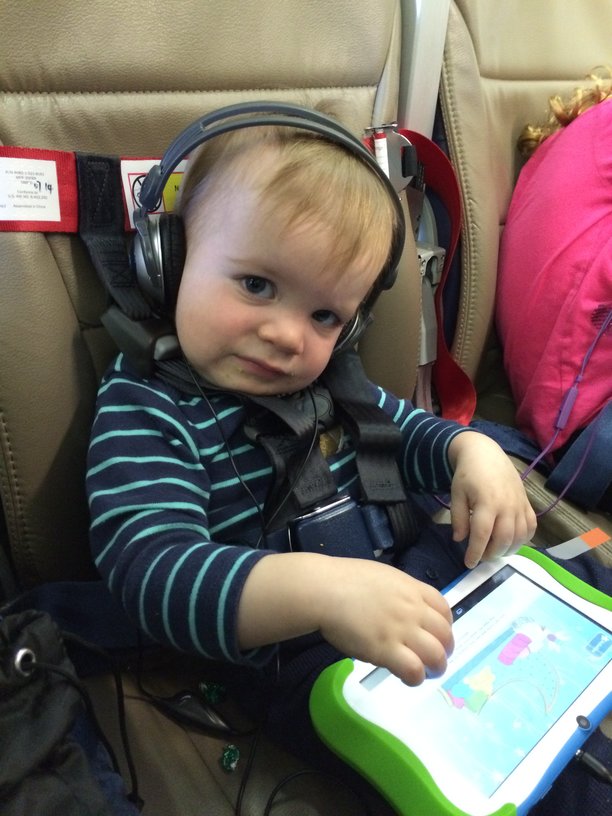 Several of the incidents that have escalated to the level of kicking a child and parent off a plane have involved lap children.  Often the airline’s claim is that the parent was unable to restrain the child.  If you have an active toddler, it would be very smart to consider booking a separate seat for your child to cut this potential problem off at the pass.  Let’s face it: it is difficult to hold a tantruming toddler in your lap.  Use a car seat or a CARES harness (not just the seat belt as toddlers can easily get out of it) for your toddler and there is simply no way for the airline to make a case that your child was improperly restrained.  Plus, you’ll be a lot more comfortable with an extra seat, especially on longer flights.

Once you board a plane, the flight attendants and ultimately the captain have – practically speaking – all the power.  While the vast majority of these folks are kind and fair, human nature is what it is.  You can sometimes encounter someone having a bad day, simply not knowing the rules (as was the case with a friend who was told by an American flight attendant she could not use a car seat for takeoff and landing), or just perceiving a situation differently than you do.

If you feel a situation is escalating with flight crew, state your case politely but firmly.  Decide how far you are willing to escalate and risk being thrown off.  Is it a matter of safety?  Or is it just a matter of principle?  Whatever you do, don’t raise your voice and don’t make anything resembling a threat.  At some point, however, continuing to protest (even politely) with an intractable crew member could trigger further escalation.  Decide whether it is ultimately worth it to you.  You can always raise with the airline or on social media after a flight if necessary.

If you do find yourself involved in an air travel incident (whether it be just disagreeing with the crew or ultimately being kicked off), do everything you can to preserve the evidence of your side of the story.  Get names and contact information of fellow passengers who witnessed the incident.  Get the names of crew members.  Write down what happened to you as soon as possible.  Be careful with video documentation while actually on board planes, however, as videotaping on some airlines is actually against the airline’s rules (which could escalate a situation further).

I certainly hope no parent has to go through the indignity of being kicked off a plane for a crying baby or toddler.  It’s a rare situation, but in the reality of today’s stressed out world of air travel, it can and does happen.  Just don’t let it happen to you.

This happening to me just two days ago with my wife my four year old and my two year old who all had paid seats and two-year-old was crying and he was just falling asleep and the stewardess told them that they had to get off of the plane wake the baby up get off of the plane and they were escorted off of the plane on JetBlue and they were treated horribly by the JetBlue staff and embarrassing and traumatized and had to find a hotel and Rent-A-Car and drive home from Chicago to Eastern Long Island took them a day to get home and JetBlue had no remorse at all they were just adamant rude disgusting behavior. If anybody else has any other situation like this can you let me know how you handled the situation what kind of attorney is needed for all the expenses and all of the mental stress and embarrassment and what they could do against JetBlue to have a case against them any information that could help me would be appreciated thank you in advance

Charter your own aircraft if you don’t like screaming babies your excellency...

Good for the airlines kicking screaming kids off the plane. No one should have to endure that.

I don't believe the airline AT ALL. We have had a few close calls, The last time was a flight from Kona to the mainland. We had purchased a seat for our toddler, so she was sitting in her own seat. We also had a CARE harness for her, so we were absolutely prepared. But our child still had an all-out, screaming-at-the-top-of-your-lungs tantrum. Somehow (we still can't figure out how she did it), she managed to wiggle out of her harness, perhaps because she's on the small side and maybe it wasn't tight enough. So she ended up by our feet and we picked her up and held her, but she was thrashing around like crazy. Fortunately, my husband, who's a big guy, was able to hold her throughout her entire tantrum. We had the row to ourselves, in other words, she was not kicking anyone, but her screams were likely bothering others. She ended up collapsing and falling asleep. The kicker is that we were getting dirty looks from a young couple across the aisle. But interestingly, we had parents sitting behind us and they were super sympathetic. I think it comes down to personalities and people's experience (or lack thereof) with a crying toddler. If you've never been a parent, you have no idea what a tantrum looks and sounds like. It can be terrifying to some people who're never around small children. I certainly didn't know that tantrums can be bad. Only after I became a parent, just 2 years ago, did I learn all this. Having read the story of the Canadian singer who got kicked off, I'm inclined to believe her and NOT the airline. Also, United is KNOWN for not being a friendly airline. I hate to generalize like that, but we much prefer American Airlines or Virgin or Jet Blue.

Thanks for commenting! I definitely agree with you that I think this story is much more likely to happen on United rather than on some other carriers. I can't imagine a similar story going down on Southwest either - flight attendants are really used to seeing kids on board and in my experience, it seems like a lot more of them are parents themselves. And yes, those toddler tantrums can be at alarming levels if you aren't used to seeing them. As one of my friends said about flying with kids: "fear the toddler, not the baby!" It is toddlers who can really get out of control.

I believe the airlines. They would not waste all that time and energy if it were not an emergency. As parents, we overprotect and get too emotional to have an accurate account.