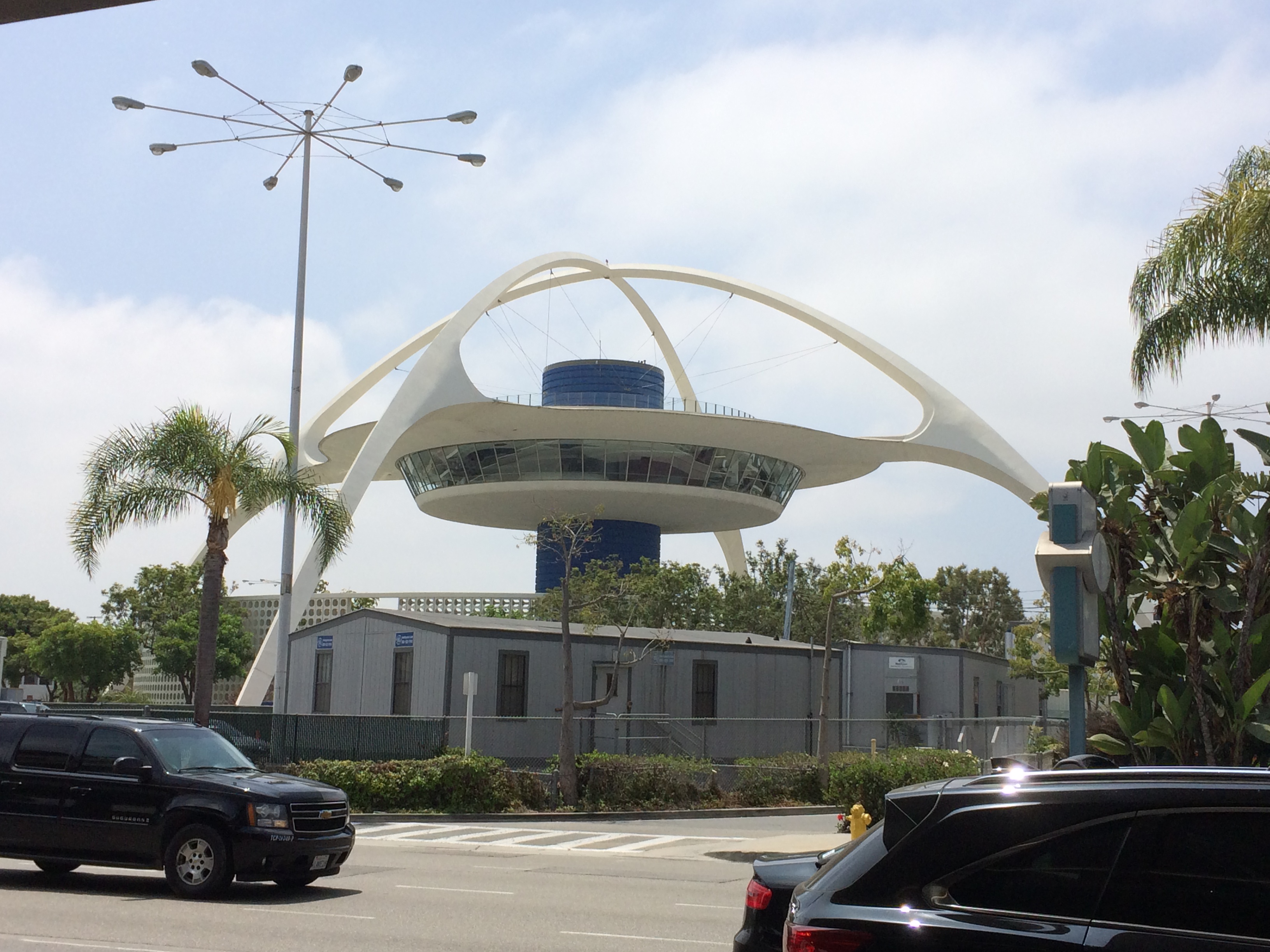 LAX may look nice, but don’t be deceived when traveling with kids…

I avoid Los Angeles’s main airport – LAX – like the plague.  I’m lucky that I’m able to do so because I live in the San Francisco Bay Area, which is an excellent international and domestic gateway in its own right.  Only very rarely does LAX have substantially better options for my travel needs.

My family traveled from SFO to Montreal on Air Canada last month.  In order to redeem our United miles for business class tickets (at the saver rate, of course!), we had to accept a flight with a connection on the way back: YUL to LAX on Air Canada in business then LAX to SFO on United in coach.  I knew that Air Canada and United were in different LAX terminals, and I knew that I would have to leave the secure area and go through a TSA checkpoint again in the United terminal.

But I’m a seasoned traveler.  My daughter is old enough to carry her own carry-on bag and walk by herself.  Our baby is portable and easy.  My husband and I were traveling together, so we had two sets of adult hands to make the logistics work.  We also knew we would pre-clear immigration and customs in Montreal, so our arrival at LAX would be equivalent to arriving on a US domestic flight.  And our bags would be checked through to our final destination in SFO.

Seriously, how bad could connecting in LAX be?

After deplaning, we looked around for signs to direct us to the terminal where United is located.  Nothing.  We also looked at the departures boards to see if our United flight and gate would be listed there.  Nothing.   As far as we could tell, the only way to find out what terminal you need to change to is to (1) do the research before your trip, (2) pull up LAX info on your smartphone when you arrive or (3) ask an airline employee — if you can find one.  There is simply no signage when you arrive in the Air Canada terminal that tells you where your United connection is located.  This is crazy!  I can only imagine that this is a connection that hundreds of people make daily since the airlines are in Star Alliance together.

We finally found an airline employee and learned that we needed to make our way from Terminal 2 to Terminal 7.  I’m always willing to walk, but it was simply too long of a distance with a 5 year old and a stroller.  We went out to the curb and looked for the free shuttle bus between terminals.

Again, no signage.  Instead, we saw lots of folks wandering aimlessly until we all found an airport employee to direct us to the shuttle stop in the center island and tell us what letter shuttle to take (Shuttle A, in case you are wondering.).  And then we waited.  And waited.  And waited.  The number of people waiting increased until we reached the point where we doubted whether everyone would fit on a single shuttle when it finally did arrive.

Right at 25 minutes later, a shuttle finally came.  We hurriedly folded up our stroller, grabbed our carry on bags, and elbowed through a bunch of pushy people all trying to make tight connections and desperately hoping to get on this one lonely shuttle.  We made it.  I even snagged a seat with the baby in my lap, although other families with kids were not so lucky.

We then inched our way, terminal-by-terminal from Terminal 2 to Terminal 7.  That’s four intermediate stops if you are keeping score.  At each stop, we spotted dozens and dozens of people hoping to snag a spot on this solitary shuttle.  Lots of pushing and shoving and general unpleasantness.  Each stop took about 5 minutes to off-load and load a new group of passengers.  But we finally made it to our terminal.

I’d estimate it took well over an hour to make it from our Air Canada gate to the door of Terminal 7.  And then, of course, we had another TSA security checkpoint to clear.  Something is wrong when dealing with the TSA is the easiest part of your travel day!

Although it was nice to travel on the cr0ss-country portion of our trip in business class, I’m not sure I’d do it again if it means a terminal change in LAX.  Too much hassle.

LAX is truly an embarrassment.  And logistically no fun for anyone, particularly families with kids.

Have you had an LAX connection horror story, either with or without kids?  Share your experiences in the comments!

Home for the Holidays: Introduction - asthejoeflies

[…] we were routed to take a Hello Kitty jet from Los Angeles. LAX is a terrible airport to transit, especially with kids, but the chance to fly a Hello Kitty Jet with a 2 year old girl (and my daughter too!) felt worth […]

[…] LAX is huge and at times, incredibly inefficient.  Give yourself extra time for security and check-in lines and plan for generally tougher logistics.  At about 33 miles from Disneyland, plan for about an hour from the airport to your hotel, although it can sometimes be shorter if you are traveling at a very low traffic time. […]

[…] airport.  Will you have to exit security and reenter it when you change concourses (common at LAX when connecting to partner airline, for example)?  How far might you need to walk?  Even though your 3 year old might not use a […]

This fills my heart with dread. We're going to be flying from Salt Lake Utah to London England for the 3rd time with my now, 16 month old next month. My husband was supposed to book through JFK (it's kind of half way for a run around to blow off some steam before cramming back on) but he accidently hit the LAX option, which is about an hour from SLC but 11 hours 20 minutes from London! *groan*. I honestly could have strangled someone when I realised what he'd done. Paying the $200 per person plus fare difference to change the flights just isn't an option, international travel is expensive enough as it is! I'm having mini-anxiety attacks at being on a plane for that long by myself, let alone with my 16 month old. Thankfully hubby will be there but still I'm not looking forward to it at all! I've been to the dollar store twice already and plan to go again to stock up on new things. anyway thanks to this article i'll look up the terminal beforehand!