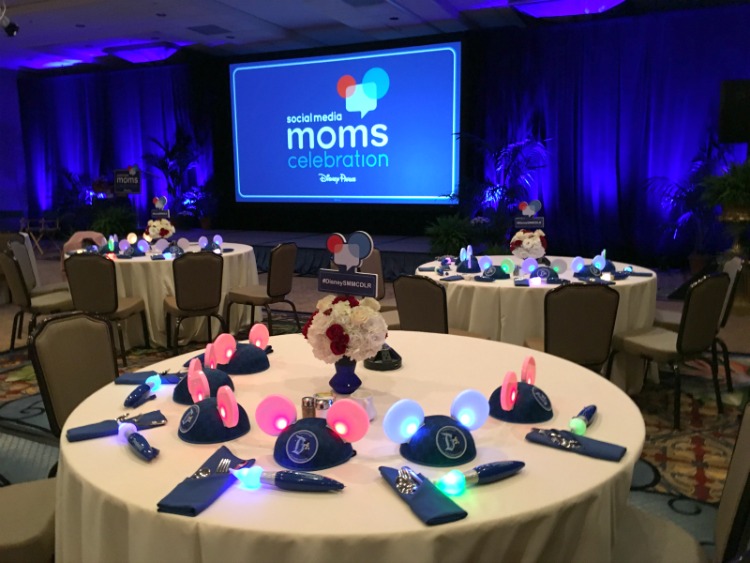 The vast majority of my travels are with my kids, but sometimes work travel means I take a solo trip here and there. Earlier this week, I had the unique opportunity to take a brief 24 hour  jaunt – solo! – down to Anaheim. My mission? To attend the third 2016 gathering of the Disney Social Media Moms Celebration On the Road, which was held at Disneyland (#DisneySMMCDLR, for short!). I went to the main Disney Social Media Moms Celebration in Walt Disney World in the spring of 2015, but Disney also hosts several smaller “on-the-road” events each year to bring Disney news and information to a wider blogging audience. 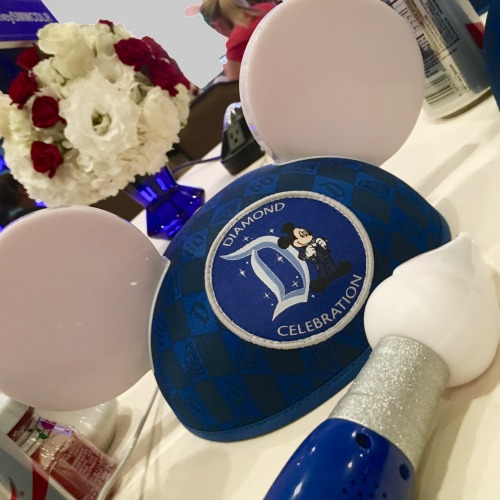 This was the first time an On The Road event was held at Disneyland, and it functioned just like a miniature version of the main event. In addition to attending the conference and getting news and education during the morning, all of the influencers then got to to into the parks at lunchtime for further fun, rides, and research. Many of the local attendees met up with their families there as well.

The event was small, with maybe 50-60 influencers in attendance. Nearly all of the attendees were from Southern California, but we had a core group of Northern California moms making a showing too, plus at least one from out-of-state. Many of my blogging friends were there, including three fellow writers from TravelingMom and two of my fellow Blogorail members. It was a perfect chance to visit and network before and between the sessions.

So what did we do, see, and learn at Disney Social Media Moms On the Road this year? 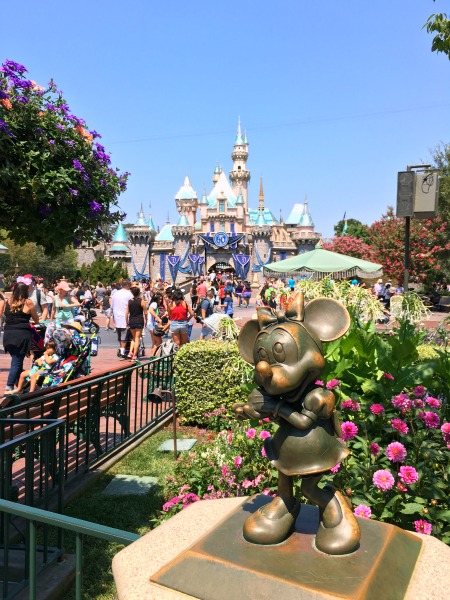 Disney Parks’ public relations team spoke to us about all the new developments and coming-soon attractions that Disney has in the works. I keep up with Disney news pretty religiously, but even I was surprised by an announcement or two!

What’s New: In case you haven’t heard, Frozen has taken over at both Walt Disney World and Disneyland of late. There’s now a Frozen ride in the Norway pavilion in Epcot and a Frozen Live at the Hyperion musical at Disney California Adventure. Both Walt Disney World and Disneyland recently debuted Soarin’ Around the World, a new twist on the already-very popular attraction (keep reading below for my take on the ride). At Disneyland, the 60th Diamond celebration is sadly coming to an end on September 5 to make way for Halloween Time, so there are just a few more days to see the last anniversary sparkle.

What’s Coming: Disney has much more planned for later this year, in to 2017, and beyond. At Disneyland, Star Wars Land will be the biggest development in years, with an opening date TBD. Hollywood Studios in Walt Disney World will also be getting its own Star Wars Land too. Disney more recently announced that the Tower of Terror in California Adventure will be re-themed and transformed into a Guardians of the Galaxy attraction. We learned that Disney Cruise Line is adding two new ships to its fleet, in 2021 and 2023. Plus – insider tip: Be on the lookout for news from Disney’s Aulani next month. Something big is in the works!

Disney’s PR team also shared their secrets for running the Disney Parks Blog, social media, and video creation. I picked up lots of blogging tips that I’m sure you’ll be seeing at work here on the site in the weeks to come.

A major part of the morning’s activities was seeing a sneak peek at the newest Disney movie coming November 23, 2016, Disney’s Moana. Set in the South Pacific, Moana tells the story of an adventurous girl seeking the sea. Walt Disney was deeply inspired and fascinated by the culture and peoples of the South Pacific (think Tiki Room), and Disney has continued that tradition in places like Trader Sam’s and Aulani and in movies like Lilo & Stitch. Moana is the perfect piece to add to that puzzle, with a healthy dose of female heroism on the side. I can’t wait to see it with my fiercely independent 7 year old daughter. The movie is visually beautiful and the storytelling promises to be powerful.

We had two special celebrity guests during the morning’s activities who were both moms doing the same juggle that attendees know well. First up was Tiffani Thiessen of Saved by the Bell and Beverly Hills 90210 fame. Yes, Kelly Kapowski in the flesh! I was a huge SBTB fan in my tween years, so I may have been fan-girling a bit. She now hosts her own cooking show in addition to being a mother of two and publishing a blog. She was incredibly down to earth and accessible. What surprised me most was that we learned she does all her own social media – no publicist takeovers for her. 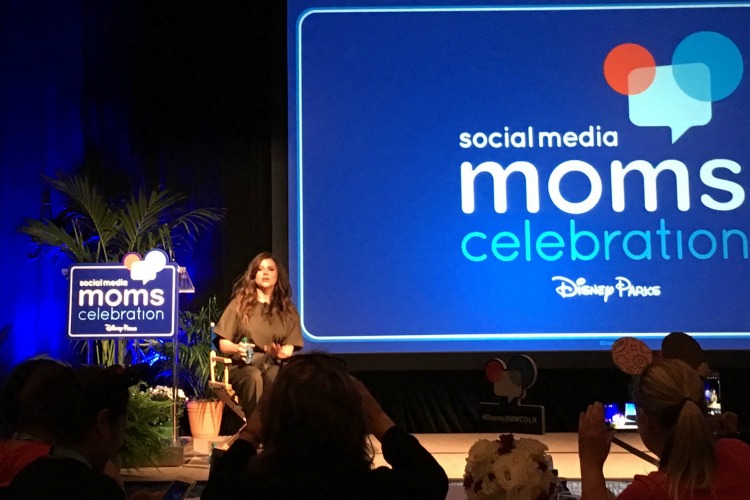 The second special guest was Ginger Zee, the meteorologist from Good Morning America and also a recent stint on Dancing with the Stars. I wasn’t as familiar with her as I was Tiffini, but was so inspired to see all the amazing travel she has done as part of her work. She spoke a bit about the abuse she sometimes takes on social media for being a working mom and was remarkably gracious in how she handles that criticism and juggles parenting with her demanding schedule. 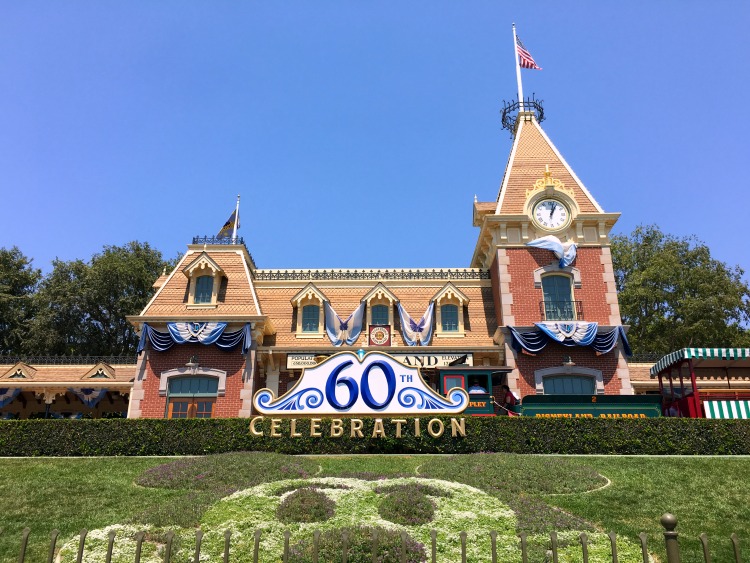 The best part about having the event at Disneyland was that all of us headed into the parks after the conference was over at noon. Attendees had the chance to check out at least one of the two newest attractions at Disneyland – Soarin’ Around the World and Frozen Live at the Hyperion. Here are the tips you need to know for each of them:

Soarin’ Around the World 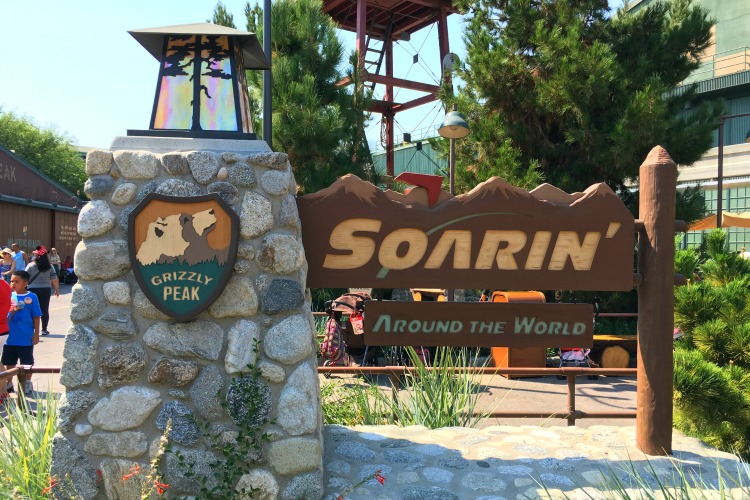 One of my favorite Disney rides of all time has been Soarin’ Over California in Disney California Adventure Park. It just got a major upgrade with a brand new movie and theme – Soarin’ Around the World. Instead of hang gliding over major sights and attractions from California, the new ride takes you over the iconic landmarks from all over the world. From the real life Matterhorn to the Taj Mahal and from the Eiffel Tower to boats sailing the ocean near Fiji, it’s an exhilarating world tour! And – spoiler alert – the final scene takes you over the Happiest Place on Earth to see the Disneyland fireworks in all their splendor, much like the original. The ride is is a can’t miss, especially for travel-lovers.

Since it has a height minimum of only 40 inches, most younger kids (starting around age 3.5 or 4) will be able to ride. Fastpass is important to avoid long waits, but be aware that the wait with Fastpass is still significant – usually 20+ minutes. It’s not a walk-on like many other Fastpass rides. There’s also a single rider line for families with older kids who wouldn’t mind being split up in exchange for a shorter wait. Families with kids too small to ride can use Rider Switch. 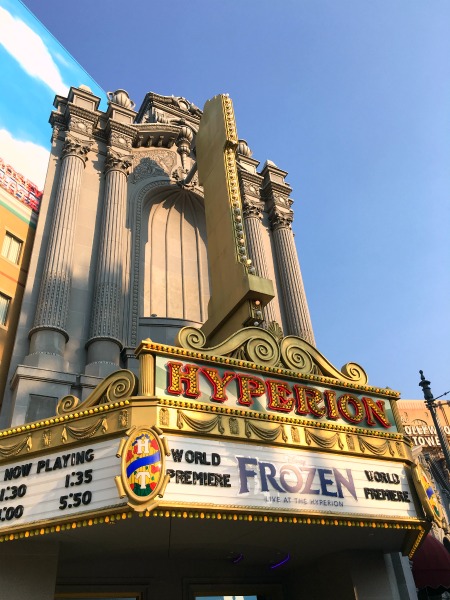 Frozen Live at the Hyperion

Due to my very short visit, I wasn’t able to get into Frozen Live at the Hyperion but I did my research on the ground to find out how you can see it. The bottom line? A Fastpass is essential. While the shows do have a standby line, there is no guarantee that ANYONE from that line will get in. Many people find themselves waiting in that line for 30 minutes to an hour or more with no payoff. And even with a Fastpass, be prepared for some line standing and waiting. From my friends who did see it, I heard that the show doesn’t disappoint. I’ll just have to make sure to schedule it for my next trip! (For more advice on the best strategies for Frozen Live at the Hyperion, check out Disneyland Daily’s Frozen tutorial.

After an early morning conference, a full afternoon and early evening in the parks (with churro and Dole Whip snack breaks, of course), it was off to the airport and back home for me. The 24 hour trip was definitely a whirlwind but well worth it to get the inside scoop on all things Disney – no one does it like Disney does!

Disclosure: Disney invited me to the Social Media Moms On the Road event, hosted me at the conference, and provided a complimentary park ticket and a few other souvenirs and surprises. All other costs – including my flights and hotel – were at my own expense. As always, all opinions are my own!