Planning a spring or summer vacation to the Happiest Place on Earth? Disneyland is ever-changing, and every season brings something new. This 2020 year has more new attractions, shows, parades, and everything else that will make any Disneyland vacation special and memorable. From the addition of the brand new Magic Happens parade in Disneyland park to the anticipated big reveal of Avengers Campus in Disney’s California Adventure, at lot will be in major flux the next few months. Find out what you really need to know about what’s new at Disneyland this spring and summer 2020, including the best times to go! 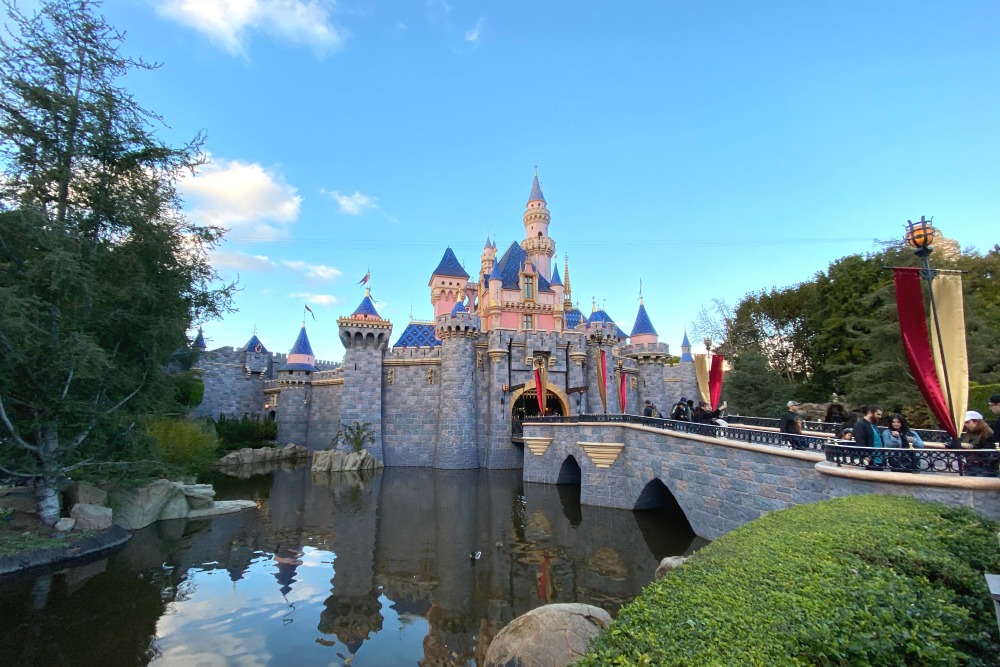 Any time you are planning a Disneyland vacation, it’s always smart to do a little research to make sure you are getting the very best deal when you go. Luckily, there are awesome deals for spring 2020 travel already released! Trips With Tykes partners exclusively with Get Away Today. which has ticket specials and deals galore right now at prices that are cheaper than Disney direct. Those include: 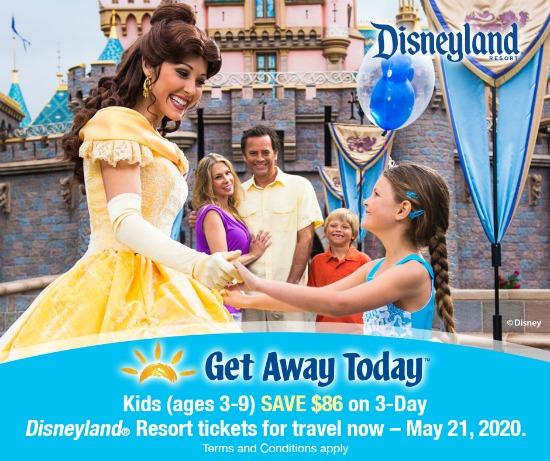 These amazing ticket deals can further be combined with Get Away Today’s discounted vacation packages. If you are booking a vacation package with a least 2 tickets and 2 nights of hotel, use the code TYKES10 for an additional $10 off.

Advanced tip: Book your Get Away Today trips with the right credit card and you can potentially earn even more in travel rewards. Find out which credit cards give you a savings and earning double dip in my guide to the best credit cards for Disney.

Now on with what’s new at Disneyland this spring and summer….

Star Wars: Rise of the Resistance 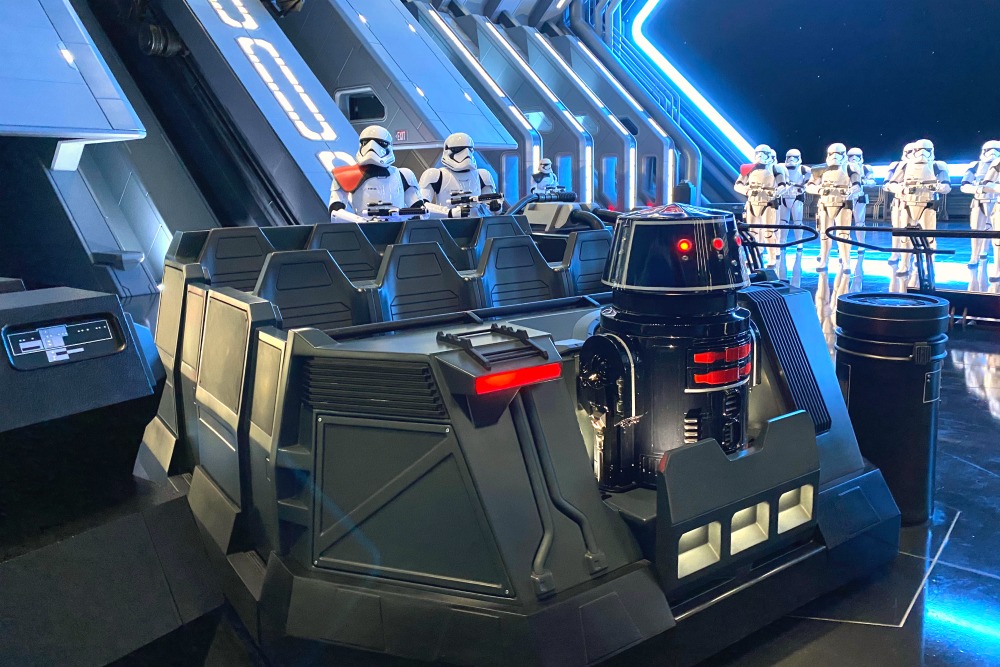 The second and most highly anticipated attraction in Star Wars: Galaxy’s Edge is here. Star Wars: Rise of the Resistance opened January 17, 2020 to truly record demand. I expect it will continue to be the most sought after experience all spring and summer, affecting crowd patterns for many months to come.

This attraction, which is part experience and part ride, takes guests on an adventure as they join the Resistance and then are captured by the First Order. The attraction has multiple scenes and phases, culminating in a ride aboard a trackless ride vehicle through a pretty epic interstellar battle. A lot of tough critics are calling it Disney Imagineering’s best ride yet, so it is pretty much a must-do if you have kids tall enough for the 40 inch height minimum.

In fact, the attraction is so popular that Disney has had to offer a special same-day virtual queue just to access it. There is no FASTPASS or MaxPass option for now — or even a standby line! The queue is so in demand that spots in it are running out most days in a single minute or two. I’ve shared all the strategies for snagging a spot on the queue for the attraction in my Rise of the Resistance wait time guide, so be sure to check it out before your spring and summer travels so you don’t miss out. 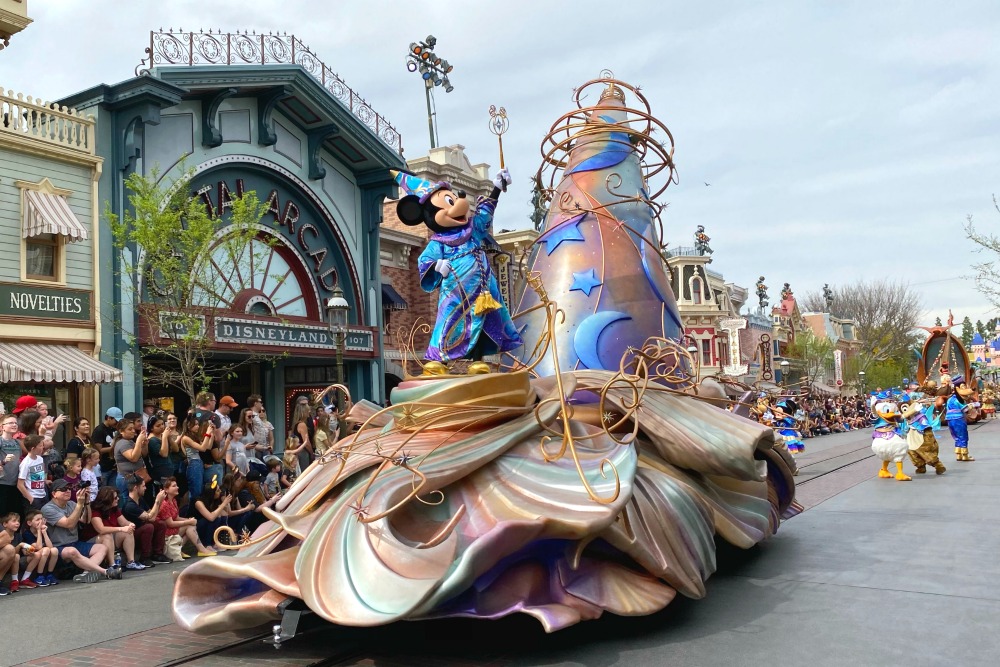 The next major reveal of this spring season is a brand new parade for Disneyland park. Announced at the D23 Expo last summer, the Magic Happens parade debuted on February 28, 2020. The parade runs daily at both 3:30 and 6:00 pm, but always confirm times in the Disneyland app or in the printed showtimes guide on the day of your visit.

The Magic Happens parade features 9 entirely new floats with characters from Disney and Pixar movies like Moana, Coco, The Sword in the Stone, Cinderella, Frozen 2, Sleeping Beauty, and The Princess and the Frog. Mickey Mouse leads the parade, with appearances along with Minnie Mouse, Donald Duck, Goofy, Pluto and Chip ‘n Dale. The parade includes new music from popular Broadway star and YouTuber Todrick Hall that you can’t help but dance to.

Dining packages are available that include preferred viewing area for the parade if you don’t want to spend time camping out for the best spot. The package includes lunch and a drink at Plaza Inn and is available between 1:00pm-3:30pm. Note that reserver viewing is for the second parade. The cost is $40 per adult and $25 per child ages 3-9.

I was there on for a media preview as well as opening day to cover it all, and thought this parade was definitely a worthy and impressive addition to the parks (be sure to check out even more photos of it on my Instagram.) The parade is bold and energetic with a good mix of classic and newer characters. I’ll definitely be taking my kids on our next trip even though we don’t usually make parades a priority. One thing to note is that the parade is different after dark. Many of the floats have light up effects that add to the magic. I personally preferred the night time showing a bit more but go with whatever works for your touring plans! 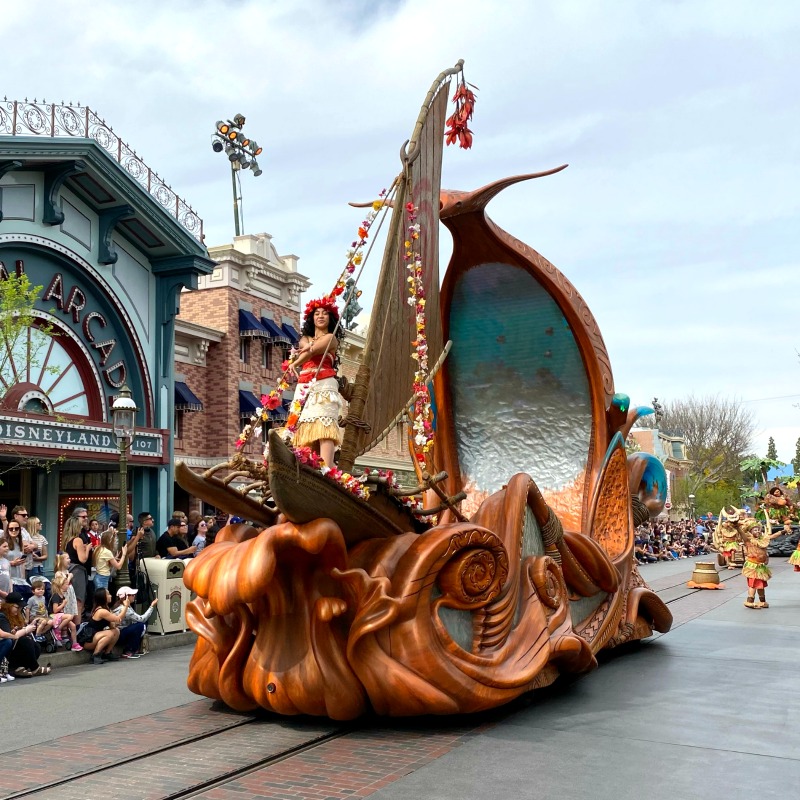 The Disney California Adventure Food & Wine Festival is an annual event that happens each spring in DCA, running this year from February 28-April 21, 2020. But the reason it makes this “What’s New” list every year is that so many elements in the festival change annually. 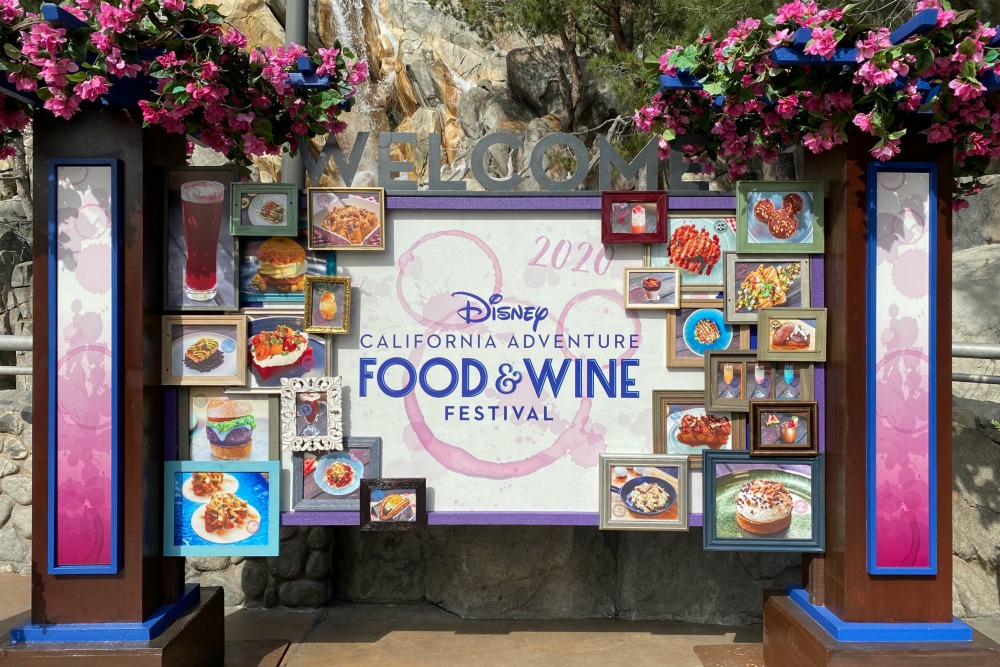 The great majority of the food offerings at the marketplaces are new each year, with a couple of classic favorites thrown in. Be sure to check out my complete guide to Disneyland’s 2020 Food & Wine Festival as you plan trips in the March and April time frame to see some of my 2020 favorites.

So what’s new to look for in 2020 in addition to the new menu items? The festival now features Chef Goofy at a meet and greet in Hollywood Land and an increasing number of free offerings (vs. the paid offerings of the past). The food kiosks are even more colorful than ever. Several feature Instagram walls on the side of the booths in keeping with the food featured. A few more have moving features on their signs that are eye-catching as well.

As if last summer’s opening of Star Wars: Galaxy’s Edge wasn’t enough, the summer of 2020 is going to be all about all things from another compelling movie franchise – Marvel’s Avengers. A brand new land, located on the spot in DCA where a bug’s land once stood, will be opening as Avengers Campus. The borders of the land will change a bit, expanding to include the already open Guardians of the Galaxy – Mission: BREAKOUT!

Avengers Campus will be opening in stages, with the first stage opening July 18, 2020. This is the day after Disneyland’s 65th anniversary so expect lots of celebrations in both parks around this time.

The first attraction coming to this land will be Spider-Man themed and will be called WEB SLINGERS: A Spider-Man Adventure. Set in the Worldwide Engineering Brigade (WEB), guests get to test drive a Web Slinger vehicle that allows the to sling webs just like the superhero.

On the restaurant front, the feature dining establishment opening with the first phase of the land is Pym Test Kitchen. Inspired by Ant-Man and The Wasp, this eatery will use “Pym Particles” to grow and shrink food. Just what that actually means in practice though remains to be seen!

Last but certainly not least, expect a lot of character meet-and-greets sure to please every Marvel-loving kiddo. Black Widow, Ant-Man and The Wasp, Doctor Strange, Guardians of the Galaxy, Iron Man, and characters from both Black Panther and the Thor franchises are all on the agenda. (Disney has teased a lot of the specifics in this Disney Parks Blog post that was just released and I’ll keep updating this post as more information comes out!)

While Disney isn’t opening any new properties of its own (yet!), I’d be remiss not to share about all the hotel construction that is going on all around the two theme parks. In short, Anaheim is having a bit of a hotel boom, and that’s great news for Disneyland guests.

There are also multiple additional major hotel openings expected this spring and summer that will bring even more lodging options to the table. Most notably, a few of these properties will bring more luxury hotel options within walking distance of the Disneyland parks, a notable gap that needed filling!

Hotels to watch out for include: 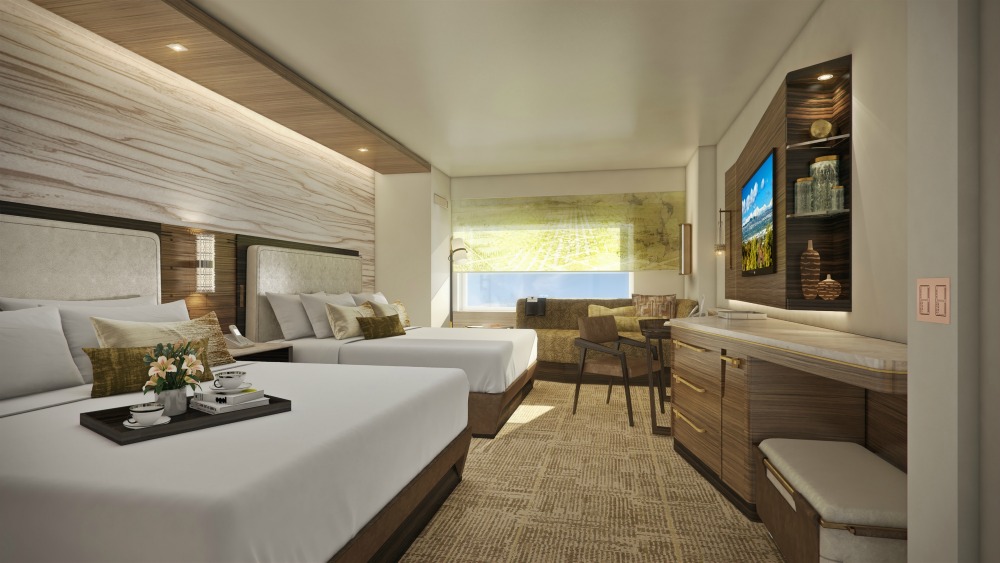 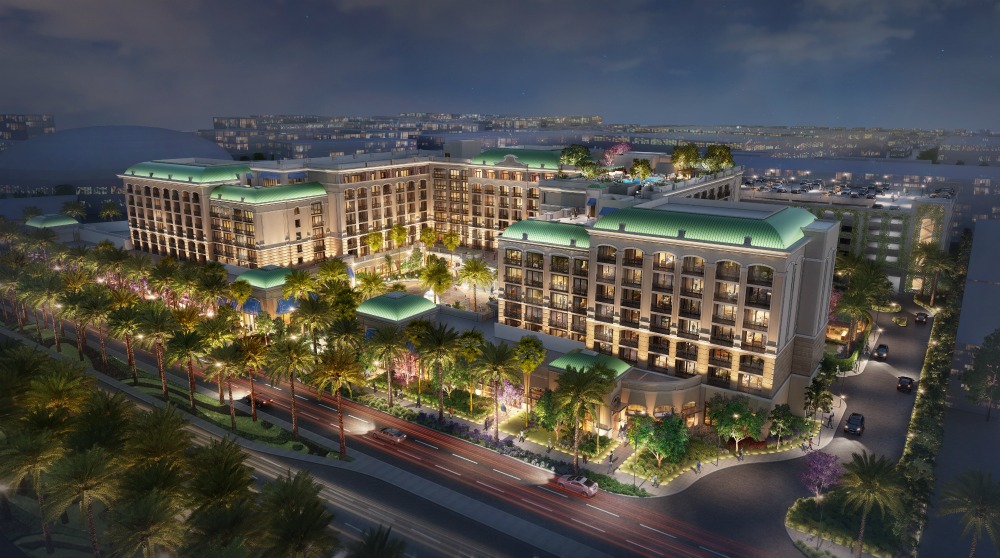 Other New Attractions & Offerings To Look Out For

While not as big as the major events and expansions like Avengers Campus, Disneyland has lots of smaller new offerings and updates all the time. This spring and summer, look for the following too (and check back at this list as news continues to trickle out – I’ll keep updating it!): 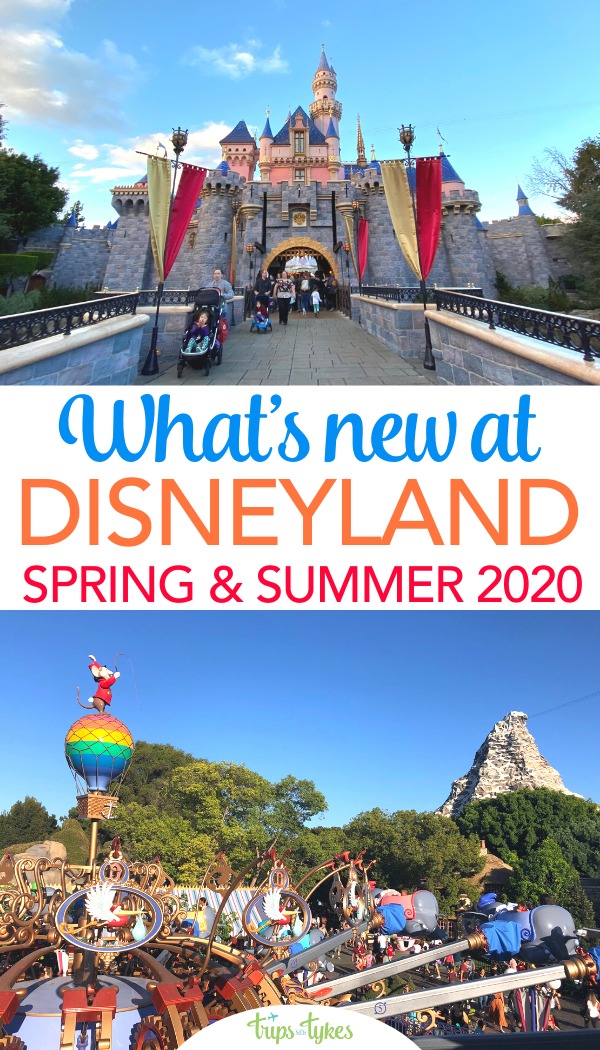 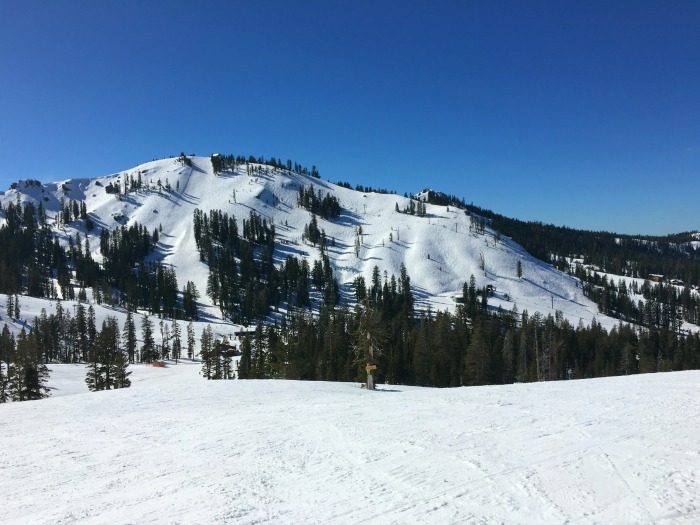 Next
Disneyland Food & Wine Festival 2020: Tips, Tricks, & What to Know Before You Go
Click here to cancel reply.

The first range is a 100-yard, single- firing-point tunnel that is used to zero rifles and evaluate ammunition. The tunnel, like the live-fire range, is rated for calibers up to .50 BMG. One of the unique features is an acoustic-based video system that plots each bullet strike on a computer monitor. This negates the need for posting or retrieving paper targets. The system provides immediate feedback and maximizes the customer’s shooting time.

I’ve always wanted to take my family to Disneyland but the anticipated summer crowds are such a turn off, I’ve never planned a trip. This guide will be super useful.

I always thought Disney World was supposed to be bigger and better than Disney Land, but all that Star Wars stuff is really making me think otherwise... ?

Disney Land is one of my dream place to visit. Enjoyed reading the article above, really explains everything in detail, the article is very interesting. Thank you for sharing.